E-Tech Resources Inc. (TSXV: REE) (formerly Battery Road Capital Corp.) (“E-TECH” or the “Corporation”) is pleased to announce its listing on the TSX-V.

E-Tech Resources Inc. (TSXV: REE) (formerly Battery Road Capital Corp.) (“E-TECH” or the “Corporation”) is pleased to announce its listing on the TSX-V. At this time the Corporation is pleased to present a technical disclosure of its Eureka rare earth element project in Namibia, as addressed in its Management Circular Information release as of September 17, 2021.

The Corporation produced its current Mineral Resource Estimate (“MRE”) for the Eureka Project with an effective date of August 2, 2021. The MRE was prepared by SRK Consulting (Canada) Inc. (“SRK”). An Independent Technical Report titled: “Independent Technical Report: Eureka, Rare Earth Project, Namibia” was released on September 15, 2021 prepared by SRK, supporting the disclosure of the MRE, and is available on SEDAR and the Corporation’s website.

The Corporation has continued to advance its exploration targets since issuing the MRE. Exploration work designed to expand the MRE to date includes 2450 metres of trenching and 3300 metres of Reverse Circulation (“RC”) drilling. In June 2021, the Corporation commenced the planned 4000 metre Diamond Drilling (“DD”) campaign. RC and DD drilling samples will be submitted for assay as soon as possible. Results are expected in Q1 2022, dependent on lab processing time.

Exploration started in 2016 with ground magnetic and radiometric surveys over the known carbonatite outcrops to generate a number of drill targets. In March 2017 E-Tech Namibia completed 19 reverse circulation (“RC”) drillholes for a total of 610 m in Zones 1, 2 and 3. During Q2 2019, 1.2 km of trenching was completed on Zones 1, 2 and 3 and reconnaissance mapping located previously unknown mineralisation south of Zone 3. All drill pad sites and trenches have since been rehabilitated. At least fourteen en-echelon REE-bearing dolomite carbonatite dykes have been identified; these are found in four zones which are within several hundred metres of each other. The dykes are generally 0.5 m – 4 m thick and are principally composed of coarse dolomite with a variable abundance of coarse low-thorium monazite as crystals up to 20 cm in size (the host mineral of the REEs). Locally, the dykes are surrounded by a thin selvage of skarn-like rock containing finer grained monazite. Early beneficiation test work has shown optimum liberation of the target mineral monazite at a course fraction, with 65 % recovery of monazite concentrate by gravity separation alone. The concentrate is upgraded by removal of magnetite by low intensity magnetic separation (“LIMS”) to a grade of 59.2 % Total Rare Earth Oxide (TREO).

Early exploration work on the Eureka Project delivered a maiden inferred Mineral Resource of 310 Kt at an average grade of 4.8 % TREO, or 310 Kt of 0.7 % NdPrO, with a 1.3 % TREO cut-off applied. SRK Consulting reported the project as having reasonable potential to be economically exploited by open pit mining, milling and gravity circuit separation. In terms of adding to the Mineral Resource, SRK recommend further mapping, trenching and drilling based on the areas where geophysics has produced radiometric anomalies. E-Tech commenced with these studies in 2021 which are currently underway. SRK reported an ‘Exploration Target’ of between 0.5 Mt and 1.5 Mt at a grade of between 2 % and 5 % TREO.

Baseline environmental monitoring equipment has been installed at the Eureka site to monitor changes in the local environment ahead of the ramp-up of exploration works.

Following the assay results from the current 2021 campaign, further infilling and expansion is planned to test the dykes’ lateral and depth continuity. Work is planned across all zones, as well as testing additional outcrops and geophysical anomalies chiefly in Zone 3 and Zone 4. Additional mineralogical characterisation of the host lithologies is planned to aid in further metallurgical optimisation.

Further exploration plans will be finalized and undertaken in 2022 following the receipt and analysis of assay results of samples taken from the currently completed drilling campaigns.

Pete Siegfried, BSc. (Hons), M.Sc., is a Consulting Geologist and director of GeoAfrica Prospecting Services CC. and has reviewed and approved the scientific and technical information in this news release. Mr. Siegfried is a member of The Australasian Institute of Mining and Metallurgy (AusIMM) membership number: 221116 (CP Geology), and a Qualified Person for the purposes of National Instrument 43-101.

E-Tech Resources Inc. (TSXV: REE) is a rare earth exploration and development company focused on developing its Eureka Rare Earths Project in Namibia. The Eureka Project is located approximately 250 km north-west of Namibia’s capital city Windhoek and 140km east of Namibia’s main industrial port Walvis Bay. The project is situated next to the national B1 highway in the Erongo Region of Namibia. The Eureka deposit lies in the Southern Central Zone of the Neoproterozoic Damara Belt within Exclusive Prospecting Licence (“EPL”) number EPL 6762; which covers Eureka Farm 99 and Sukses Farm 90. Namibia is recognized as one of Africa’s most politically stable jurisdictions, with an extremely well-established national infrastructure and a clear and transparent mining law. The Corporation continues to assess new project opportunities and expand its Southern African portfolio.

Further details are available on the Corporation’s website at www.etech-resources.com or contact Elbert Loois, CEO of E-Tech Resources Inc., at +1 (902) 334 1949.

This press release may contain forward-looking information, such as statements regarding the completion of the work in Namibia by E-Tech, timing of re-listing of the Corporation’s common shares, and future plans and objectives of E-Tech. This information is based on current expectations and assumptions (including assumptions in connection with the continuance of the applicable company as a going concern and general economic and market conditions) that are subject to significant risks and uncertainties that are difficult to predict, including risks relating to the ability to satisfy the conditions to completion of exploration programmes and to working conditions in Namibia. Actual results may differ materially from results suggested in any forward-looking information. E-Tech assumes no obligation to update forward-looking information in this release, or to update the reasons why actual results could differ from those reflected in the forward-looking information unless and until required by applicable securities laws. Additional information identifying risks and uncertainties is contained in filings made by E-Tech with Canadian securities regulators, copies of which are available at www.sedar.com. 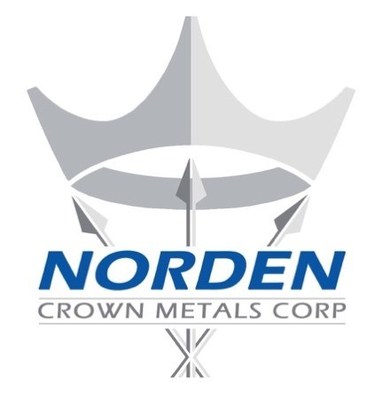 Investing News Network
Gaming
Fast-rising play-to-earn NFT game Kart Racing League has announced the listing of its governance token, KRL, on top centralized exchange BitMart. KRL will be available for trading in BitMart starting December 6, 2021 ahead of the much-anticipated release of the Kart Racing League game which will be fully-released on December 10 . The game was developed by Blue Monster Games Inc. a Florida -based company that ...

Fast-rising play-to-earn NFT game Kart Racing League has announced the listing of its governance token, KRL, on top centralized exchange BitMart. KRL will be available for trading in BitMart starting December 6, 2021 ahead of the much-anticipated release of the Kart Racing League game which will be fully-released on December 10 . The game was developed by Blue Monster Games Inc. (BMG), a Florida -based company that specializes in the development of unique NFT games. This marks the company's first major listing.

In a statement, BMG CEO Joseph Rubin said: "After successful KRL listings on the decentralized exchanges Sushiswap and Quickswap, we are excited to move to the next stage of our roadmap by listing on a centralized exchange and the choice of BitMart is a no-brainer. BitMart is a massive exchange with over 5 million registered users and billions in trading volume and KRL can benefit massively from this exposure."

Kahn Swick & Foti, LLC ("KSF") and KSF partner, the former Attorney General of Louisiana, Charles C. Foti, Jr., remind investors that they have until December 6, 2021 to file lead plaintiff applications in securities class action lawsuits against Bristol-Myers Squibb Company ("BMS" or "the Company") (NYSE:BMY), if they received Contingent Value Rights ("CVRs") in exchange for their shares of Celgene Corporation pursuant to BMS' acquisition of Celgene on November 20, 2019. These actions are pending in the United States District Court for the Southern District of New York

What You May Do