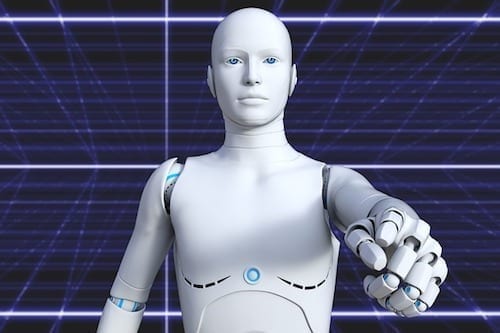 What are the top robotics stocks? Here’s an overview of seven companies in the space that tech investors may want to consider.

By 2022, the firm estimates that yearly sales numbers will reach US$210.3 billion, growing at a compound annual growth rate (CAGR) of 20.2 percent over that time period.

The report further states that the majority of its 2019 sales figure will be made through robotics sales, with that number projected to reach US$103.4 billion.

Of all robotics spending, two-thirds will be from hardware purchases. Meanwhile, wholesale spending is projected to be the fastest growing industry between 2017 and 2022, with a CAGR of 30.4 percent during the forecast period.

A separate report from Statista shows that the revenue generated from the robotics market globally, both industrial and non-industrial, will reach $237.28 billion in 2022, up from about $40 billion in 2017.

On that note, the Investing News Network is providing an overview of seven robotics stocks that trade on North American exchanges. With the global industry fueled for massive growth in the coming years, the time is ripe for investors to jump into this space.

The stocks below are listed in alphabetical order. All numbers and figures were current as of April 2, 2019. Here’s a closer look at the companies.

Cognex is an industrial automation play that provides machine-vision products that obtain and analyze visual information in order to automate tasks where vision is needed. Cognex also operates through machine-vision technologies, which are used to automate the manufacturing and tracking of discrete items, including mobile phones, medications and automobile tires.

In early April, Cognex announced new products to advance the barcode-reading and verification experience, with capabilities of twice the speed of conventional fixed-mount barcode readers.

FANUC provides leading robotics, CNC systems and factory automation. FANUC is one of the pure plays in industrial automation, and celebrated the production of its 500,000th robot in November 2017.

Based in Japan, FANUC has 261 locations in 107 countries across the world. In May 2018, the company announced that it was expanding two of its factories and constructing one new one, totaling 17 billion yen in funding costs.

iRobot is a consumer robot company that designs and builds robots. Its portfolio includes concepts in mapping, navigation, mobility and artificial intelligence. It is also famously known for creating the Roomba, which is a floor-vacuuming robot.

The company generated a record US$1.1 billion in revenue in 2018 according to its fiscal year-end results released in February.

KUKA is a German manufacturer of industrial robots that provides solutions for factory automation. The company, which has subsidiaries in 30 countries, is a specialist in the field of robotics and automation technology with a wide selection of robots.

The acquisition was worth US$1.7 billion, one of 2018’s largest deals in the orthopedic industry.

Rewalk Robotics is another medical device company that works to design, develop and commercialize exoskeletons that give people with mobility impairments the ability to stand and walk.

The company continues to expand its product portfolio and, in early April, announced a cheaper walking device for stroke victims.

The former involves various hardware, software and communication components of the company’s integrated control and information architecture, while the latter offers products that perform control disciplines and application monitoring.

Not included in this list is privately owned Boston Dynamics, which has become a pioneer of American engineering and robotics design. The company, which is owned by Softbank Group (TSE:9984), made headlines for a video featuring two robots opening a door.

×
See our exclusive index of Robotics companies on the move
EXPLORE