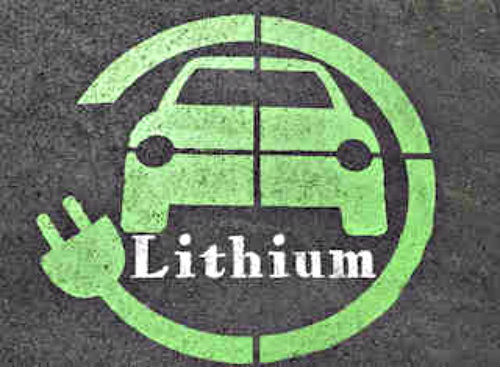 Interested in lithium-mining companies? Take a look at our list of the world’s top lithium producers by market cap.

For a long time, most of the world’s lithium was produced by an oligopoly of producers often referred to as the “Big Three”: Albemarle (NYSE:ALB), Sociedad Quimica y Minera de Chile (NYSE:SQM) and FMC (NYSE:FMC).

Rockwood Holdings was on that list as well before it was acquired by Albemarle several years ago, making Albemarle that much bigger.

However, the list of the world’s top lithium-mining companies has changed in recent years. The companies mentioned above still produce the majority of the world’s lithium, but China accounts for a large chunk of output as well. The Asian nation was the third largest lithium-producing country in 2018 in terms of mine production, coming in behind Australia and Chile.

All in all, the market share for the Big Three lithium producers has dropped from about 85 percent to 53 percent, while China now has about 40 percent of the world’s market share. In the future, China is expected to fuel lithium-ion battery production, which is set to increase substantially in the coming years as demand for electric vehicles increases.

In other words, lithium investors need to be keeping an eye on lithium mining companies in China in addition to the New York-listed chemical companies that produce the material. Indeed, lithium expert Joe Lowry has written extensively about China’s rising share of the lithium market.

As the landscape of lithium-mining companies continues to change, investors would do well to keep an eye on major players — Lowry has suggested that there could be an alliance forming as they try to ensure they are able to meet rising demand from the electric cars sector. Read on for an overview of the current top lithium-producing firms by market cap. Data was current as of May 7, 2019.

Lithium producer Tianqi Lithium is a subsidiary of Chengdu Tianqi Group, headquartered in China. It is the world’s largest hard rock lithium producer. In 2012, Tianqi beat out Rockwood Holdings to take control of Talison Lithium, which controls the Greenbushes mine in Australia. However, it subsequently sold a 49 percent interest in Talison to Rockwood Holdings, which, as mentioned, is now owned by Albemarle. Tianqi paid US$209.6 million for a 2.1 percent stake in SQM in September 2016.

Two expansions are now in the works at Greenbushes. It is worth noting that Talison ended a dispute with Global Advanced Metals over those plans in 2019 — the company owns the rights to tantalum and other minerals produced at Greenbushes, and had asked that any expansions be halted to ensure its rights were secure. Talison has confirmed that part of the deal includes the delivery of a new tantalum recovery circuit to Global Advanced Metals.

In 2018, Tianqi boosted its interest in SQM, acquiring a 23.77 percent stake in the firm for US$4.07 billion. The initial excitement was dampened when it was revealed that the acquisition would be investigated by Chilean competition watchdog FNE. The purchase finally went through in December 2018.

Jiangxi Ganfeng Lithium is another important Chinese lithium producer that investors should be keeping an eye on. The company is China’s second largest lithium producer, and like Tianqi, Ganfeng is also buying up interests in lithium companies outside of China.

The Chinese mining company has interests in six lithium resources in Australia, Argentina, China and Ireland, but its primary source of lithium raw materials is Mount Marion in Western Australia.

Ganfeng owns a 14.7 percent stake in lithium junior International Lithium (TSXV:ILC,OTC Pink:ILHMF), and, in July 2015, it signed a memorandum of understanding for an offtake agreement with Australia’s Reed Industrial Minerals, owned by Neometals (ASX:NMT) and Mineral Resources (ASX:MIN,OTC Pink:MALRY).

Albemarle is one of the largest lithium producers in the world, with 5,000 employees and with customers in 100 different countries worldwide. Besides lithium, Albemarle produces bromine and provides refining solutions and chemistry services for pharmaceutical firms.

When Albemarle closed its acquisition of Rockwood Holdings in early 2015, it became a heavyweight in the lithium space. The company owns lithium brine operations in the US and in the Salar de Atacama in Chile, and, as mentioned above, it owns a 49 percent stake in the massive hard rock Greenbushes mine.

In March 2017, Albemarle announced plans to double production at Greenbushes. It’s expected that capacity will reach 1.34 million tonnes of lithium concentrate per year once a second production facility at Greenbushes is completed in 2019. A second expansion was announced in July 2018.

Also in 2018, Albemarle announced that its request for an increase in its lithium quota had been approved by Corfo. The company is now authorized to produce up to 145,000 metric tons (MT) of lithium carbonate equivalent per year in Chile until 2043.

Last year, Albemarle also signed a deal to invest US$1.15 billion in a joint venture with Mineral Resources, which will own and operate the Wodgina hard rock lithium mine in Western Australia, with plans to develop a plant producing lithium hydroxide for batteries.

SQM claims to be the world’s largest lithium producer, with offices in over 20 countries and customers in 110 nations across the globe. The firm has five business areas, ranging from lithium and derivatives to potassium to specialty plant nutrition.

The lithium producer faced some challenges in 2015. It spent plenty of time butting heads with Chile’s Corfo over its leases in the Salar de Atacama, where the company’s lithium brine operations are located. After many failed meetings, SQM and Corfo came to a resolution in mid-January 2018.

In 2016, SQM and Lithium Americas announced they would develop the Cauchari-Olaroz lithium project in Argentina via a joint venture, marking SQM’s first investment in the raw material outside of Chile. Two years later, Ganfeng purchased SQM’s stake in the project; according to Ganfeng and Lithium Americas, first production of the mineral is still set to take place in 2020.

SQM is also developing the Mount Holland lithium project in Australia, which is known as one of the world’s largest hard rock mining deposits, in a joint venture with Kidman Resources (ASX:KDM,OTC Pink:KDRYY). In May, Wesfarmers made a takeover offer for the Australian lithium mining company, but said it will continue to develop the project in partnership with SQM.

Livent, which spun off from FMC last year, operates its lithium business in the Salar del Hombre Muerto in Argentina. In October 2016, FMC signed a long-term lithium carbonate supply deal with Nemaska Lithium (TSX:NMX,OTCQX:NMKEF), wherein Nemaska would supply FMC with 8,000 MT of lithium carbonate per year beginning in mid-2018. In February 2019, Nemaska ended the agreement after it faced financing challenges for the development of its Whabouchi project in Quebec.

In early January 2018, FMC announced that it would be expanding production in Argentina over the next few years, with annual output expected to exceed 40,000 MT of lithium carbonate equivalent. The announcement also stated that FMC would be moving towards separating its lithium business. More on this was revealed when FMC announced in July 2018 that it would be rebranding its lithium business and naming it Livent. The company said it believes the name Livent has a “universal appeal.”

In October 2018, Livent’s initial public offering was priced below the expected range, with its share price under pressure since then due to market volatility, electric vehicles subsidy changes in China and lower demand for lithium hydroxide from some of its main customers.

Aside from the world’s top lithium producers, a number of other lithium companies are producing alongside the giants.

Securities Disclosure: I, Priscila Barrera, currently hold no direct investment interest in any company mentioned in this article.