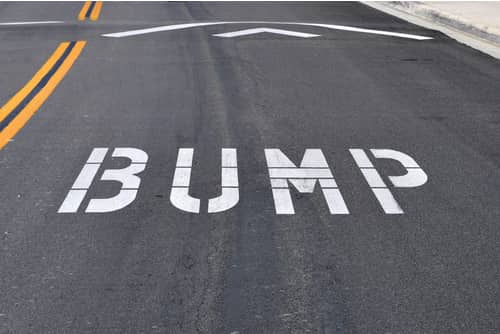 In 2019, investors in the marijuana space saw a tumultuous year that bought a critical reexamination of the space at large.

As 2019 wraps up, marijuana industry observers are left to pick up the pieces of a chaotic year — a period that gave investors one of the strongest market reality checks so far.

Despite critical political movement alongside the development of new product varieties, investors and companies faced the crushing aspect of growing pains for marijuana stocks. Long gone are the days of inexplicable double-digit price jumps based on sentiment.

Here, the Investing News Network (INN) offers a look back at the most critical developments in the industry alongside commentary about cannabis trends from 2019.

For a recap of the year with highlights per quarter in 2019, investors can read up on Q1, Q2 and Q3.

This past year has offered a new set of standards for those interested in investing in marijuana stocks. A fresh reality has set in, with analysts and investors demanding higher scrutiny from their picks and no longer taking announcements purely at face value.

“Investors have started to ask more discerning questions about each opportunity, to differentiate business models and to focus on the path to profitability,” Jeff Fallows, president of Valens GroWorks (TSXV:VGW,OTCQX:VGWCF), told INN.

But what’s at the core of these drastic sentiment changes? For many experts, the sector is simply maturing; while it’s been a difficult time for investors, it is a necessary step in the creation of a market.

While in the past companies with little relation to the established players in the industry would enjoy share price boosts during upswings for the entire market, the key now is differentiation.

“When a downdraft happens, all companies are taken down with it,” Clint Sharpless, CEO of Heritage Cannabis Holdings (CSE:CANN,OTCQX:HERTF), told INN.

Although many expected that the opening of legal sales in Canada would create a thriving market, the actual results have highlighted the slow pace of expansion in the country.

Due to a limited amount of stores in critical markets such as Ontario and British Columbia, sales have been a disappointment, according to Mark Noble, senior vice president of exchange-traded fund (ETF) strategy at Horizons ETFs Management (Canada).

In an email, Sherri Altshuler, partner and co-chair of capital markets and cannabis groups at Aird & Berlis, said the volatility this past year was due to “growing investor distrust and demand for results.”

Yet one of the hotbeds for the cannabis market — the Canadian Securities Exchange (CSE) — saw another year of growth regarding its marijuana holdings.

This shift, according to Altshuler, has also caused a drop in go-public transactions and financing activity across the board.

“The concern about valuations was certainly warranted, as we’ve seen more than a 40 percent decline in the sector year-over-year,” Noble told INN.

Investors have adjusted in many different ways throughout 2019. Ashley Chiu, EY’s cannabis strategic growth and risk leader, told INN she noticed a change from talk about “funded capacity” as a metric for cannabis companies to more direct discussions on the road to profitability instead.

Volatility was also strong in the market given the strong Canadian retail investor base for cannabis stocks, Noble told INN.

“There is very little institutional money in the marijuana sector, so these investors can be deterred by changes in the market very quickly,” he said.

This past year served as the culmination of a shift in investor attention from Canada to the US. While interest remains present for Canadian leaders, experts have noticed more interest in US stocks, mostly due to the bigger opportunity attached to the country and the discount in valuations for US names.

Multi-state operators commanded the attention of investors with constant state expansions and with solidification in particular states. However, these companies faced a critical challenge thanks to antitrust reviews from the federal government because of the size of their acquisitions in the space.

While these reviews caused some investors to worry about the state of the market, one expert views them as a beneficial marker for the industry moving forward.

Russell Stanley, an analyst covering the sector with Beacon Securities, told INN he noticed the uncertainty rising within the sector due to the delay in deal completions associated with Hart-Scott-Rodino antitrust regulations. But he indicated the oversight may benefit the space since the companies will be able to better structure their transactions, or might even completely change course.

“This has reduced the balance sheet strain faced by companies today, while minimizing the risk and magnitude of eventual acquisition-related writeoffs,” Stanley commented to INN. “Buyer’s remorse is not necessarily a bad thing.”

Despite the rush for the US markets, Stanley told INN he was surprised to see the failure of full legalization in key states like New York, New Jersey and Connecticut.

“There had been so many state-level victories leading up to spring 2019 that the loss of momentum caught many off guard,” he said.

The Canadian cannabis market took a brutal hit as revelations of wrongdoings from established licensed producer CannTrust Holdings (NYSE:CTST,TSX:TRST) came in. The firm willingly operated outside regulations from Health Canada and paid the price.

Alongside the downfall for CannTrust, including the public outing of its then-CEO Peter Aceto and Eric Paul, a former CEO and chairman, the sector faced increased questions of accountability and regulations.

“Unfortunately, these revelations caused investors to lose confidence in a sector that was already having a difficult year,” Taerk and Waterson told INN.

Scott Cuthbertson, vice president of investor relations with Biome Grow (CSE:BIO,OTCQB:BIOIF), told INN he still views this case as the most striking item of the year. Cuthbertson said CannTrust, being “foolish enough to try and do what they did,” dragged the entire sector with it.

During 2019, investors learned of the very real pitfalls in the marijuana stock market; however, the sector still enjoyed a period of maturation that may — in the long run — benefit the entire space.

At the MJBizCon year-end event in Las Vegas, Nevada, an immediate theme appearing out of the first day of panels was the need to understand that investing in marijuana is still a desirable activity; put simply, the market has evolved enough that fundamentals will now dominate the picks in the space.

“In our view, 2019 showed investors that not all business models are the same, and potential investment gains lie in identifying the companies that have a strategic advantage, a strong balance sheet and a clear path to profitability,” Fallows from Valens GroWorks told INN.

As equity becomes more expensive and a variety of companies are set to face an even more critical market, investors will have to be wary of the names they support as differentiation becomes key among cannabis competitors.

Editorial Disclosure: Biome Grow, Heritage Cannabis Holdings and Valens GroWorks are clients of the Investing News Network. This article is not paid-for content.

15 responses to “Cannabis Trends 2019: Speed Bumps Along the Way”