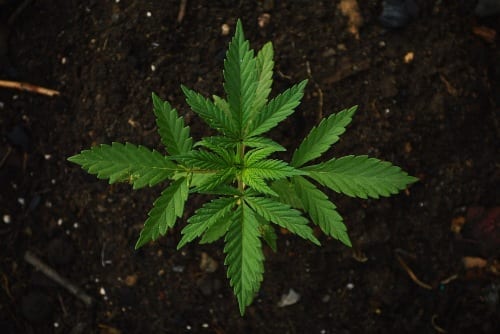 INN asked analysts in the cannabis space for their views on the cannabis outlook and what investors should keep an eye on in 2020.

With a new year for the cannabis market drawing closer, the Investing News Network (INN) turned to experts in the space to see what investors should keep an eye out for in 2020.

Companies in the sector are up against the possibility of a shrinking landscape as some players emerge on top while others begin to fall further behind.

On the other hand, in the US there’s also the chance that the historic Secure and Fair Enforcement (SAFE) Banking Act and the Strengthening the 10th Amendment Through Entrusting States (STATES) Act could open the doors for cannabis in the country and shorten the valuation gap between American cannabis firms and their Canadian counterparts.

Moving into 2020, big legislative moves in the US and the possible consolidation of the market could prove to be some of the most critical drivers of growth for the marijuana space.

Read on to learn what investors can look forward to — and what they should look out for — in 2020.

Perhaps the biggest news to come out of the cannabis space in the US has been the possibility of federal cannabis legalization. Cannabis remains a delicate topic in the country since the drug is still listed as a Schedule I substance, along with heroin and ecstasy.

But in September, the SAFE Banking Act was passed in the US House of Representatives in a historic vote as the first cannabis-related legislation to work its way through US Congress.

If passed by the Senate, the act would protect financial institutions working with legal cannabis companies from federal interference.

The vote was followed by the passing of the Marijuana Opportunity Reinvestment and Expungement (MORE) Act in November by the House Judiciary Committee, which seeks to deschedule cannabis as an illicit substance, effectively making it legal.

Rishi Malkani, cannabis leader and partner at financial services firm Deloitte, told INN that the SAFE Banking Act would allow cannabis companies to list on senior exchanges in the US, shifting the financial center of marijuana away from Canada and fueling American firms with financing.

Taerk and Waterson said increased flexibility for banking options coming from the legislative side would make acquiring capital much easier for US marijuana businesses.

“Having access to increased sources of capital will enable (multi-state operators) to grow without having to be involved in complicated cross-border financings,” the pair said, mentioning that the SAFE Banking Act could go into effect by early 2020.

Some experts, however, said legislative moves in the US might be a lengthier process than expected.

“From a political standpoint, there is still a long road ahead for this bill to become law,” said Mark Noble, senior vice president of exchange-traded fund (ETF) strategy at Horizons ETFs, since the SAFE Banking Act still needs approval from the Senate. Noble also said, though, that the passing of the various cannabis laws making their way through the legal system in the US could even out the playing field for business in Canada and the US when it comes to value assessments.

“The biggest catalyst of the movement going forward is US legalization, or at the least liberalization of marijuana laws at the federal level,” Noble told INN. “Given the discrepancy in the potential size of the Canadian and US markets, the multi-state operators seem quite undervalued, relative to Canada.”

Richard Carleton, CEO of the Canadian Securities Exchange, agreed and said the exchange is looking forward to “a decoupling of valuations between US multi-state operators and Canadian licensed producers” in 2020.

Apart from the ongoing legislative debates in the US, the overall marijuana space could see a fair bit of shrinking, some experts say, as continued merger and acquisition (M&A) activity could lead to larger, more established companies absorbing smaller firms with little capital or a weak internal structures.

Russell Stanley, an analyst with Beacon Securities, said he expects to see more M&A “as asset-heavy/cash-poor companies may need marriage partners in order to survive.”

And in a sector that has fallen victim to guidance withdrawals and less-than-stellar results from industry heavyweights like Aurora Cannabis (NYSE:ACB,TSX:ACB) and Canopy Growth (NYSE:CGC,TSX:WEED), experts have cautioned that the gap between companies that have firmly established themselves and those that haven’t will widen.

“We could see some of the companies dying on the vine if they can’t raise capital through the equity market. The only alternative is very expensive debt financing,” Noble noted. He said the issue may be felt most acutely in the US due to a dearth of involvement from American investors and financial institutions.

“I am worried that the growth of marijuana companies could be stifled, even though demand for marijuana and (cannabidiol)-related products will probably only increase over the next few years.”

In a previous interview with INN, MJBiz’s investor intelligence analysts, Craig Behnke and Mike Regan, agreed that the sector will see not only an M&A uptick, but full industry departures moving into 2020.

“I would suspect that we continue to see more companies either reducing their guidance, perhaps even running out of cash, maybe even a bankruptcy or two,” Behnke said.

Both Behnke and Regan said they expect to see companies getting scooped up at a massive discount because of the volatility that cannabis market has faced as of late.

Since the cannabis market is in a bit of a transitional stage, there are certain aspects that investors should be on the lookout for.

For one, investor attitudes continue to be king for now. But the blanket sentiment that has covered the entire cannabis sector has some experts concerned that investors are allowing singular developments to radiate out across the industry.

“On most days, it looks like the vast majority of cannabis stocks are still moving in unison, in either direction,” Stanley said. “There will be winners and losers, but it looks like the market is still challenged to distinguish one stock from another.”

But as investors begin to see firms as discrete entities, the sector could see a diversification in operations as well, where marijuana businesses move away from the vertically integrated structures that have been popular thus far.

EY’s cannabis strategic growth and risk leader, Ashley Chiu, told INN that already established cultivation and processing infrastructure could bring about the rise of contract cultivation and other specialized companies.

Malkani is of two minds on the phenomenon, however. He said the space could see new extractors coming to the market, but some companies may look to bring these kinds of services in house and actually increase their vertical integration. He added that the industry could also see more disruptive entries from outside industries.

Canada has its own unique problems to overcome, one being the regulatory headwinds that experts noted have suffocated the market.

It’s a concern for Taerk and Waterson, who said a slow retail store rollout in key provinces like Ontario and Quebec could make it difficult to gain traction with consumers, especially as new edible products are sent to shelves.

“Some of the restrictions surrounding Cannabis 2.0 products, particularly the dosage limit of 10 milligrams per package, may also impede sales,” the pair said, mentioning that without a fleshed out retail segment, Canadian licensed producers will be “challenged to grow top-line revenue in any meaningful way.”

Despite all of the issues facing the marijuana sector, some industry professionals remain hopeful about the future of cannabis.

“My guess is that the pendulum has swung too far in the negative direction, and 2020 will be a nice buying opportunity to build a reasonable exposure to the cannabis markets,” said Kip Meadows, CEO and founder of fund administration company Nottingham.

Meadows added that investors should move into the space with the understanding that short-term investments are no longer the way to go.

“Think longer term, pick a percentage of your investing portfolio you feel comfortable putting in a slightly riskier industry, and stick it in a drawer. Think long term. It works for the Warren Buffetts of the world,” Meadows told INN.

This is especially pertinent since the next few years could bear the fruits of the market’s labor. Noble said that more revenue from investments on the part of cannabis companies could come online in 2020 and 2021, which could attract equity investors back to the industry.

Obstacles facing the cannabis sector will continue to strain certain parts of the industry, but a more open regulatory framework in both Canada and the US and further growth by some of the larger marijuana firms could open up the chance for increased stability and returns on investment in 2020.

3 responses to “Cannabis Outlook 2020: Consolidation to Take Over Sector”