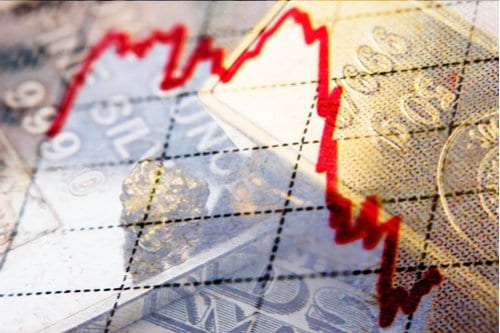 Instead of weathering the ride with palladium, the Mercenary Geologist suggests investors look to platinum or silver.

After reaching record highs earlier in the month, the palladium price has been on tumultuous ride hitting US$1,804 an ounce on Monday (November 4), before dropping US$47 or 2.61 percent in less than 24 hours.

The rapid descent likely caught some off guard; however, Mercenary Geologist Mickey Fulp predicted the fall when the Investing News Network (INN) spoke with him over the weekend at the 45th annual New Orleans Investment conference.

“I don’t know anybody that expected that exponential rise; it hasn’t gone parabolic yet, but it will,” he told INN.

Instead of investors debating whether now is the time to get into the palladium market, Fulp suggested platinum as a better place to invest.

Another metal he said investors should be watching is silver, which hasn’t enjoyed the same price momentum as gold over the last month.

“The gold silver ratio is completely skewed to gold right now. It’s 84 as of Friday (November 1). Historically, since January of 1970, the mean has been about 57 and the median has been about 59, so we are way on the upside, and at some point those ratios will normalize, which is bullish for silver,” explained Fulp.

“So, if you are going to buy bullion right now it would make sense to buy either platinum or silver, especially silver, and when it normalizes you sell all your silver and convert it into real money, which is gold.”

Much of the growth in the gold price has been attributed to its safe haven nature amid times of political or economic uncertainty — a recurring topic at the four-day conference. While some of the experts voiced concerns over America’s economic future, the Mercenary Geologist remains bullish on gold and the US dollar.

Listen to the interview above for more from Fulp on the gold price and whether he thinks we should adopt the gold standard again. You can also click here for our full New Orleans Investment Conference playlist on YouTube.

4 responses to “Mickey Fulp: Palladium Will Correct its Hyperbolic Rise”