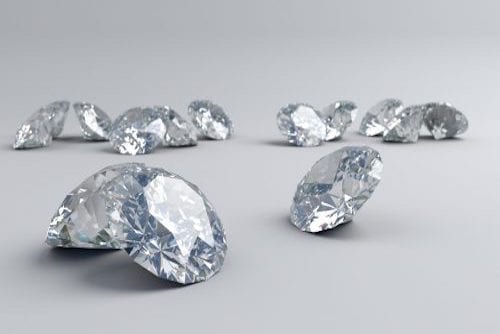 What were the top-performing gem and diamond stocks last year? We’ve put together a brief list of 2019’s biggest gainers.

With 2019 coming to a close, it’s time to look back on the top gem and diamond stocks of the year.

While the diamond market faced challenges throughout the year, including declining prices and an oversupplied market downstream, experts believe that the overall industry is coming out of 2019 in a much more sustainable position than the previous year.

Against that backdrop, a number of gem and diamond stocks enjoyed impressive share price increases in 2019. To help investors navigate the market, we’ve compiled a list of the three gem- and diamond-focused companies that have seen the biggest share price gains year-to-date.

The list below was generated on December 6, 2019, using TradingView’s stock screener, and all companies listed had market caps above C$10 million at that time.

Rio Tinto is a major diversified miner whose operations include diamond mines. Currently the company operates two diamond mines: the Diavik mine in Canada and the Argyle mine in Australia, which is set to be closed by 2020. Its stake in Diavik stands at 60 percent.

Argyle has produced over 800 million carats of rough diamonds, and is the world’s largest supplier of colored diamonds. In July of this year, Rio Tinto announced its 2019 Argyle pink diamond tender, which was dubbed “The Quest for the Absolute.”

The tender featured extremely rare and vibrant red and pink diamonds that were recovered from Rio’s famed Argyle mine in Australia, one of the few operations globally that hosts kimberlites that produce red- and pink-hued stones.

The collection of 64 exclusive stones, clocking in at a combined weight of 56.28 carats, featured three fancy red diamonds from the diversified miner.

Like Rio Tinto, global mining giant Anglo American mines a variety of commodities, including diamonds. The company owns 85 percent of De Beers, the world’s leading diamond company, with the remaining 15 percent owned by the government of Botswana. De Beers produces roughly one-third of the world’s supply of diamonds, and owns diamond mines in Botswana, Canada, South Africa and Namibia.

Most recently, the miner announced that diamond production dipped in the third quarter, noting that the period saw De Beers’ output decrease by 14 percent to 7.4 million carats because of weaker market demand spurred by macroeconomic uncertainty as well as continued midstream weakness.

In response to the negative market conditions, De Beers cut its prices by approximately 5 percent in November. Despite the down market, analysts believe that in the long run, a scaled-back industry will be beneficial to large diamond miners such as Anglo American, as they will come out potentially more prosperous than before.

“The strongest players are set to survive, setting the stage for a leaner industry set on sounder footing than it has in years — perhaps the diamond industry’s version of the US financial sector post-Lehman Brothers and Bear Stearns in 2008 to 2009,” stated analyst Paul Zimnisky.

According to the miner, the vast extent of, and massive kimberlite volume contained in, the Fort à la Corne Field has been noted since the original discovery of these kimberlites in the late 1980s.

In a 2018 preliminary economic assessment for the Star and Orion South kimberlites, it was reported that the assets could produce 66 million carats in a surface mine over a 38 year project life.

At the beginning of December, the company announced the closure of a C$5.1 million private placement of 18,201,274 flow-through common shares at a price of C$0.28 per share. The miner plans to use the funds to offset its ongoing exploration measures.