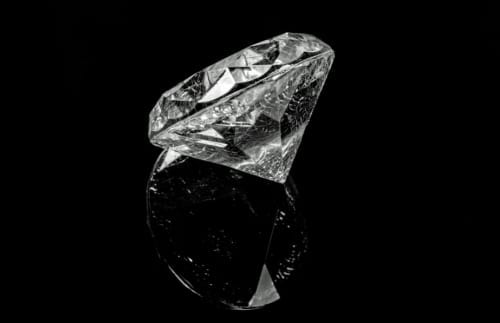 It was an interesting year for the diamond market, but what is the diamond outlook for 2020? We asked experts to share their thoughts.

The global diamond sector is currently in a state of flux as older mines approach the ends of their lives and fewer new projects come online. Political unrest in key markets has kept buyers from purchasing the gems, while economic uncertainty in other areas has impacted sales.

Even though prices for small and rough diamonds have slipped over the year, the expectation is that with fewer mines in production there will be a supply shortage over the next decade, boosting prices for these market segments and likely raising the value of large and colored diamonds.

Here, the Investing News Network takes a look at what catalysts occurred in the diamond industry during 2019, and what trends market watchers can expect to see in the space in the coming year.

The constraints that the diamond market began to feel in mid-2018 carried through the early part of 2019, with a supply glut in the small and medium categories weighing on price growth.

The surplus was further compounded by hesitance from buyers to purchase those diamond sizes, which left stockpiles to expand and further drag on the price.

“The market, from mining to retail, went through a major crisis,” Edahn Golan, a diamond researcher and analyst, said via email.

“A decline in demand in key consumer markets, most notably Hong Kong, shook up the entire diamond pipeline and had a number of ramifications,” he added. “The most obvious was tumbling prices. Wholesale polished diamond prices fell 3 to 15 percent depending on size and color. Rough diamond prices fell on average by 16 percent.”

Weak prices impacted quarterly results for diamond majors; however, the prolonged downturn has been especially hard on junior explorers and developers looking to raise capital.

As Golan pointed out, this was further exacerbated by the sector’s slow reaction to evolving dynamics.

“The shakeup exposed a number of lingering issues in the diamond industry midstream: inefficiencies, a large number of diamond companies that don’t add value to the trade, but serve only as an extra hand in the trade, high inventory, limited understanding of what the consumers really want or how their tastes change and slow response to changes in the marketplace,” he said.

Instability and waning sentiment have been a deterrent to investment over the year as well.

“These problems resulted in financial institutions showing less confidence in the diamond industry,” said Golan. “According to our estimates, financing was reduced by more than 10 percent year-over-year.”

“We have taken the decision to temporarily halt production from the Renard 65 open pit, as current Renard 65 ore stockpiles are sufficient to maintain its planned contribution to the process plant’s feed into the second quarter of 2020,” President and CEO Patrick Godin stated at the time.

The news was disappointing for the province’s first diamond mine, but Stornoway remained optimistic.

“As such, no effect on revenue in 2019 is to be expected. Surface equipment operators were trained and have begun transitioning to our underground operations,” Godin added.

But even as smaller miners continue to struggle, sector analyst and researcher Paul Zimnisky sees circumstances beginning to shift for the better.

“I think the key trend in 2019 was the deleveraging of excess inventory held by the midstream segment of the industry as the fundamentals of that business are changing,” he said. “This is in part what has led to an oversupplied market downstream. However, I think the larger industry is coming out of this phase in a much more sustainable position.”

As the winds of change begin to set in, explorers like North Arrow Minerals (TSXV:NAR) are hoping for favorable tailwinds despite being disappointed by the overall trajectory of the sector this year.

“The biggest challenge has been sentiment,” said Nick Thomas, the company’s investor and community relations manager.

“Headlines have not been positive as producers have struggled to increase proceeds from the sale of their rough diamond production. This has largely been due to issues that predate 2019, particularly the disappearance of debt financing for the midstream diamond market, resulting in significant deleveraging over 2019 and an oversupply of product in a market that was already trying to chew through new smaller-profile rough production from Renard, Liqhobong and Gahcho Kué.”

North Arrow currently has projects in both Ontario and Saskatchewan, but the bulk of the explorer’s portfolio is in Northern Canada, specifically in Nunavut and the Northwest Territories, an area that is slated to get a major cash infusion from the Canadian government in the coming years.

At the 2019 Prospectors & Developers Association of Canada convention in Toronto, held in early March, the federal government committed to a C$5.1 million investment designed to support the resource sector in the Northwest Territories.

The cash infusion is earmarked for two projects that will support resource development in the Slave Geological Province, an area that already hosts three diamond mines — Ekati, Diavik and Gahcho Kué — and could potentially reveal more diamond deposits.

“The Government of Canada is committed to the creation of more good jobs, more economic growth and long-term sustainable development in the North,” said the Honorable Navdeep Bains, minister of innovation, science and economic development, and the minister responsible for the Canadian Northern Economic Development Agency.

North Arrow could also benefit from increased infrastructure spends in the area. However, those benefits could be a few years away, and while promising, the current reality is much more opaque.

“(Take) the uncertainty of the ongoing US-China trade dispute, which has impacted all commodities, and the somewhat outsized media attention paid to the lab-grown diamond sector, and you start to see why it has been such a challenging 2019,” said Thomas. “In the last month, there have been signs of some positivity on the horizon.”

As the diamond supply chain becomes more precarious in coming years, with some of the most renowned mines permanently closing, the sector awaits more mergers and acquisitions, as larger producers look to secure future supply with juniors.

The US$16.2 billion deal was the biggest story in the diamond sector for the year and was sizeable news for the business industry as a whole.

Diamond outlook 2020: The year ahead

2019 was ripe with challenges for the diamond industry, but the outlook for the next decade is promising.

In the near term, pink and colored diamonds will likely retain and gain value as Rio Tinto (ASX:RIO,LSE:RIO,NYSE:RIO) closes its prolific Argyle mine. The Australian mine isn’t the only source of pink diamonds in the world, but it is the most significant.

In fact, a report from July notes that when the mine closes sometime in the next year, Australia’s total diamond production will fall from 14.2 million carats annually to 137,000 carats.

The closure of Argyle, as well as several other high-profile mines, will leave room in the sector for smaller companies to begin to shine.

As mentioned, it will also leave the sector primed for joint ventures (JVs) as well as mergers and acquisitions. The industry is already starting to see some early JV activity — in mid-November, Rio Tinto decided to exercise its four JV options with Canadian company Star Diamond (TSX:DIAM).

“I think the news of Rio Tinto electing the option early on Star Diamond’s Star-Orion project was quite significant,” said Zimnisky. “I think it shows Rio’s level of enthusiasm for the project and diamonds in general. Rio is the second largest mining company in the world.”

As the global supply of pink diamonds begins to slow, a new diamond segment is looking to take off: fluorescent diamonds. These diamonds, regarded for their glow under ultraviolet light, are primarily mined in colder climates such as Russia and Canada.

“While traditionally fluorescence has been seen as a negative attribute as it can make a diamond appear ‘milky’ or ‘oily’ in direct sun or UV light, the characteristic also makes a diamond mysteriously glow under a black light, ideal for a club or party scene — which fits well with the industry’s intention of directing more marketing towards younger demographics,” Zimnisky wrote on his website.

In terms of companies to watch in 2020, the independent diamond analyst named North Arrow.

“Further, regarding Canadian juniors, I would keep an eye on North Arrow Minerals as they continue to advance their Naujaat project. Given how challenging the current environment is for diamond juniors, I think that any company that continues to progress in this environment says a lot.”

North Arrow remains confident that 2020 will see a change in diamond market dynamics, one that the company is prepared to capitalize on.

“As a company involved in the earlier stages of the diamond industry we remain optimistic about the long-term fundamentals despite what we read in the short-term headlines,” said Thomas.

“North Arrow continues to maintain several high-quality diamond exploration projects, having made significant discoveries in Nunavut and Saskatchewan over the last several years. Our focus remains our most advanced project, the Naujaat diamond project, which hosts the largest diamond resource in Canada that is not already under the thumb of a diamond-mining company.”

In terms of the year ahead, Golan foresees more efficiency and technological integration in the sector, allowing companies to be more adaptive to market conditions.

“On the bright side, the shakeup led many companies to get in shape. Companies rely more on self-financing, manufacturing facilities are more efficient, excess inventories were drained and operations streamlined,” he said.

However, he believes that the industry could also benefit from more collaborative synergies. “There is still a long way to go to fully modernize the industry’s midstream: creating branded marketing opportunities with retailers, managing rough diamond purchases based on retail activity and closely monitoring inventory, for example.”

He also advises investors and buyers to pay attention to the political issues in Hong Kong, which is a key diamond demographic.

“In terms of pricing, there is an expectation that rough prices will rise. This will happen if one of two conditions are met: a rise in consumer demand for diamond jewelry, or a rise in supply of financing by banks or non-bank financial entities,” he explained. “It is a given that when the flow of financing rises, so do rough prices.”