Lithium was discovered in 1817 and is the lightest metal on Earth. 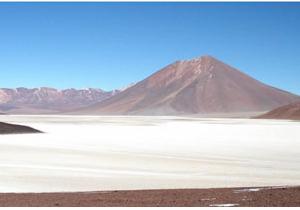 More than half of the world’s known lithium reserves are located in Argentina, Bolivia and Chile. Combined, the reserves in these Latin American countries are between 50 percent and 75 percent of global deposits. Because of this area’s vast lithium resources, it is known as the South American Lithium Triangle.

Lithium is found on salt flats – known as Salars- across Argentina, with the most notable being Salar de Olaroz. Apart from Salar de Olaroz, Argentina is home to three other main salt flat sites: Salar del Rincon, Salar de Hombre Muerto and Salar del Rio Grande. All are located in the northwest. Argentina also hosts dozens of small salars scattered throughout its borders. The country contain 15 percent to 16 percent of the Lithium Triangle’s supply.

For investors looking for exposure to Argentina’s lithium market, here is a selection of companies for your consideration:

The Argentina-based industrial minerals company works in the construction and operation of lithium, potash and boron projects. According to its website, it is one of the leading companies in the Lithium Triangle.

Orocobre’s flagship asset is the Salar de Olaroz project in the Puna region of Argentina. There, it is building the first large-scale, de-novo brine-based lithium project in 20 years. Toyota Tsusho Corporation (FRA:9TO) is in a partnership with Orocobre for this property.

Its main project is the Cauchari-Olaroz project, located in the heart of the Puna Plateau in Argentina next to Orocobre’s property. According to the company website, the site has the third largest lithium brine resources in the world.

The most recent estimate found the Cauchari-Olaroz project has enough proven and probable reserves to operate at a maximum lithium carbonate production rate of 40,000 tonnes per annum for 40 years. The company expects it will begin generating revenue from this asset by 2015.

The Salta asset is Lithium Exploration’s most recent acquisition. Its mining potential stems from its favorable stratigraphy and subsurface brines. A recent report found that “there could be many millions of tons of lithium buried in the Salar’s mudflat and/or the marginal alluvial fans.” The lithium in the site’s surface water was found to be at a maximum concentration of 19 parts per million.

International Lithium is currently working on the Mariana lithium brine project. Mariana is a lithium-potassium-boron deposit that covers 16,000 hectares in within the Lithium Triangle. The project has returned grades of 225-670 mg/L of lithium. International Lithium, which is 25 percent owned by the TNR Gold Group, also has a strategic partner in Ganfeng Lithium Co, which holds a 17.5 percent stake in the company.

According to the International Lithium’s website, the company should have a resource estimate and be on the way to the pre-feasibility study in 2013.