Although it is widely distributed on earth, lithium does not naturally occur in elemental form due to its high reactivity. Actual and potential sources of lithium are from continental brines, clay mineral hectorite, pegmatites, geothermal brines and oilfield brines. 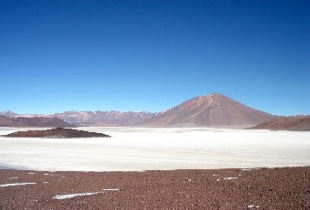 Lithium is considered to be approximately the 25th most abundant element sharing roughly the same abundance as lead and nickel.  Although it is widely distributed on earth, lithium does not naturally occur in elemental form due to its high reactivity.  Seawater contains an estimated 230 billion tons of lithium, although the concentrations are comparatively low ranging from 0.1 to 0.2 ppm.  There are a fairly large number of both lithium mineral and brine deposits but relatively few of them are of actual or potential commercial value.  Actual and potential sources of lithium are from continental brines, clay mineral hectorite, pegmatite, geothermal brines and oilfield brines.

CONTINENTAL BRINES – these brines contain lithium derived mainly from the leaching of volcanic rocks and vary greatly in lithium content, largely as a result of the extent to which they have been subject to solar evaporation. They range from highly concentrated lithium deposits in the high altitude salars of Chile, Argentina, Bolivia, Tibet and China where lithium concentrations can be very high; to mid level brines like Silver Peak, Nevada and Searles Lake, California (a former location of lithium production); to lower concentration brines like the Great Salt Lake, Utah. The lower concentration brines have modest evaporation rates and dilution is constant due to a large volume of fresh water inflow and small lithium concentrations varying between 30 to 60 ppm.

The primary global source of lithium production is currently derived from Chilean and Argentinean continental brine deposits.  The Salar de Atacama is the location of the world’s largest lithium brine mine operated by Sociedad Quimica y Minera de Chile S.A., or SQM (NYSE: SQM).  This salar is also the site of a productive lithium mine operated by Rockwood Holdings (NYSE: ROC) the parent company of Chemetall, which is a diversified manufacturer and marketer of specialty chemicals.

The Salar de Hombre Muerto in Argentina is also considered a world class lithium deposit and the location of a productive mining operation by FMC Corporation (NYSE: FMC), a broadly based chemical company serving multiple market segments. The neighboring Salar de Olaroz is currently being developed by Orocobre (ASX:ORE).  The Salar de Rincon is located in north-western Argentina near the Chilean border and is also the site of another world class lithium deposit.  Salar de Rincon was being developed by Admiralty Resources but it has been acquired by the Sentient Group, a natural resources-focused private equity fund

The largest deposit of lithium in the world is the Salar de Uyuni in Bolivia, which contains up to 50 to 70 percent of known world reserves; however, the current socialist Bolivian administration has remained unfavorable to foreign mining investment and has stated the intention to maintain the mining rights for the lithium.  The Bolivian salar is also less interesting from an investment perspective because of the higher magnesium to lithium ratios, which are three times as high as those at Atacama, making it more difficult to refine the salt into lithium carbonate. Finally, the evaporation rate at Uyuni is only 40 percent of that of the Atacama rates, which would make refining more time consuming.

PEGMATITES – are coarse grained igneous rocks formed by the crystallization of post magmatic fluids. Lithium containing pegmatites are relatively rare and are most frequently associated with tin and tantalum, with some lithium ‘discoveries’ actually resulting from the exploration for the associated minerals. Alaska, Northern Ontario, Quebec, Ireland and Finland are among many other global locations of pegmatite deposits.

The principal lithium pegmatite minerals are spodumene, petalite and lepidolite. All have been used directly in the glass and ceramic industries provided the iron content is low and all have been used as the feedstock for the production of lithium chemicals. Spodumene, as a concentrate, is still used in China for lithium chemical production and advanced mining development in South Western Australia for Galaxy Resources (ASX:GXY) in a joint lithium and tantalum project.

HECTORITE CLAYS – hectorite is a magnesium lithium smectite and the clay is most notably found in a number of areas in the western United States. The largest known deposit is associated with the volcanic rocks of the McDermitt caldera that straddles the Nevada/Oregon border where it occurs in a series of elongated lenses. Currently the only lithium deposit in the United States that is producing lithium is part of the McDermitt caldera and is owned by Rockwood Holdings.  American Lithium Minerals (OTC: AMLM), Rodinia Minerals (TSXV: RM), Western Lithium USA Corporation (TSXV: WLC) among other exploration and development companies have completed multiple phases of drilling in northwestern Nevada to confirm earlier work in the same region.

GEOTHERMAL BRINES – Small quantities of lithium are contained in brines at Wairakei, New Zealand (13ppm) at the Reykanes Field (8ppm) and other areas in Iceland and at El Tatio in Chile (47ppm). The most attractive known occurrences are in the Brawley area south of the Salton Sea in Southern California.  In addition to the lithium deposits the Salton Sea Known Geothermal Resource Area (KGRA) in southern California contains some concentrations of potash, lead, boron and zinc and currently sustains 10 electricity generation projects, delivering approximately 326 MW of power. A proposed project would bring the total to 511 MW of a 680 MW proven reserve.

OILFIELD BRINES – Deposits of lithium are contained in oil field brines in Alberta, North Dakota, Wyoming, Oklahoma, east Texas and Arkansas where brines grading up to 700 ppm are known to exist. Other oilfield brine lithium deposits exist, most notably in the Paradox Basin, Utah; however, global reviews for deposit size, potential yield and production cost estimates are not available.

In the case of continental brines costs can vary, but are considerably lower than extraction costs for other deposit types. The cost of soda ash to convert lithium chloride to lithium carbonate represents a significant percentage of the total costs. The most deleterious element in the brine is magnesium and the magnesium/lithium ratio is lowest at the Salar de Atacama, low at the Salar de Hombre Muerto and slightly higher at the Salar de Rincon. The largest of the Chinese brine deposits also demonstrate higher ratio and these brines need more complex processing.

In the case of production from pegmatites, costs will comprise of mining, beneficiation to a moderate or high grade of concentrate, calcination to produce acid-leachable beta spodumene, reaction with sulphuric acid and the conversion of the lithium sulphate solution with sodium carbonate. The costs of acid, soda ash and energy are a significant percentage of total costs but they can be partly offset if a market exists for the sodium sulfate by-product.

Geothermal brines may be rich in zinc as a co-product, in addition to being a major producer of electric power but, as is with the case of oil field brines lithium recovery costs have not been determined.

An important factor in brine chemistry is the presence or lack of other recoverable byproducts, which can impact the economic viability of a project.  Rockwood Holdings recovers moderate quantities of potassium chloride as a co-product at their operation and SQM recover much larger volumes together with potassium sulphate and boric acid. Most of SQM’s potassium chloride is converted to much higher value potassium nitrate using nitrates from company owned deposits located between the salars and the Pacific coast. Most of the Chinese salars contain economic concentrations of potassium and boron.

An additional factor delineating a world class lithium brine deposit is the net evaporation rate which determines the area of the evaporation ponds necessary to increase the grade of the plant feed. These are often viewed as a major capital cost from an investment standpoint, but are not a factor at the FMC operation where the lithium chloride is recovered directly from the in situ brine.