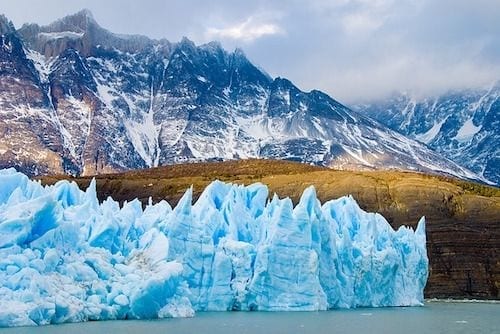 Chile isn’t the world’s top lithium producer, but it holds the largest lithium reserves by far. Learn which other countries have high reserves.

Those interested in the lithium sector are often curious about which countries produce the most of the battery metal. Why? Because many major lithium-producing countries are home to a large number of lithium companies.

What investors may not think to consider are lithium reserves by country. While many of the world’s top lithium producers also hold significant reserves of the metal, some countries produce little lithium but have very large reserves of the mineral.

Investors may want to be aware of this second group of countries, as they could eventually become lithium powerhouses.

Many analysts believe lithium demand will continue to increase in the coming years as it is key in the lithium-ion batteries used to power electric vehicles, and is also essential for the energy storage sector. But lithium supply to meet that increasing demand is still uncertain.

On that note, here’s an overview of lithium reserves by country, with a focus on the four countries that hold the most lithium. Data is based on the most recent information from the US Geological Survey.

Chile was the second-biggest producer of lithium last year at 16,000 metric tons (MT), but it has the most lithium reserves in the world by a large amount.

The country reportedly holds most of the world’s “economically extractable” lithium reserves, and its Salar de Atacama hosts approximately 37 percent of the world’s lithium reserve base. SQM (NSYE:SQM) is a key lithium producer in Chile’s Salar de Atacama, and last year it finally reached a long-awaited agreement with Corfo, Chile’s development agency, over royalties. It’s expected that the company’s production will be positively impacted by this resolution.

Interestingly, while Australia was the largest lithium-producing country in the world in 2018, it is second in terms of reserves.

The country is home to the Greenbushes lithium project, which is operated by Talison Lithium, a subsidiary jointly owned by the Tianqi Lithium (SZSE:002466) and Albemarle. The project is known as the longest continuously operating mining area, having been in operation for over 25 years. There are multiple expansions taking place at Greenbushes currently.

Argentina is the third largest lithium producer in the world, and last year it put out 6,200 MT of the metal, a small increase from 5,700 MT in 2017. It also ranks third in lithium reserves in the world, at 2,000,000 MT. Putting that into perspective, the Financial Post notes that the country has enough lithium reserves to feed global demand for roughly 300 years.

It’s also worth noting that Chile, Argentina and Bolivia comprise the “Lithium Triangle,” which hosts more than half of the world’s lithium reserves. However, while there is a great deal of lithium in the ground in Argentina, getting it out is another story, and in 2018 some doubts were cast as on the country’s ability to harvest it economically. Only time will tell as this industry continues to heat up.

China holds lithium reserves of 1,000,000 MT, but last year it produced just 8,000 MT of the mineral. That is about a 17 percent increase in production from 2017, but currently the Asian nation still imports most of the lithium it needs from Australia.

That said, the US Geological Survey notes that China is looking to expand its lithium output. The capacity of its lithium-ion battery megafactories is expected to grow by 51 percent between now and 2020, and by that time the country will also account for 62 percent of global production of lithium-ion batteries.

Last year, Tianqi Lithium secured a deal to buy a US$4.1 billion stake in SQM. Many are now saying that China will be a force to be reckoned with in the space via its international holdings.

Another Chinese lithium producer making news headlines is Ganfeng Lithium (OTC Pink:GNENF,SZSE:002460), which made a US$160 million investment in Lithium Americas (NYSE:LAC,TSX:LAC) to develop the Cauchari-Olaroz project in Argentina. The brine project is expecting first lithium carbonate production in 2020.

Ganfeng has also announced a memorandum of understanding on long-term lithium supply for battery cells for electric cars with German carmaker Volkswagen (OTC Pink:VLKAF,FWB:VOW). The carmaker took a major step to secure supply of a key mineral in lithium-ion batteries to ensure it meets its plan of 22 million electric vehicles worldwide by 2028.

Other lithium reserves by country

While Chile, China, Argentina and Australia are home to the world’s highest lithium reserves, other countries also hold significant amounts of the metal. Here’s a quick look at the other countries:

Overall, total worldwide lithium reserves stand 16,000,000 MT. If the metal continues to be as hot a commodity as it is today, perhaps some of these countries with high reserves will become more significant players.

20 responses to “Lithium Reserves by Country”