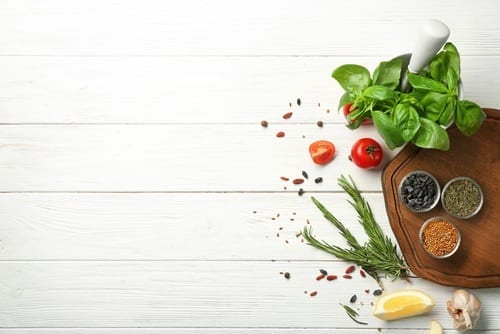 For the global food supply chain industry, the biggest challenge today is how to restore consumer trust in food safety by tracking food farm to table, efficiently and cost-effectively.

Around the world each year, food contamination has made millions of consumers sick and cost businesses billions in lost revenue. Globally, the World Health Organization estimates that contaminated food causes 600 million illnesses annually and 420,000 deaths.

The catastrophic impact to human health can greatly damage consumer trust in a brand’s commitment to food safety. As Forbes writer Michael del Castillo points out in a recent article, “Since 2015, Chipotle’s various food safety problems have wiped out 46% of its market capitalization, as its stock price fell from its all-time high of $23.4 billion to $12.6 billion (on Jan 8, 2019)”.

Currently, there is no efficient, cost-effective way to trace our food from farm to table. This market need is leading some of the world’s largest food companies to test the potential viability of tracking food via blockchain technology.

One of the world’s technology powerhouses, IBM (NYSE:IBM) is working to perfect blockchain-based supply chain networks for food supply giants like Walmart (NYSE:WMT), Dole Food (NYSE:DOLE), Tyson Foods (NYSE:TSN) and Nestlé. Together these companies and several other big names have formed the IBM Food Trust and are looking to overhaul how their industry tracks the global food trade with a blockchain-based traceability platform.

“We’re committed to providing our customers with safe, quality foods,” said Frank Yiannas, vice president of food safety for Walmart. “Our customers deserve a more transparent supply chain. We felt the one-step-up and one-step-back model of food traceability was outdated for the 21st century. This is a smart, technology-supported move that will greatly benefit our customers and transform the food system, benefitting all stakeholders.”

In the spring of 2018, a reported 210 people across 36 states got seriously ill from consuming E. coli-contaminated romaine lettuce. Nearly half of those people were sick enough to be hospitalized, according to the US Centers for Disease Control and Prevention; 27 of those people developed kidney failure and five people lost their lives. It took two months to pinpoint the source and bring the outbreak under control.

Traceability is key to rebuilding and strengthening consumer trust in the global food trade. The current traceability protocol (which includes records on paper) is costly in terms of lives, dollars and reputation, and is woefully in need of an overhaul. According to Bureau Veritas UK Certification Managing Director Joy Franks, the goal of complete traceability in the global food supply chain industry has been unobtainable mainly because of the high costs and logistical challenges.

“Inherently, the issue is complexity. A single product may go through six to eight stages of a supply chain before it ends up on shelves, making end-to-end traceability using current methods such as sampling nigh on impossible to achieve,” said Franks. “As such, we need only look at the rising number of food safety breaches, which can often result in irreversible reputational damage to understand how blockchain technology can revolutionize the industry by increasing the reliability of information.”

As a decentralized register that holds records of digital data in a transparent and tamper-resistant manner, blockchain technology is the best route to effectively tracking food on our plates back to its source. Users can access, review and add data, but that data cannot be later altered or deleted — creating a permanent and public information trail without the need for expensive and time-consuming third-party auditing. And using blockchain to record food supply chain data can be done without imposing uneconomical time and monetary costs on suppliers and distributors.

Blockchain technology will allow the global food supply chain industry as well as governments and regulators to quickly pinpoint and quarantine the exact location of the contamination or even head it off before it occurs. Farmers and processing plants not responsible for the origin of the contamination wouldn’t get caught up in the recall hysteria and retailers wouldn’t have to destroy otherwise safe foods. What once took months to identify, can be solved within minutes — and potentially save millions if not billions of dollars, company reputations and most importantly, people’s lives.

“The application of blockchain technology to the global food supply chain management seems obvious from a cost savings standpoint to producers and retailers, it really goes beyond that to benefit all involved in the food system, starting from the farmers, including resources spent by government ministries such as public health offices, right down to the consumer in keeping them safe,” said Peter Kim, CEO of Graph Blockchain (CSE:GBLC). The company leverages its proprietary integration of the AgensGraph Database engine with IBM’s Hyperledger Fabric.

Graph Blockchain was recently invited to the Canadian Embassy in Seoul Korea to meet with counsellors from the Canadian Ministry of Trade and the Ministry of Agriculture as wells as senior officials of a food supply chain multinational conglomerate about the need for a blockchain platform for the safe and secure importation of Canadian beef. The company has also had recent discussions with provincial representatives, including the directors of international trade and investment as well as the federal-level trade commissioner and investment officers representing Canada in China.

As an example of how the global trade environment is becoming more about “local” in-person relationship building and not just solely about digital data management, Graph Blockchain is arranging for a delegation from one of its multinational partners to tour farms through invitations to Canadian provincial level trade and investment offices.

Both South Korea and China are among Canada’s top export markets for beef, totalling over C$100 million in trade each year. The two Asian nations are also among the world’s top five luxury beef markets, representing high-growth markets for blockchain in the global food trade.

South Korea holds huge potential for beef cuts and offals that are not in as high demand in North American markets, and consumers there have shown they will pay more for those products. Lower trade tariffs are also sure to help increase the value of those products for Canada’s ranchers.

At the top of the new year for 2019, South Korea dropped tariffs on 95 percent of Canada’s exports, including beef, according to the Canadian government. South Korean duties on Canadian exports of beef offal were 18 percent; and for fresh, chilled and frozen beef cuts tariffs were at 40 percent. For 2019, the tariffs will be reduced to 9.8 percent and 26.7 percent, respectively, and totally eliminated by 2030.

The importation of Canada beef into South Korea is also a great example of a market where blockchain technology providers, food suppliers, regulators and governments can come together to collaborate on ensuring trust and safety.

In 2015, South Korea placed a ban on Canada beef imports after a case of bovine spongiform encephalopathy, or “mad cow disease,” was found on a Northern Alberta farm. It took nearly eight months for the Canadian Food Inspection Agency to find that contaminated feed was the most likely culprit and that no part of the cow entered human food or animal feed systems. And it took another two months for South Korea to lift the ban. A case of mad cow disease in 2003 at another Alberta farm severely damaged Canada’s beef industry after 40 countries banned Canadian cattle and beef products, although most of those bans have since been lifted.

Today, Canada’s total global beef exports are worth about C$2.5 billion per year. Implementing a blockchain-based food and safety platform for Canada beef trade has the potential to protect against devastating threats to consumer health, farmer reputations and billions of dollars in trade.

Blockchain technology can provide the global food trade with a secure and efficient method for tracking food farm to table capable of increasing the reliability and traceability of information, ensuring consumer protection and protecting brand reputation. Key stakeholders in the global food trade, including in high-growth markets like the Canada beef trade, are keen on replacing the industry’s outdated and inefficient tracking protocols with 21st century technology.

This article was originally published by the Investing News Network in January 2019.