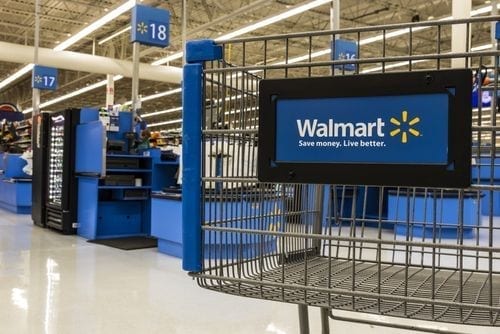 Walmart has asked that its suppliers of “leafy greens” have a digital ledger created by IBM in place by September 2019 to trace the products back to their original locations.

Retail mammoth Walmart (NYSE:WMT) and tech giant IBM (NYSE:IBM) have partnered up to have leafy greens that are shipped to the consumer goods company tracked by blockchain technology.

In a press release issued by Walmart on Monday (September 24), the company said that it and its division, Sam’s Club, will require their suppliers of “fresh, leafy greens” to track the products all the way back to their original locations using blockchain.

Walmart said its suppliers should have the appropriate systems in place by September 2019 using a digital ledger created by IBM.

Called the “Walmart Food Traceability Initiative,” Walmart said in its letter to its leafy greens suppliers that the strategy will “increase transparency in the food system and create shared value for the entire leafy green farm to table continuum.”

Walmart has been in collaboration with IBM over the last year-and-a-half to develop the platform to improve farm-to-table transparency. The company says the current model of food traceability is “outdated for the 21st century,” but that IBM’s digital ledger will make it easier to source food items quickly.

IBM’s food trust platform is currently the only one of its kind available that immediatley connects its users through a permissable and permanent shared record of food origin details, processing data and shipping details to name a few.

“Using the IBM Food Trust network that relies on blockchain technology, we have shown that we can reduce the amount of time it takes to track a food item from a Walmart Store back to source in seconds, as compared to days or sometimes weeks,” Walmart said in its letter to suppliers.

Walmart attributes its move to source food through blockchain technology as a result from an E. coli breakout first found in Arizona earlier this year.

According to stats from the Centers for Disease Control and Prevention, 210 people became ill across 36 states with five reported deaths as a result of E. coli found in Romaine lettuce grown in Arizona.

“[It was difficult for consumers to know how to determine where their lettuce was grown,” Frank Yiannas, vice presient of food safety at Walmart, said in the release. “In the future, using the [blockchain] technology we’re requiring, a customer could potentially scan a bag of salad and know with certainty where it came from.”

The letter to suppliers goes on to say that they should be able to trace their products back to their farms by production lot in seconds, not days.

While it will require some work for the leafy green suppliers to coordinate with their own suppliers, Walmart said the requirements can be completed in two steps. Direct suppliers have until January 31, 2019 to confirm one-step back traceability on the blockchain, whereas end-to-end suppliers have until September 30, 2019.

“To assist you in meeting this new Walmart business requirement, we have worked closely with IBM and other food companies to create a user-friendly, low-cost, blockchain-enabled traceability solution that meets our requirements and creates shared value for the entire leafy green farm to table continuum,” Walmart said in its letter.

This isn’t Walmart’s first venture into blockchain for supply chain solutions. This year alone it has been revealed that the company has filed a number of patents with the US Patent & Trademark Office (USPTO), including a system for deliveries, which was made public on August 30.

Prior to that, the retail giant also filed for a patent to manage appliances through blockchain as well as blockchain-based delivery system.