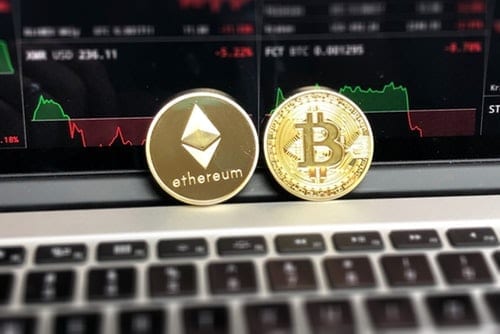 Which Canadian blockchain stocks have gained the most so far in 2019? Here’s a look at the top three risers and what they’ve accomplished.

Bitcoin has traded sideways over the last quarter after reaching a peak of US$13,796 in late June, but interest in Canadian blockchain stocks remains strong.

Trading volumes have mirrored the fall in bitcoin. According to David Martin, chief investment officer at BlockForce Capital, Binance and Coinbase both saw drops of over 35 percent in August.

Even so, during Q3 a striking trend emerged: Power used to generate bitcoin dropped 2 percent year-over-year. Why this is interesting is because bitcoin hashrates — the speed that a blockchain miner can solve a bitcoin code — reached record levels during the same time frame, soaring 60 percent since 2018.

In other words, the overall cost of mining a bitcoin has decreased considerably over the last quarter across a number of bitcoin mining operations.

What’s more, despite its flat performance in Q3, bitcoin is up over 100 percent year-to-date, surpassing major indices such as the S&P 500 (INDEXSP:.INX), the Dow Jones Industrial Average (INDEXDXJ:.DJI) and the Russell 2000 (INDEXRUSSELL:RUT) by at least threefold.

Against that backdrop, here’s a look at the three top-performing Canadian blockchain companies so far this year. The numbers below were obtained from Barchart on October 1, 2019, and all companies listed had market caps between C$5 million and C$500 million at that time.

With a name that tips its hat to the father of cryptology, Alan Turing, Hut 8 Mining has gained over 40 percent in 2019. Operating 94 data centers with a maximum power capacity of 109.4 megawatts, Hut 8 is the largest publicly listed bitcoin-mining company worldwide. With headquarters in Toronto, Ontario, Hut 8 runs mining facilities in Medicine Hat and Drumheller, Alberta.

In September, Hut 8 made two major announcements: a 5 percent capacity addition to its Medicine Hat facilities and the acquisition of nine data centers from Bitfury. Together, these transactions exacted a 19 percent increase in total operational capacity. Andrew Kiguel, CEO of Hut 8, said that the company plans to utilize more renewable energy sources looking forward.

Codebase Ventures (formerly 360 Blockchain) was founded in 2009 and invests in early stage technology and blockchain companies. Year-to-date it has generated a return of over 33 percent for its shareholders.

In a letter to shareholders, Codebase CEO George Tsafalas said that the company plans to pivot into the cannabis sector, forming subsidiary Code Cannabis Investments. Within the blockchain space, the company will focus on enterprise applications for blockchain through Arcology, in addition to leveraging its media sites, ICO Ranker and Pressland, to gain a greater presence.

In August, for example, TruTrace closed its pilot testing program for medical marijuana with Shoppers Drug Mart. The pilot was designed to verify products, test interoperability and heighten transparency. Following its successful launch, the second phase of the program is slated to begin in November.

TruTrace reported a sharp reversal in its net loss figure for the latest quarter, with numbers improving by fourfold to C$1.7 million, from C$8.9 million a year ago. Earnings per share came in at negative $0.02 for the quarter, compared to negative C$0.12 during the same time period last year.

Editorial Disclosure: Codebase Ventures and TruTrace Technologies are clients of the Investing News Network. This article is not paid-for content.