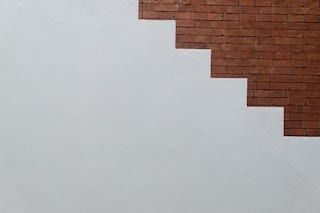 Aluminum has had a stellar year, gaining 28 percent year-to-date on the London Metal Exchange. Looming supply cuts in China are helping to raise prices.

Aluminum prices rose to a five-year high on Wednesday (September 20) on reports that two Chinese aluminum producers are cutting output two months before winter restrictions come into effect.
Reuters states that the city of Jiaozuo’s environmental protection office has released a notice that details cuts from Jiaozuo Wanfang Aluminum and Zhongzhou Aluminum, a refinery belonging to Chinalco (HKEX:3668).
The two companies plan to reduce production by over 30 percent until March 15, 2018. Jiaozuo is one of at least 28 cities in Northern China that will face restrictions on industrial output this winter; the curtailment period officially begins on November 15, 2017.


Give me my free report!
Aluminum has had a stellar year, gaining 28 percent year-to-date on the London Metal Exchange (LME) on worries that China’s mandated production cuts could cause a global supply shortage. Over the past 12 months, aluminum has gained 38 percent on the LME.
As mentioned, the price of the industrial metal hit a five-year high on Wednesday, touching $2,194.50 per tonne during intraday trading on the LME. Prices for the most-traded Shanghai Futures Exchange aluminum contract neared a six-year high that day, jumping 3.36 percent to $2,594.86.
Aluminum’s price gains boosted the share prices of a number of major aluminum producers, including Alcoa (NYSE:AA); it saw its highest close since the 2008 global financial crisis on Wednesday, rising 2.8 percent to end at $47.50. Other gainers were Chinalco with a rise of 9 percent and RUSAL (HKEX:0486), whose share price gained 6.7 percent.
According to Transparency Market Research, the global aluminum market is predicted to expand by a CAGR of 6.4 percent between 2017 and 2025. By the end of 2025, the global aluminum market is expected to be worth $249.29 billion, up from $143.87 billion in 2016.
Don’t forget to follow us @INN_Resource for real-time news updates!
Securities Disclosure: I, Melissa Shaw, hold no direct investment interest in any company mentioned in this article.