In the first six months of ’09, palladium’s value could range from $125 to $300 per ounce. The outlook for palladium is positive in some of its applications, however, a worsening economic climate and the possibility of a stronger US dollar could send palladium to as low as $125/oz during the next six months. 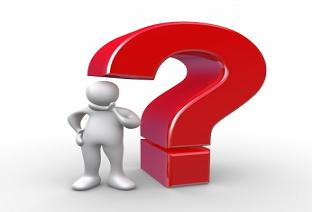 In his opinion, the outlook for palladium is positive in some of its applications. But a worsening economic climate and the possibility of a stronger US dollar could send palladium to as low as $125/oz during the next six months. If economic conditions stabilize or improve, palladium’s strengthening fundamentals could see it trade as high as $300/oz within the same period.

South African investment bank and asset manager Investec recently cut its 2009 and 2010 price forecasts for platinum, palladium and rhodium, citing a downturn in demand from industrial users.  Carmakers are the largest consideration of these industrial users for palladium. The path that vehicle sales take in the coming months will play a large role in the price path palladium will follow. Investec expects palladium prices of $220 an ounce in 2009, down from a previous forecast of $318, and sees the metal at $250 in 2010, compared to the $350 previously forecast. However, the bank left its long-term forecasts for palladium unchanged at $350 an ounce. It said this reflected its view that while 2009 will be “a difficult year for vehicle sales, on a longer term perspective, the fundamentals for platinum group metals demand remain very attractive.”

North American Palladium has announced that  its recent NI 43-101 report outlines an indicated resource of 12.3 million tonnes containing nearly 2.0 million oz of palladium and 150,000 oz of platinum. The indicated resource grades 5.20 g/t Pd, 0.38 g/t Pt, 0.37 g/t Au, 0.13 per cent Ni and 0.11 per cent Cu. There is also an inferred resource of 4.6 million tonnes at 4.85 g/t Pd and 0.37 g/t Pt plus gold, nickel and copper. The company has already outlined its 2009 exploration plans, and has $7.0 million in hand for expenditures. The aim of the ‘09 exploration plan is to upgrade resources in the Offset zone and extend the potential mine life at the Lac des palladium mine. North American Palladium estimated that the Lac des Iles mine produced approximately 250,000 oz of palladium and significant by-product credits annually. The mine operated for 15 years, but was recently placed on care and maintenance.

The world’s biggest producer of nickel and palladium, Norilsk Nickel, expects its revenue for the 2009 financial year to drop to $8-billion, a company spokesperson confirmed on Tuesday. During the first half of 2008, the company reported revenue of about $8.3-billion, and total revenue for the 2007 financial year of $17, 1-billion.The Company would work on lowering costs and cutting investment project spending by 50 per cent in 2009.

While most mines are cutting outputs and shuttering operations, Platinum Australia has just brought a new mine into production.  On Friday the company produced the first flotation concentrates at its Smokey Hills platinum mine. It is anticipated that the first shipment of concentrates to the Impala Platinum smelter would take place within the next week. The Smokey Hill mine, in Limpopo province, started out as an open cut operation, and will continue as such until June this year. The development of the underground mine has already started, and production from this would replace that from the open pit, over the next 12 months. The company’s most recent cost analysis confirmed that Smokey Hills would be among the lowest cost producers in the industry. At the current rand to US dollar exchange rate, the average on-site production costs are estimated to be less than $200/oz for the Platinum Group Metals- platinum, palladium, rhodium and gold. This provides the company with a significant margin, despite the metals’ current prices.