By Dave Brown – Exclusive to ResourceInvestingNews.com This week, the coal equity market seemed to go into full meltdown mode as there was a single negative data point coming out of the European coal markets. After opening the day slowly on Wednesday, API #2 coal, the financial market benchmark for European coal landed at the … Continued 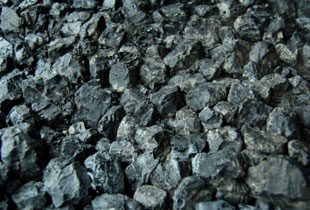 This week, the coal equity market seemed to go into full meltdown mode as there was a single negative data point coming out of the European coal markets. After opening the day slowly on Wednesday, API #2 coal, the financial market benchmark for European coal landed at the Amsterdam Rotterdam terminal, stabilized closing about USD $20/mt lower than the previous day’s close. Raymond James industry analyst James Rollyson believes that the catalyst for this volatility may have been speculators, “the move may have been largely driven by financial traders, rather than fundamental players, and it could have also been those very same traders that helped drive the move over the past few trading days of the quarter – similar to what regularly (reportedly) occurs with the stock market.” In order to provide context for industry stakeholders, Mr. Rollyson points out, “the one-day decline simply brought the API #2 contract price back to essentially where it was a week ago”.

Analyst Jeremy Gray of Credit Suisse sees Wednesday’s selloff as an excellent buying opportunity, “so long as commodities continue to rally, shares will eventually catch up, in our view – this has historically been the case.” In a Wall Street Journal article the analyst provided a greater case for his investment thesis, noting that “there have been 15 sell-offs in the mining sector over the past five years and every pull-back has reversed when investors woke up to the fact that commodity prices were not weakening.”

A number of mitigating factors this year, including: strength across the energy sector, a convergence of mine disruptions, and robust BRIC (Brazil, Russia, India, and China) demand has driven coal prices to 10-year highs. India has been aggressively targeting coal fire generation expansion, although stockpiles are still relatively low. China has shifted from net exporter to bare self-sufficiency. South Africa and Indonesia have historically been net exporters, but are currently retaining more for internal requirements. Earlier in June, The Wall Street Journal highlighted the investment case of Paul Forward, a coal analyst with Stifel, Nicolaus &amp; Co. calling for “demand for coal in the U.S. to outstrip supply this year by 15 million tons, in large part because of the increase in exports, which shot up 49% through April compared with last year. Constraints to production also played a role in the growing shortfall.”

Arch Coal, Inc. (NYSE: ACI) received an upgrade from Citigroup analyst John Hill, from a “hold” to a “buy”, based on industry fundamentals and current irrational market sentiment. In the note Mr. Hill mentions the industry risks, “coal is subject to competition from other energy sources, primarily oil, natural gas, nuclear, and hydroelectric power. Increases / decreases in availability and/or cost of these energy sources could negatively or positively impact demand for coal.”

Mr. Hill indicates that these risks are largely offset by the structural fundamental dynamics of the sector, and that the recent selloff is overdone alluding to the “End of the beginning, not the beginning of the end” for the increase in demand for coal.

In the 1st quarter of 2008 earnings conference call, President and Chief Operating Officer John Eaves indicated that the company’s strategy is for margin expansion and controlling costs, “Looking ahead, we are focused on managing our controllable costs and emphasizing process improvement initiatives to further contain cost escalations. We believe that operating low cost, productive and safe mines provides Arch with a significant competitive advantage in the marketplace.” Arch Coal, Inc. mines, processes, and markets low-sulphur coal from surface, underground, and auger mines located in the western United States and in the central Appalachian region.

About half of the electricity used in the United States comes from coal, and Arch Coal, Inc. is one of the largest producers. Headquartered in St. Louis, Missouri, the company markets its coal primarily to electric utilities to produce steam in boilers and it currently has a market capitalization of approximately USD $9.2 B. The company’s share price closed the week trading at US $63.70 which represents a 129% increase from the 52 week low of August 6.