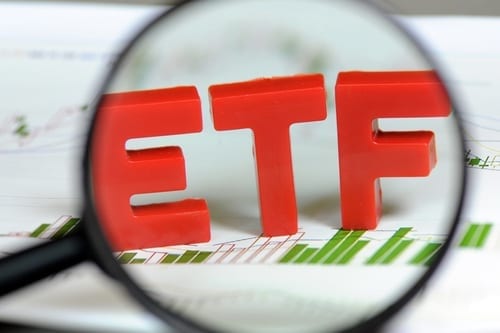 Marijuana investors are facing a now constant flurry of new ETFs coming from the US. Is there a risk of saturation from all the new funds?

Thanks to the viability of investing in marijuana, exchange-traded funds (ETFs) centered on the cannabis space have seen an unprecedented increase in launches so far in 2019.

Existing players in the cannabis ETF space have welcomed the barrage of fresh additions, but debate has developed about the overall health of the market.

A player who helped launch two of these new ETFs in the US said that investment in marijuana is only set to go up as more investors gain confidence in the space.

“It’s pretty evident that there’s an unfulfilled demand in the investment world in (terms of) how to get some exposure to the cannabis industry,” Kip Meadows, CEO of fund administration firm Nottingham, told the Investing News Network (INN).

Nottingham acts as the transfer agent and fund account and administrator for two of the most recent cannabis funds: the Cannabis ETF and the Amplify Seymour Cannabis ETF.

Meadows confirmed that these new funds in the US are targeting investors who are starting to become aware of the financial gains available in the marijuana space. “Each time you have a new industry it’s exciting to be a part of it.”

When asked if these launches could represent an overwhelming slate of offerings for investors, Meadows said he doesn’t see a glut of cannabis funds yet.

“I think we might be getting to the point where you can start looking at the differences between those four to five funds that are out there and say, ‘well which one makes more sense to me?’” Meadows said.

Canadian ETF players react to the rush of new funds

Investors in Canada have engaged and have been quick to adapt to the novelty of the cannabis play. This interest led to the first few cannabis ETFs in the Canadian markets.

Horizons ETFs Management (Canada) launched the first Canadian cannabis fund in 2017 as a passive index tracking the industry. The Horizons Marijuana Life Sciences Index ETF (TSX:HMMJ), launched in 2017, quickly grew and became a reference point for the state of the market.

Mark Noble, senior vice president of ETF strategy with Horizons ETFs, told INN that the appeal for all these funds is still sector diversification.

“Whenever you’re dealing with an early stage industry, like the global cannabis market, you’re going to have a high degree of failure and what you’re hoping to do is capture in some way, shape or form the successful companies that are going to be the leaders of the sector,” Noble said.

Horizons ETFs hasn’t slowed down the pace of its ETF launches. Since the launch of its flagship ETF, the Canadian operator has debuted four more marijuana funds.

With so many new funds entering the space and more on the way, are Canadian ETF operators concerned about a saturation for cannabis funds? Not really; similar to the US, they welcome the growing stream of launches, such as the Amplify Seymour Cannabis ETF.

“More people selling marijuana equities is only going to create more interest in the space, and then people will naturally gravitate towards our products,” said Noble. “I don’t have a problem with that, the competition doesn’t concern us. It probably legitimizes the space.”

Elliot Johnson, chief investment officer with Evolve Funds Group, told INN he is excited to see some competition in the space.

Evolve relies on active management done by Elliot and his team for all its cannabis funds, while Horizons ETFs elects to follow a passive method, meaning the fund tracks a basket of securities and performs a quarterly rebalance to add more stocks into its holdings.

However, Johnson acknowledged there will be a point in the future where the market may see an excess of ETF offerings.

“I think, ultimately, there’ll be some point of saturation where people will stop entering into the cannabis ETF market because they feel the ground is well covered and they’ve got nothing to contribute. At that point in time, things will certainly normalize,” he said.

Market sees stream of ETFs in 2019, more on the way

While Canadian operators are welcoming the competition from these new funds, in the US investors are seeing a rush of funds chasing a collection of similar holdings.

In 2019 alone, the market has seen the launch of eight new marijuana ETFs on North American exchanges. The four US-based funds have similar names at the tops of their holdings lists.

“They’re all pretty much chasing the same group of companies,” Noble told INN. “Anyone coming to market now with ETFs, they are going to have a very hard time distinguishing themselves from the already established ETFs in Canada and the US.”

“It’s a big win for marijuana equity investors, all these new ETFs are coming,” said Noble. “More money comes in ETFs, more money will go into these companies, especially in the smaller side, and they will see their valuations increase.”

Made with Visme Infographic Maker

Despite the excitement from ETF operators to enter the cannabis space — or welcome the added competition — one ETF expert offered a gloomy prediction for the market.

Daniel Straus, vice president of ETFs and financial products research at the National Bank of Canada, previously told Bloomberg he expects sentiment for these funds to dramatically change at some point.

“The risk may be to the starry-eyed fund provider who thinks putting a marijuana ETF out there is an easy path to asset gathering,” said Straus. “When people find marijuana investing boring, many of these smaller products will close shop.”

Straus conceded that the first-mover advantage for some of the first cannabis funds has helped in terms of reach of investment interest. However, he remains skeptical that interest will remain long term. “I do think that a day of reckoning will come,” he said.

Johnson told INN that the first Canadian cannabis ETF saw a rapid surge to over C$1 billion in assets under management thanks to its sole status and because investor interest and enthusiasm was extremely high.

The Canadian fund manager said he views the long-term state of the cannabis ETF market as tied to the maturation of the industry thanks to larger changes expected, such as the full legalization in the US.

“We think (those changes) will bring a whole new category of investors to the market and we think that will be supportive both of valuations improving as well as assets improving the size of the funds in the space and the number of participant investors,” Johnson said.

Canadian players offer a counter to influx of US listings

While the future for the cannabis ETF market continues to develop with emerging US-based funds, the Canadian players maintain one clear advantage in a key growth area.

Multi-state operators (MSOs) are cannabis companies managing assets in states with legal marijuana programs in place for the sale of medical or recreational items. These companies have tapped a play previously unavailable to enthusiastic cannabis investors in Canada.

“I think there may be some investors who are US domiciled buying these funds, thinking that they are getting access to the growth of the US cannabis, but in fact they are not,” Johnson told INN.

Both of these new funds — the Evolve US Marijuana ETF (NEO:USMJ) and the Horizons US Marijuana Index ETF (NEO:HMUS) — listed on the NEO Exchange, an emerging exchange in Toronto that has elected to not block trading from marijuana operations in the US despite the federal illegality of the drug.

“(These new ETFs in the US) don’t even have the ability to buy companies that are really offering probably the most upside potential right now, which are the MSOs,” Noble said.

In addition to these two funds, Canadian investors have also gained exposure in the US space thanks to the Purpose Marijuana Opportunities ETF (NEO:MJJ).

This edge remains thanks to the complex state of the marijuana market in the US.

MSOs seek listings in Canada due to the federal illegality of the drug in the US, preventing listings on any senior exchanges such as the NASDAQ or the New York Stock Exchange.

In Canada, these companies have also been forced to look away from established listing exchanges. TMX Group (TSX:X), which manages the Toronto Stock Exchange and the TSX Venture Exchange, has elected to block any trading for US-based marijuana activities.

As a result, MSOs have had to adapt and pursue listings on the Canadian Securities Exchange and also on the Toronto-based NEO Exchange.

“More normalization of opinions around cannabis in society I think is also going to drive more participation among the investor community,” Johnson said.