We take a look at the latest medical device companies that received an FDA clearance, what their products are about and their stock performance.

Obtaining an FDA approval is a make or break test for several companies, especially in the medical device field. The products put forth undergo a rigorous test in order to make sure it does exactly what they’re designed for and they won’t harm any patients using them.
After a company has been cleared, they receive a letter outlining the rules they have to follow now that they can put their product on the market.
With that in mind, the Investing News Network (INN) takes a look at the three medical device public companies that received the latest FDA clearance in 2016, what their products are about and their current stock performance.
Here’s a closer look at those companies. 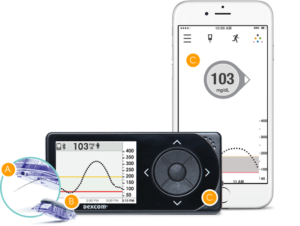 In late December 2016, DexCom received approval for the Dexcom G5 Mobile Continuous Glucose Monitoring System. The device provides patients with diabetes a system to manage their glucose levels and improve their treatment. In January, the company announced it had launched in  select European countries, with additional launches continuing throughout the year.
A metal sensor under the skin of the patient sends an update to a mobile receiver displaying glucose levels every five minutes. The data can also be accessed through an app for smartphones or tablets.
This device allows for patients to make treatment decisions like administer insulin. The produced data can be used to pattern glucose levels and provide adjustments for treatment plans dealing with diabetes.
Year-to-date, Dexcom’s share price has soared 41.79 percent to $84.73. Similarly, the company’s rising share price has been boosted thanks to a clarification on the criteria of usage from the Centers for Medicare & Medicaid Services. 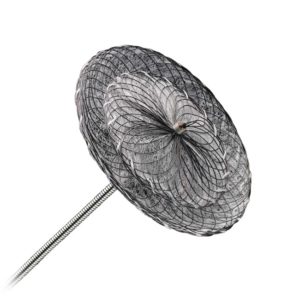 St. Jude Medical was approved on October 28 for the AMPLATZER PFO Occluder, which is made out of two connected discs meant to close a patent foramen ovale (PFO). Essentially what this means is that there’s an opening between the two upper chambers of the heart–a condition more common than one would expect.
After the device has been placed in the body, over time it gets covered by a layer of tissue as the discs close the PFO.
In December 2016, St. Jude obtained FDA clearance for its EnSite Precision cardiac mapping system, which allows for a more precise visualization of the human heart.
While St. Jude Medical independently traded on the NYSE, Abbott (NYSE:ABT) fully acquired the company in January 2017.  As stated in Abbott’s press release, the acquisition will allow for additional growth in developing devices, diagnostics, nutritionals and branded generic pharmaceuticals.  With that in mind, Abbott’s share price has increased 15.65 percent year-to-date to $44.41.

Carl Zeiss Meditec uses ophthalmology and microsurgery–among other things–in an effort to improve the lives of its patients.
As such, The VisuMax Femtosecond Laser received its approval on September 13. This device is an ophthalmic surgical laser designed to create small incisions in the transparent layer on the cornea. That said, the treatment is intended for patients 22 or older and is meant to reduce or fully eliminate myopia.
Much like the two companies listed above, shares of Carl Zeiss Meditec have also been on a tear: year-to-date, its share price has increased 14.23 percent to $39.98. Over a one-year period, however, its stock price has risen 48.13 percent.
Don’t forget to follow us @INN_LifeScience for real-time news updates.
Securities Disclosure: I, Bryan Mc Govern, hold no direct investment interest in any company mentioned in this article.