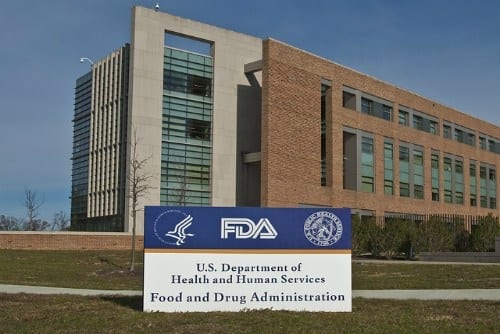 The letter says that some Curaleaf products have not been approved by the FDA and are marketed with “unsubstantiated” health claims.

Curaleaf Holdings (CSE:CURA,OTCQX:CURLF) has been issued a warning letter by the US Food and Drug Administration (FDA) for selling “unapproved” and “misbranded” cannabis products and making “unsubstantiated” claims about the effects of cannabidiol (CBD).

The letter, sent on Monday (July 22), states that some of the products being sold on Curaleaf’s website and marketed through its social media channels have not been approved by the FDA. Additionally, the agency says the products are in violation of certain sections in the Federal Food, Drug and Cosmetic Act.

“Failure to promptly correct these violations may result in legal action without further notice, including, without limitation, seizure and injunction,” the letter reads.

The web pages mentioned in the letter, including “Can CBD Oil be Used for ADHD?” and “How to Use CBD Oil for Anxiety,” can no longer be accessed online.

Following the letter, the government agency sent out a press release on Tuesday (July 23) in which acting FDA Commissioner Ned Sharpless said the federal agency is examining ways to lawfully market cannabis and CBD products while protecting public health.

“Selling unapproved products with unsubstantiated therapeutic claims — such as claims that CBD products can treat serious diseases and conditions — can put patients and consumers at risk by leading them to put off important medical care,” Sharpless said. He added that there are still “unanswered questions” about the effectiveness and safety of products that contain CBD.

“The agency continues to be concerned at the proliferation of products asserting to contain CBD that are marketed for therapeutic or medical uses that have not been approved by the FDA,” the release continues. “Other than one prescription human drug product to treat rare, severe forms of epilepsy, the FDA has not approved any other CBD products, and there is very limited information for other marketed CBD products.”

Curaleaf responded to the letter on Tuesday by saying that it plans on working “collaboratively” with the FDA to resolve the issues. “The company will respond to the FDA letter within the required 15 working days,” its statement reads.

Earlier this year, the FDA held a public hearing to get information about the safety, marketing and labeling of cannabis and cannabis-derived products. With the push towards legalization of marijuana for medical and recreational use, the FDA has told companies that, under the current law, CBD and tetrahydrocannabinol (THC) cannot be added to food, nor can they be marketed as dietary supplements.

“Given the new interest in marketing cannabis products across a range of areas that the FDA regulates, we will need to carefully evaluate how all these pieces fit together in terms of how consumers might access cannabis products,” said Sharpless during the hearing.

Curaleaf’s share price decreased by more than 13 percent on Tuesday and closed at C$9.75. It opened at C$9.35 on Wednesday. Analyst consensus remains favorable, however — on TipRanks, Curaleaf is listed as a “strong buy” with an average price target of C$19.67.

As of the time of publishing, Curaleaf had not responded to the Investing News Network’s request for comment.