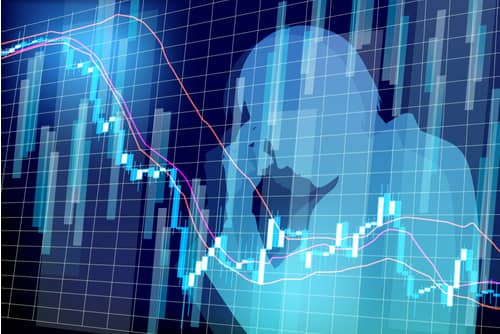 Aridis Pharmaceuticals dipped more than 6 percent on the news that AR-105 did not meet its primary endpoint in a Phase 2 trial.

Shares of Aridis Pharmaceuticals (NASDAQ:ARDS) took a hit on Tuesday (September 3) on the news that the company’s Phase 2 trial of AR-105 to treat ventilator-associated pneumonia (VAP) didn’t meet its primary endpoint.

According to a press release, the trial’s main goal was to show that AR-105 would be superior to a placebo, which it failed to do on the 21st day of the trial. The company also said there were serious adverse event rates and a high imbalance in deaths.

Shares of the company dropped 6.6 percent from its previous close to end Tuesday’s trading session at US$10.90. After-hours trading had bumped its share price up to US$11.01 as of 5:52 p.m. EDT.

The Canadian Patient Safety Institute claims that VAP is the biggest cause of death out of all hospital-acquired infections. The mortality rate for VAP stands at 46 percent compared to 32 percent for ventilated patients that don’t acquire VAP.

Because of the results, Aridis Pharmaceuticals said it won’t be putting any more resources into AR-105’s clinical development. AR-105 previously received fast-track designation from the US Food and Drug Administration (FDA) and finished a successful Phase 1 clinical trial involving 16 healthy volunteers. The Phase 2 trial of AR-105 began in Q2 2017.

“Our team is analyzing the full data set to better understand these top-line results and report the final analysis as soon as possible,” said Wolfgang Dummer, chief medical officer of Ardis Pharmaceuticals.

That being said, treatment options are still available for this kind of condition. In June, the FDA awarded Merck (NYSE:MRK) approval for its previously approved drug, Zerbaxa, to treat both hospital-acquired bacterial pneumonia and ventilator-associated bacterial pneumonia.

In line with this, Vu Truong, CEO of the company, said that Aridis Pharmaceuticals will refocus its efforts on other candidates in its pipeline to treat VAP, such as AR-301.

“This trial is progressing on track, and we look forward to reporting interim data in the first half of 2020 as well as the subsequent top-line data in late 2020.”

The AR-301 Phase 3 trial began in Q1 of this year and is currently enrolling patients in roughly 240 centers in 20 countries for critically ill VAP patients. According to the release, this trial is the first clinical study evaluating immunotherapy together with a human monoclonal antibody to treat acute pneumonia that takes place in an intensive care unit.

Aridis Pharmaceuticals is also advancing its AR-501 candidate to treat lung infections in patients with cystic fibrosis. The company expects it will have top-line results from this Phase 1/2a clinical trial in healthy patients by the end of Q1 2020 and in cystic fibrosis patients in Q2 2021.

The company received orphan drug designation for AR-501 from the FDA in June and was awarded the same indication from the European Medicines Agency for AR-501 in July.