Encana, Canada’s largest natural gas producer is seeking project partnerships that could facilitate the development of unconventional gas fields, with expectations to double its production of natural gas over the next five years.

By Dave Brown – Exclusive to GasInvestingNews.com 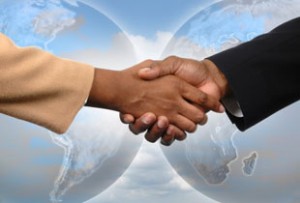 Encana (TSX:ECA), Canada’s largest natural gas producer is seeking project partnerships that could facilitate the development of unconventional gas fields, with its chief executive announcing that the company could see as much as $2 billion in new investment.  On Monday, Encana’s CEO Randy Eresman, delivered the details at the CAPP Oil & Gas Investment Symposium in Calgary, discussing the company’s performance, strategy and outlook.

Encana is seeking joint venture investments of between $1 billion and $2 billion annually, with $900 million already raised this year, including $1.1 billion over five years pledged in February by Korea Gas Corp (SEO:036460) for a position in the Horn River and Montney shale gas fields in northern British Columbia.  With several other companies involved in the extraction of natural gas from these regions, the deposits are significant and represent the third largest North American natural gas accumulation discovered prior to 2010.  Finding outside investors would help the company develop its shale gas and other unconventional properties in North America. Encana is expecting to double its production of natural gas over the next five years, but additional capital from outside partners could expedite that goal.

The markets have responded positively to this announcement with the company’s share prices appreciating almost 2 percent to a range of $35.28. The company has observed a growth of over 5 percent over the past 12 months.

The long time oil and gas executive, T. Boone Pickens, made some cautionary statements on June 15, to suggest that in the wake of the recent oil spill in the Gulf of Mexico, the United States may become even more dependent on foreign oil.  According to his analysis, the United States spent $27.5 billion to buy foreign oil, equivalent to 61 percent of its oil demands in May according to the Department of Energy’s Energy Information Administration.

The implication was that there is currently bipartisan legislation in the House and Senate that heavy transportation fleets could use natural gas to replace the foreign oil, diesel, and gasoline.  “We have a resource in this country, natural gas, that we can use immediately to replace oil for transportation. On an energy-equivalency basis, we have twice as much domestic natural gas as Saudi Arabia has oil,” Pickens said. “It’s clean, domestic and it’s an ideal transportation fuel. We need to put it to work … and now, with a particular focus on heavy duty fleet vehicles.”

On June 14, natural gas spot prices at the Henry Hub traded at $4.94, the highest price since Feb. 19.  Demand for gas in April and May was about 11 percent higher than during the same period of 2009, according to the June 8th Short-Term Energy Outlook release from the department of energy. Gas prices at the hub where New York futures contracts are delivered, will average $4.49 per million Btu in 2010 and $5.06 in 2011, the department estimated in the monthly outlook.  Gas has been the biggest gainer in the S&P GSCI Index of commodities over the past month.

Some analysts believe that the 19 percent jump in natural gas prices in the past month may result in some United States utility companies transitioning to coal power, as rising temperatures boost air-conditioning demand.  About 10 percent of power plants, mostly in the Southeastern U.S., can alternate between the two fuels.  Underpinning a switch to coal would reduce demand for gas just as power producers enter the busiest season.  The energy department expects approximately 45 percent of electricity output this year will come from coal plants and 22 percent from gas power facilities.  Gas became cheaper than coal in March, when prices dropped to a six-month low; however, as gas prices have rallied since mid-May, coal prices have declined by about 1 percent.