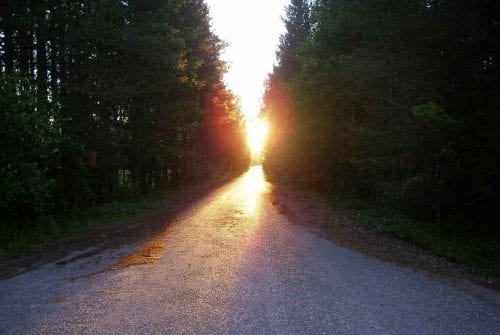 What’s ahead for the gold price next year? Analysts share their thoughts on the gold outlook for 2020 and key factors to watch.

The price of gold has climbed 15 percent since January, stimulated by increasing global debt, geopolitical turmoil and fears of economic collapse.

The prolonged uncertainty around the US-China trade war helped the yellow metal break the US$1,400 per ounce threshold midway through 2019, and it has remained above that level for the last six months.

With the start of 2020 approaching quickly, many investors are now wondering if gold will sustain its gains from 2019 in the new year. Here, the Investing News Network (INN) looks back at gold’s performance over the past year and what analysts expect in 2020.

Unlike 2018, when gold started the year strong and then spent the last six months of the year below US$1,260, the story for 2019 was the reverse. The year was marked by a slow start from January through June, during which the gold price stayed below US$1,321 and was even as low as US$1,266.

However, this was followed by a subsequent price surge that saw gold hit US$1,553, its highest price since March 2013, on September 4.

“Gold prices made steady gains throughout 2019 as the effects of ongoing US-China trade tensions took a mounting toll on the global economy,” said Lindsey Ice, an economist at FocusEconomics.

While the US-China trade deal has undoubtedly impacted the precious metals sector, volatility brought on by Brexit tensions, Hong Kong protests, the disintegration of the Iran nuclear pact and a drone attack on Saudi oil fields all helped the yellow metal rally in the latter half of the year.

Jeffrey Christian, managing partner at commodity research company CPM Group, told INN he expected the price of gold to rebound in 2019, but did not foresee its rapid ascent.

“We expected prices to be weak in the first half of the year 2019, but strengthen in the second half. The price followed that pattern, but started rising earlier and rose more sharply than we had anticipated.”

At the end of 2018, analysts were urging investors to keep an eye on the US Federal Reserve, and the American central bank did not disappoint.

The central bank cut interests rates three times in the latter half of the year. While the US dollar has moved higher with every rate cut, Danielle DiMartino Booth, CEO and chief strategist at Quill Intelligence, has warned about the dangers of easy money.

“If the Federal Reserve holds interest rates too low for too long, then investors are going to behave differently, and they are going to invest and trade amongst one another differently knowing that they can take more risk on. Because if something is to go wrong the Fed has got their back, and that completely distorts the whole price discovery and the whole idea of risk, reward and consequences you take on for speculating,” the author of “Fed Up” told INN in November.

The price of gold was briefly impacted by each rate reduction; however, it was able to rebound and regain ground lost, as central banks around the world began upping their gold purchases.

Frank Holmes, CEO of US Global Investors (NASDAQ:GROW), was surprised by the amount of the precious metal the banks were buying.

“There are the well-known buyers, such as Russia and China, but more countries emerged as gold bulls,” he said to INN. “From Latin America to Eastern Europe, there were surprises in central banks adding to their gold reserves — Poland, Serbia, Colombia and Brazil, to name a few.”

With banks snatching up bullion and increased investor interest, the price of gold has spent the last six months above the US$1,400 mark — a feat it has not achieved since 2013.

“We saw the broadening out of the precious metals trade in the third quarter, with silver and platinum showing some price strength,” Frank Aldis, portfolio manager and senior mining analyst at US Global Investors, told INN. “Gold established a new trading range just under US$1,500.”

Gold exchange-traded funds (ETFs) have benefited from the heightened interest in the yellow metal, with inflows reaching a record high in August of US$6 billion, according to the World Gold Council. However, some ground was losts in November.

“Gold investment demand remains very low. While prices rose after late June, the buying that pushed prices higher was primarily in COMEX futures and options, London and New York forwards and some ETF buying. Longer-term investors buying physical gold in bars, coins and other forms have remained on the sidelines. The price increase has been predicated on shorter-term investors in futures and options.”

For the year ahead, analysts are mixed on what investors can expect from the gold market and the precious metals sector as a whole.

Rick Rule of Sprott (TSX:SII) wants investors to remember that it’s a marathon, not a race, and keeping pace in a bull market is more important than leading the pack.

“If you have a cycle where the index has moved 200 to 1,200 percent on the upside, you don’t need to outperform the market, you just need to perform with the market. So rather than increase risk to try and outperform an already hot market, our belief is that most investors should try to reduce risk — buy the best five or six stocks in the industry, hold on for the two or three year time frame,” Rule told INN at the New Orleans Investment Conference in November.

For his part, Christian emphasized keeping track of the economy, financial market stability and intergovernmental and international politics.

Political issues closer to home are top of mind for Aldis.

“Investors should pay attention to any disruptions to overnight money liquidity or the unfolding of a credit problem,” he said. “Presidential elections later in the year should be interesting. In 2016, gold rallied strongly up until (US President Donald Trump) won the election. A Democratic win in 2020 could give gold an unexpected boost.”

The November 2020 election could play a pivotal role in geopolitical relations as well as in the markets.

Tariffs between the US and China on billions of dollars worth of goods have been in effect since 2018. A phase one trade deal had been expected in early November, but negotiations between the two powerhouse nations continued past then, and were strained after the White House passed two bills in support of Hong Kong protesters.

A new round of tariffs on roughly US$156 billion worth of Chinese imports was supposed to take effect on December 15, and the president has reinstated tariffs on aluminum and steel imports from Brazil and Argentina, adding more opaqueness to an already murky situation. Before the tariffs on Chinese imports took effect, the two countries finally reached a tentative and enforceable phase one deal.

For FocusEconomics’ Ice, the oscillation on the trade deal has sent the markets into limbo over the last year, leaving the majority of FocusEconomics panelists bullish on the gold outlook.

“This trend will likely continue until a more clear-cut resolution emerges. The likelihood the row will persist well into 2020 signifies gold prices should remain elevated. Moreover, leading central banks such as the Fed, the European Central Bank and the Bank of Japan are expected to keep monetary policy accommodative next year, which will also support the outlook for gold prices.”

While the outlook for gold is bullish in the near term, Ice said prolonged trade uncertainty, Brexit indecision and Middle East tensions will leave the price “extremely sensitive to shifts in global sentiment.”

Throughout the year, INN spoke with analysts and experts at various events, and the overwhelming sentiment has been that gold can and will move higher as uncertainty and unrest grow globally.

John Kaiser of Kaiser Research foresees investor interest perking up as gold reaches new heights. “I think we are in the early stages of seeing a massive repricing of gold into the US$2,000 to US$3,000 range,” he told INN in August. “The public won’t come in until they see gold really challenge the US$2,000 mark.”

In September, Rob McEwen, chairman and chief owner of McEwen Mining (TSX:MUX,NYSE:MUX), said he believes the yellow metal has the potential to hit US$5,000 and continue trending higher.

At Mines and Money London in late November, Dr. Torsten Dennin, head of Asset Management Switzerland and a professor of economics and finance, told INN the sector has finally broken out of its rut and is poised to trend higher at a moderate pace.

“(The) last three to four years have been pretty boring on the gold side I have to confess, as it has been in the commodity sphere in general. But lots of analysts pointed out that this year we’ve seen some technical breakthroughs in the gold price. It was rather useful to have the gold price headed up above US$1,400, targeting US$1,500.”

He added, “We could see — probably not next year, but in the next couple of years — prices between US$2,000 to US$2,200 in regard to the economic situation.”

As noted, gold’s current range is indicative of a host of issues in both the financial and political realm, issues Junior Stock Review’s Brian Leni doesn’t see changing anytime soon.

“Breaking US$1,500 per ounce speaks to the level of risk that investors see in the broader market,” said Leni. “Personally, I don’t see any of the major fundamentals changing for the positive in the future, as I believe it’s more likely that we see continued low interest rates, further accumulation of both government and personal debt and, finally, increased chaos in terms of civil unrest (in places such as) Hong Kong, South America and possibly the US, because it’s an important election year.”

For Holmes of US Global Investors, gold price suppression remains a key issue and is one he will be watching in the new year.

“I remain concerned about the suppression of the gold price by the Bank of International Settlements,” said Holmes. “Another growing threat is ESG — environmental, social and corporate governance. Shareholders are increasingly demanding that miners become more environmentally friendly, which, while admirable, could translate into higher costs.”

Editorial Disclosure: GoldSpot Discoveries is a client of the Investing News Network. This article is not paid-for content.