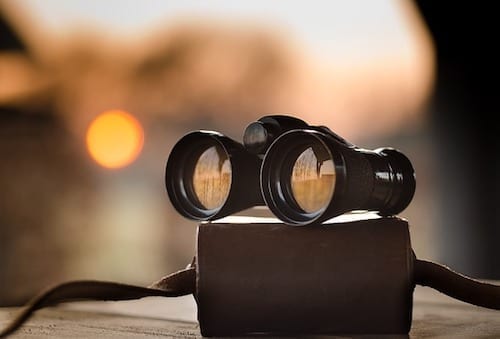 What’s in store for silver in the future? Keith Neumeyer of First Majestic Silver has said he sees the white metal reaching US$130 per ounce.

Silver has made significant gains in the past, but has not risen past US$20 per ounce since 2016.

Neumeyer has voiced this opinion many times, giving the US$130 number in a November 2017 interview with Palisade Research and again in March 2018 with Kitco. In the past, he’s been even more bold, suggesting the white metal could reach US$1,000.

In order to better understand where Neumeyer’s opinion comes from, it is important to take a look at the factors that affect the metal’s movements, where prices have been in the past and where other industry insiders believe it is headed.

First, let’s dive a little deeper in Neumeyer’s predictions that the white metal can break the US$130 per ounce level.

There’s a significant distance for the silver price to go before it reaches the success Neumeyer has boldly predicted. In fact, in order for the precious metal to jump to US$130, its price would have to increase by close to eight times its current value.

Neumeyer sees US$130 silver in the cards in part because he believes the current market compares to the year 2000, when investors were sailing high on the dot-com bubble and the mining sector was down. The First Majestic Silver CEO thinks it’s only a matter of time before the market corrects, like it did in 2001 and 2002, and mining sees a big rebound in pricing. It was during this time that Neumeyer himself invested heavily in mining stocks and came out on top.

He has pointed to repeated gains in the NASDAQ Composite (INDEXNASDAQ:.IXIC) and S&P 500 (INDEXSP:.INX), noting, “Billions and billions of dollars are being thrown into these markets, and if the mining sector even got a small percentage of that money it would light up quite dramatically … I think that’s exactly what’s going to happen.”

The First Majestic Silver CEO has also stated that, while times have been tough in the mining sector since 2012, many companies have since recovered. He believes investors will see increasing production as cash flow increases and technology infuses the mining sector. Neumeyer also anticipates a steady increase in mining efficiency over the next 10 years, which will be reflected in the value of silver.

More controversially, Neumeyer believes the white metal should be uncoupled from gold, and should be seen as a strategic metal due to its necessity in many everyday appliances, from computers to electronics to solar panels. He has also stated that silver production has gone down in recent years, meaning that contrary to popular belief the metal is actually a rare commodity.

According to Neumeyer, “We’re consuming, as a human race, over 1 billion ounces of silver annually, and miners are only producing about 800 million ounces a year, and that’s been dropping for three consecutive years.” He has also pointed to declining grades, making the case for a deficit.

Silver in the future: What factors affect its movements

In order to glean a better understanding of the precious metal’s chances of trading around the US$130 range, it’s important to examine the factors that can push it to that level or pull it further away.

At the end of 2018, the white metal had dropped almost 14 percent thanks to a strong US dollar, a loss of interest from investors and a negative impact from the Fed raising interest rates four times throughout the year.

These factors continue to affect the precious metal, as well as geopolitical issues and elements of supply and demand. Although Neumeyer believes that the tie that binds silver to gold needs to be broken, the reality is that most of the same factors that shift and shape the price of gold also move silver.

It’s helpful to look at gold price drivers when trying to understand silver’s price action in the last year. Silver is, of course, the more volatile of the two precious metals, but nevertheless it often trades in relative tandem with gold.

For gold, and, by extension, silver, a key price driver lately hasn’t been so much supply and demand, but uncertainty. As noted, the past 12 months have been filled with major geopolitical events such as the tensions between the US and other countries such as North Korea, China and Iran. Those tensions and other developments have been major sources of concern for investors in the precious metals market.

Precious metals investors have also been closely following the US Federal Reserve’s interest rate plans. Rate hikes are generally negative for physical silver and gold bullion prices, because when rates are higher it is more profitable to invest in products that can accrue interest.

However, the Fed recently dropped interest rates, a move that has positively affected both metals. Although gold and silver initially dipped following the news, they have rallied in the weeks since.

Further rate cuts remain front and center in many investors’ minds — and for good reason. The Fed has already paused and cut rates and continues to have a dovish tone for the remainder of the year. Market participants should also pay attention to what central banks do going forward, as it could have a large impact on the white metal.

As US currency continues to be less strong than in previous years, both gold and silver have begun some steady inclines, with the white metal gaining — and maintaining — a trading price that is over US$17 per ounce.

EB Tucker, director at Metalla Royalty & Streaming (TSXV:MTA,OTCQX:MTAFF), placed further importance on the relationship between gold and silver, telling the Investing News Network (INN) that now that gold has begun rallying, silver will eventually chase after it.

“At some stage silver wakes up and plays catch up. That’s a move worth owning,” he said. “We could easily see US$20 per ounce silver, which is a roughly 18 percent move from here. That can happen quickly.”

Finally, although supply and demand play a smaller role in what moves the white metal, they are still factors that have an effect on the resource. Interestingly, the latest World Silver Survey, published by the Silver Institute and Thomson Reuters’ GFMS team, indicates that in 2018 the silver market experienced a 3 percent decrease in supply to 1,004.3 million ounces due to reduced mined and scrap output. That led to a physical market deficit of 29.2 million ounces.

Of the 1,033.5 million ounces of silver that were consumed last year, a large portion was through the purchase of silver bullion coins, silver bars and jewelry.

Demand for bullion coins and bars climbed an impressive 20 percent, with the rise being driven by silver bar demand, which rocketed 53 percent. India was the main silver bar consumer, with demand soaring 115 percent higher than in 2017.

Meanwhile, silver jewelry demand rose 4 percent from 2017 to 212.5 million ounces. Once again, India was the largest consumer with a 16 percent increase in jewelry demand, setting a new record level.

Silver in the future: Historical prices

While the CEO of First Majestic Silver is one of just a few saying that silver is poised to reach a triple-digit price, there is support for Neumeyer’s belief that the metal is undervalued and that “ideal conditions are present for silver prices to rise.” These conditions include low interest rates, overvalued markets and a monetary system overcome with indebtedness. And many are on board with Neumeyer in the idea that mining has entered a bull market.

So, if the silver price does rise, how high will it go? Let’s look at silver’s recent history. The highest price for silver was just under US$50 in the 1970s; it came close to that level again in 2011, but has been much lower lately. In 2018, the highest silver had gone was just under US$17.60.

Silver’s highest average annual price didn’t come until 2011, when it hit US$35.12. The commodity price uptick came on the back of very strong silver investment demand, and was more than double the 2009 average silver price of US$14.67. 2011 was also the year that silver hit its highest price in recent years.

Silver in the future: Other opinions

Although many market watchers do believe that the price of silver is prime to rally, none of them are really mentioning such a strong increase. So what prices do they see? As previously mentioned, Tucker predicts that the white metal will hit US$20 relatively soon.

Wiebe told INN that he expects silver prices to be around US$16.75 in 2019 and US$17.50 in 2020 thanks to rising economic and political turbulence weighing on the US dollar and supporting precious metals.

Finally, panelists at FocusEconomics believe that silver will climb to an average price of US$15.80 in the fourth quarter of 2019 before making even further gains to reach an expected average of US$16.60 in Q4 of next year.

Will the price of silver really reach $130? What do you think? Does the idea make you more likely to invest in silver or silver mining stocks? Tell us your predictions in the comments.

91 responses to “Could the Silver Price Really Hit US$130 per Ounce?”