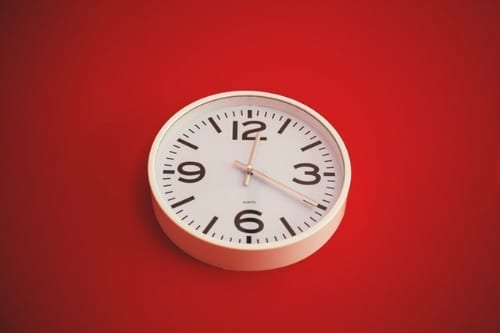 Many investors are asking themselves, “When will silver go up?” Unfortunately it’s tough to get a straight answer, even from experts.

It’s no secret that silver can be an incredibly volatile precious metal. In 2019 alone, the white metal has seen levels ranging from about US$14 per ounce to US$17.

Many investors are confused by silver’s movement. After all, the metal is a safe haven asset that generally fares well in times of turmoil, and the past year has been packed with tense political events.

Unfortunately, answering the question, “When will silver go up?” is tricky — even seasoned analysts can’t tell the future, and it’s difficult to find a consensus on the topic of when it will enter a bull market.

Nevertheless, it’s definitely possible to track down different opinions on the topic. Market participants interested in investing in silver would do well to keep them in mind as they try to determine where the price may move in the future.

When will silver go up?: Silver year-on-year

To approach the question, “When will silver go up?” it’s useful to look at its past performance. As mentioned, silver has certainly had ups and downs over the past year, and at the end of 2018, the white metal had dropped 14 percent from the beginning of the year.

It’s helpful to look at gold price drivers when trying to understand silver’s price action in the last year. Silver is of course the more changeable of the two precious metals, but nevertheless it often trades in relative tandem with gold bullion.

For gold, and by extension, silver, a key price driver lately hasn’t been so much supply and demand, but uncertainty. As noted, the past 12 months have been filled with major geopolitical events like tension between the US and other countries such as North Korea, China and Iran. Those and other developments have been major sources of concern for investors in the precious metals market.

Precious metals investors have also been closely following the US Federal Reserve’s interest rate plans. Rate hikes are generally negative for physical silver and gold prices — that’s because when rates are higher it is more profitable to invest in products that can accrue interest.

However, the Fed recently dropped interest rates, a move that had positively affected both the metals. Although gold and silver initially dipped following the news, they have rallied in the weeks since.

Further rate cuts remain front and center in many investors’ minds — and for good reason. The Fed has already paused and cut rates and continues to have a dovish tone for the remainder of the year. Market participants who are looking to invest in silver and wondering, “When will silver go up?” will want to watch what central banks do.

When will silver go up?: Silver supply and demand

With the silver price enjoying some momentum in 2019, investors are keen to know what may come next. They continue to ask the question, “When will silver go up?” and are on the lookout for catalysts that may drive it higher.

Moving forward, geopolitical events and potential Fed rate decreases will certainly be key factors to watch. As the US and China continue to be embroiled in longstanding trade tensions and the yellow metal continues to climb, silver may be looking at a stellar 2019.

But what about supply or demand for silver? Interestingly, the latest World Silver Survey, published by the Silver Institute and Thomson Reuters’ GFMS team, indicates that in 2018 the silver market experienced a 3 percent decrease in supply to 1,004.3 million ounces due to reduced mined and scrap output. That led to a physical market deficit of 29.2 million ounces.

Of the 1,033.5 million ounces of silver that were consumed last year, a large portion was through the purchase of silver bullion coins, silver bars and jewelry.

Demand for bullion coins and bars climbed an impressive 20 percent, with the rise being driven by silver bar demand, which rocketed 53 percent. India was the main silver bar consumer, with demand soaring 115 percent higher than in 2017.

Meanwhile, silver jewelry demand rose 4 percent from 2017 to 212.5 million ounces. Once again, India was the largest consumer with a 16 percent increase in jewelry demand, setting a new record level.

When will silver go up?: Silver in the future

Speaking about silver prices for the year, Wiebe said that, while they are affected by supply and demand, they are heavily influenced by investors, who often buy precious metals as safe haven assets during times of economic or political uncertainty.

Wiebe expects silver prices to be around US$16.75 in 2019 and US$17.50 in 2020 thanks to rising economic and political turbulence weighing on the US dollar and supporting precious metals.

Firms surveyed by FocusEconomics expect silver will climb to an average price of US$15.80 in Q4 2019 before making even further gains to reach an expected average of US$16.60 in Q4 of next year.

Of course, there’s also the question of manipulation — experts such as Ed Steer of Gold and Silver Digest and GATA believe that the silver price is controlled by entities like JPMorgan (NYSE:JPM) and will not rise significantly until these players allow it to do so.

However, these factors don’t mean that the silver price will never again reach its highest price of nearly US$50. In fact, EB Tucker, a director at Metalla Royalty & Streaming (TSXV:MTA,OTCQX:MTAFF) and the mind behind two publications at Casey Research, told INN that he believes that the stock market will see silver trading at US$20 soon.

If the metal continues to break records, reaching its highest level will become more plausible.

For investors, a key point to remember is that the resource space operates cyclically — while a commodity like silver can experience price rises and falls, ultimately what goes up must come down, and vice versa. The advice to “buy low and sell high” is repeated often for a reason, and though it’s nigh impossible to predict market bottoms, at today’s price, now may certainly be a good time to flex your purchasing power and buy silver.

8 responses to “When Will Silver Go Up?”