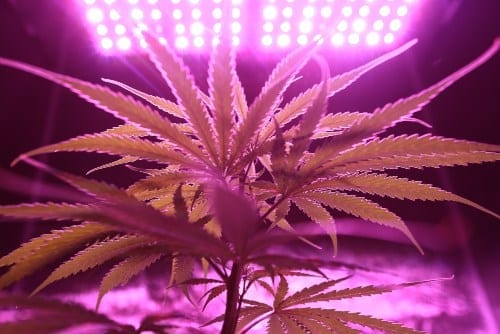 The US has emerged as a cannabis powerhouse, but are US marijuana stocks a good buy for the average investor?

Although Canada was the second country in the world to legalize cannabis, the US has emerged as a cannabis powerhouse.

According to a report from New Frontier Data, the projected growth of the legal cannabis market is set to generate US$26 billion in the US by 2025. Investors have been taking note as US-based cannabis companies continue to grow, despite the federal illegality of the drug.

Here, the Investing News Network (INN) takes a look at the landscape of the US cannabis industry and explores the potential benefits and risks of investing in US marijuana stocks.

US cannabis stocks: The current state of play

Financial advisors and industry experts have expressed excitement at the growing prospects for the marijuana industry in the US.

Nawan Butt, a portfolio manager at Purpose Investments, previously told INN that investment into US-based marijuana companies has been a trend that continues to gain momentum.

“Late last year we saw most cannabis investment move to the US, and that has been the target of this year’s investment thesis as well,” said Butt.

Federally, cannabis is still illegal in the US and is listed as a Schedule I drug by the US Drug Enforcement Administration alongside substances like ecstasy, LSD and heroin.

In 2018, TMX Group (TSX:X), which owns the Toronto Stock Exchange (TSX) and the TSX Venture Exchange (TSXV), cracked down on businesses that were violating federal marijuana laws in the US, warning them of a possible delisting review. However, a notice from the Canadian Securities Administrators revealed increased disclosure expectations for US-based marijuana activities, but left it up to individual exchanges to decide whether or not to list these companies.

“Based on our quality control and standards that we have set for our market, our rules say that you cannot be in violation of applicable laws and regulations in the jurisdictions in which you run your business,” Ungad Chadda, president of capital formation at TMX Group, told the Canadian Press.

As a result, companies instead list on the Canadian Securities Exchange (CSE), which has become a destination for US marijuana companies to raise capital. Of the 181 cannabis companies currently listed on the CSE, over 60 of them are US-based.

For this reason, Curaleaf Holdings (CSE:CURA,OTCQX:CURLF) made the move to the CSE last year.

“It’s becoming sort of the index of choice for US cannabis operators that are ‘touching the plant,’” said Curaleaf CEO Joe Lusardi in an interview with MarketWatch. “We cannot list in the US at the moment, or the TSX, so it was the most logical place to go.”

Richard Carleton, CEO of the CSE, previously told INN that the US cannabis industry has remained largely untapped.

“We really haven’t scratched the surface of the US yet. There are so many states, and such a large percentage of the population (is not) in a legalized recreational state yet,” he said.

The marijuana business has had a bit of a slump in 2019, however.

The US Marijuana Index, which includes the leading cannabis stocks operating in the US, dropped almost 30 percent between late spring and summer 2019. The drop coincided with a series of scandals that have hit the industry, including CannTrust Holdings (NYSE:CTST,TSX:TRST) illegally growing cannabis in unlicensed rooms, the firing of former Canopy Growth (NYSE:CGC,TSX:WEED) CEO Bruce Linton, and a US Food and Drug Administration (FDA) warning issued to Curaleaf for “unsubstantiated” claims about their CBD products.

Despite the federal illegality and some high-level missteps, the cannabis industry in the US has become an established space for investing.

While several cannabis companies listed on the NASDAQ or the New York Stock Exchange (NYSE) are Canadian, there are also US companies that have the benefit of not dealing directly with the plant, like Innovative Industrial Properties (NYSE:IIPR), a real estate capital provider for medical cannabis companies. Another example of this is Intec Pharma (NASDAQ:NTEC) and Cara Therapeutics (NASDAQ:CARA), which are pharmaceutical companies that work more in delivery systems and medical research.

Analyst excitement has largely been focused on the rise of the multi-state operator (MSO).

MSOs are often vertically integrated within the states they operate, covering cultivation, production and distribution. These multi-state companies have worked to position themselves for the federal cannabis legalization.

The MSO setup has been an attractive one for companies in the cannabis space. Since the drug isn’t currently legal nationwide in the US, replicating operations in several states has proven to be advantageous.

A recent addition to the MSO space was SOL Global (CSE:SOL,OTC Pink:SOLCF). In early August, SOL Global announced a change of business from an international cannabis investing company to a US MSO.

Operations for the new MSO are going to include assets in Florida, Michigan and California, which ArcView Market Research reported were three of the top 10 US cannabis markets by revenue, according to the press release. The change to the MSO format came along with a rebranding under the name Bulma Wellness.

“We have planned this transition … to coincide with the rapid growth of the legal US cannabis marketplace amid a presumptive tail wind from federal policy reform initiatives related to cannabis,” SOL Global CEO Brady Cobb said in the statement. “We believe that the timing of our MSO’s entrance to the market will position us well to capture that growth.”

MSOs in the US have also been bolstered by multi-million dollar mergers and acquisitions.

In July, Curaleaf acquired Grassroots for US$875 million, resulting in Curaleaf calling itself the “world’s largest cannabis company by revenue.”

With federal legalization, though, US-based MSOs could look forward to consolidating their operations, a milestone that could prove to be quite profitable according to Mackie Research analyst Greg McLeish.

McLeish previously told INN, “(MSO consolidation would) create huge economies of scale and will increase the profitability of a lot of these companies.”

Currently, California has the top spot when it comes to the size of its cannabis market when compared to other state markets. A report from Arcview Market Research and BDS Analytics said that California alone accounts for a third of the North American marijuana market. The report also estimated that marijuana sales in California could be worth US$5.1 billion in 2019.

Other states that may legalize the drug in the near future include Ohio, New York and New Jersey, according to USA Today.

There has also been an increasing number of cannabis-focused exchange-traded funds (ETFs). In July, Amplify ETFs launched the Amplify Seymour Cannabis ETF (ARCA:CNBS) on the NYSE Arca.

Here’s a list of the top 10 holdings of the Amplify Seymour Cannabis ETF:

ETFs remove some of the risk associated with getting into the cannabis market by allowing investors to get their hands into all parts of the value chain from growing to production to distribution.

Since the industry is still in its infancy, cannabis stocks are still subjected to a degree of volatility, but ETFs allow for diversity while also providing the security of a specific investment objective.

The emergence of ETFs in the cannabis space is a fairly new phenomenon. The first of these was the Horizons Marijuana Life Sciences Index ETF (TSX:HMMJ) launched by Horizons ETFs Canada in April 2017.

While still not federally legal, the large audience and the ability to freely brand and market products has made the US an appealing arena for cannabis companies.

During a panel presentation in July, Charles Taerk, president and CEO of Faircourt Asset Management, spoke about the next stages of cannabis investing.

“Near term, we believe the place to be investing is in the United States,” said Taerk. “The ability to market and promote and brand your products is virtually unlimited and US.”

With the increasing possibility of the federal legalization of recreational marijuana on the horizon, US marijuana stocks present a lucrative market to invest in and will continue to do so as the industry matures.

Editorial Disclosure: MediPharm Labs is a client of the Investing News Network. This article is not paid-for content.

5 responses to “Are US Marijuana Stocks a Good Buy?”