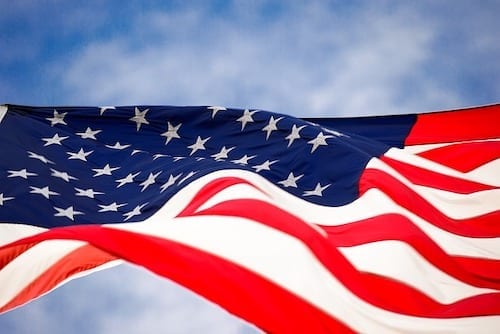 INN offers a closer look at some of the states attracting public multi-state operators in the cannabis industry.

As multi-state operators (MSOs) continue their rise in market appreciation and gain more attention from marijuana investors, a key metric for these companies is in which states do they operate.

Due to the continued search for growth-oriented plays in the marijuana public market, investors have turned their attention to the US cannabis industry.

Because of the federal illegality of cannabis and its derivatives, companies only have access to consumers in states that moved forward with legalization policies for the medical and, in some cases, even recreational space.

Here the Investing News Network (INN) offers a closer look at some of the states that companies and analysts are observing closely for growth.

These MSOs pursue the acquisition and operation of cannabis assets in legal states, including processing and growing facilities, networks of physical retail stores and lines of branded products.

“With some of these multi-state operators, no question they are taking up some quite a bit of market share pretty quickly,” Korey Bauer, managing director with Foothill Capital Management and portfolio manager of the Cannabis Growth Fund, previously told INN.

A separating factor from the US market compared to other legal marijuana jurisdictions, is that since each state has decided or allowed voters through ballot measures to decide when to implement marijuana laws, that means states have different timelines and different ways to set up their programs.

As previously indicated, some states have moved forward with an initial medical program, while others have gone as far as to allow recreational sales on some level.

Currently 10 states have fully legalized recreational marijuana use, while 33 states have already opened the doors to a medical program.

Nawan Butt, portfolio manager with Purpose Investment, told INN that investors need to consider the states an MSO may be located or looking to expand into before investing.

“Illinois, Michigan, Ohio, Pennsylvania the rust belt essentially is very, very attractive and anybody who’s already placed there in the medical program does have an advantage of going into the recreational programs that come out,” Butt said.

Additionally, he explained when evaluating MSOs and which states they are in, the issue of licenses must be examined.

A vibrant and diverse market such as California may sound like a solid expansion point for an MSO but in reality the market has been diluted due to an open system. Instead, Butt prefers states in which the market is just opening up.

“Having more than 100 direct cultivators, producers dispensaries within one of these states can cause a high-density and then a high-competition as well,” he said.

Here are some states that experts and companies have on the come up for investors to know.

The Sunshine State offers investors an emerging marijuana market that currently only allows for medical sales through dispensaries.

During the Canaccord Genuity Group’s (TSX:CF) “Growth Investor Day,” Trulieve Cannabis (CSE:TRUL,OTC Pink:TCNNF) CEO Kim Rivers told the audience she is not expecting to see the issue picked up in 2020 but rather in the 2024 elections.

As part of a research note on the state of the US cannabis market, Neal Gilmer, analyst with Haywood Securities, wrote Florida was one of the more attractive states in the US.

“The state is in the early stages of adoption and we believe will continue to support strong growth metrics as the medical program continues to evolve,” Gilmer wrote.

Fellow analyst Matt Bottomley, a director with equity research at Canaccord, said during the “Growth Investor Day” Florida was one of the most attractive markets in the US.

Despite only opening with a medical cannabis framework, Pennsylvania has quickly risen in the attention from the market.

“Pennsylvania’s medical marijuana program is an unqualified success and has been the best state that’s ever had a program rollout,” Andrew Blasco, the Pennsylvania Cannabis Coalition executive director told The Inquirer. “Our rate of registering patients has been better than any other across the country.”

Blasco said the existing current dispensaries in the state, could quickly start the sales for recreational items.

During the Canaccord investor event, the management team for Cresco Labs (CSE:CL,OTC Pink:CRLBF) indicated Pennsylvania, along with Florida, was one of the fastest growing medical markets in the US they had seen.

The state is currently gauging citizen interest on a reform to allow recreational sales of cannabis.

New Jersey has attracted the attention of MSOs thanks to its rapidly emerging medical space, and the promise for an incoming recreational program.

In March, New Jersey lawmakers established a plan for the opening of recreational sales. The Cannabis Regulatory Commission of New Jersey would be tasked with overseeing the industry and its licenses if the bill is approved.

Recently, the state increased the number of licenses for medical producers allowed to sell product.

As a result of an US$850 million all stock acquisition of a private MSO, Harvest Health & Recreation (CSE:HARV,OTCQX:HRVSF) announced New Jersey was one of the top markets it had gained access to.

The marijuana business in the US is expanding and gaining more popularity as these cannabis companies pursuing various assets reach the public space.

Investors looking to add some of MSOs to their portfolios have to evaluate the states in which the company operates and which markets offer the most growth potential, as the US continues to open the doors to marijuana.

9 responses to “States to Follow for US Cannabis Investments”