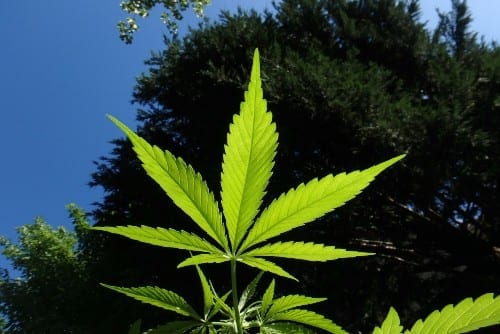 Early investors saw impressive returns, but is it now too late for newcomers to take advantage of the industry and invest in cannabis?

As it continues to grow, the cannabis market has been an investing success story.

Early investors saw impressive returns, but now the market has had some time to develop. As it continues to deal with volatility, is it too late for newcomers to take advantage of the industry?

Here, the Investing News Network (INN) explores whether or not there’s still money to be made in cannabis and looks at the factors that continue to make it a lucrative space.

For Brad Poulos, an entrepreneurship professor at the Ted Rogers School of Management at Ryerson University, the simple answer is: no.

“You think back to the gold rush a hundred and some years ago in the Yukon. Most of the people that made the money were ones that fixed shovels and operated the hotels. There’s still all kinds of those opportunities left, both domestically, but more importantly, globally (in cannabis),” Poulos said in an interview with the Investing News Network (INN).

Poulos thinks opportunities for huge gains in cannabis cultivation may be behind us, but there’s no shortage of marijuana companies that are indirectly involved with the industry and may pose interesting opportunities.

Carleton told INN that he doesn’t “buy” that the cannabis industry is no longer accessible to the average investor.

Like Poulos, Carleton said the industry is complete with a wide variety of different companies that focus on everything from delivery systems to researching the medical applications of the drug.

With so much diversity, he said that “(Cannabis companies will) come with specific advantages in what they’re doing and they will provide excellent investment returns for investors.”

“It’s kind of like saying that all the money’s been made in the technology industry,” said Carleton. “There’s no such thing.”

Despite the breadth of the cannabis market, some industry experts have concerns about its continued growth.

Mackie Research analyst Greg McLeish told INN that earlier on, when licenses were few, getting a license would give a company’s share prices a “reasonable pop.” That phenomenon ended over a year ago. Moving forward, McLeish thinks that moves in the cannabis space will be more “conservative.”

McLeish said the average investor should look at a company closely before getting swept up into the excitement surrounding cannabis.

“I would be looking for a couple of things. First of all, is governance,” said McLeish. “The other thing I would do is look at … the strategy and how they’re going to execute on that.”

He added that a particular point to consider is if a company has had success in ventures outside of cannabis to get a sense of whether or not it is dedicated to developing a diverse portfolio.

One of the more recent trends in the cannabis space has been the move towards edible products. Creating THC and cannabidiol (CBD)-infused food and beverages has been the focus of some of the industry’s biggest names, including Canopy Growth (NYSE:CGC,TSX:WEED) and Aurora Cannabis (NYSE:ACB,TSX:ACB).

With the upcoming legalization of edibles in Canada later this year, the marijuana market could be set to experience a boost. A recent study from Deloitte estimates that the edibles and alternative product market in Canada will be worth C$2.7 billion.

“The edibles market alone is estimated to be worth at least $1.6 billion a year in Canada, with cannabis-infused beverages adding a further $529 million,” said Deloitte executive Jennifer Lee.

Internationally, edibles are set to grow even further.

A report from Zion Market Research estimates that the global cannabis edibles market will be valued at US$11.6 billion by 2025.

While edibles may be positioned to be a boon for the cannabis industry, there are concerns about whether or not the introduction of them will have any real effect.

McLeish said he thinks edibles will be a “definite catalyst” for cannabis, saying that they’re much higher margin products.

“They’re in significant demand in any state that’s legal right now, so any company that does it successfully, I think, (will) have a real leg up and it’s going to impact (companies’) sales and margin performance,” McLeish told INN.

He added, though, that the slow rollout of edibles in Canada is going to hinder the industry’s growth.

“If you’re going to legalize cannabis, you have to bring all forms of consumption into play. That means that means vapes, edibles, concentrates and everything like that,” said McLeish. “What I see … is that the black market products right now continue to outsell or continue to be in high demand of the recreational consumer.”

The demand for illegal cannabis in Canada may be due in part to its significantly lower cost. In July, data from Statistics Canada reported that in the second quarter of 2019, legal cannabis cost C$10.65 a gram while illegal cannabis was valued at C$5.93 a gram, a difference of almost 57 percent.

“Part of the issue is the fact that edibles were late to the game,” continued McLeish.

Poulos, however, doesn’t think that edibles will have any notable effect on the cannabis market overall.

Poulos suspects that Health Canada’s licensing regime is going to get “clogged up,” mentioning the CannTrust (NYSE:CTST,TSX:TRST) debacle, in which the company was found to be growing cannabis illegally in unlicensed rooms, as one reason why Health Canada may be more cautious when it comes to allowing companies to sell edible products.

There is also concern around how edibles will be marketed and branded in Canada and the effect that will have on sales. Current legislation limits the amount of THC per package to 10 milligrams and the packaging has to be one uniform color and “must not display any brand element.”

“I think that the roll out of these things is going to be a trickle, not a firehouse,” said Poulos.

Legalization in the US

Perhaps the biggest windfall for the marijuana market is the legalization of cannabis in the US.

Though not currently federally legal, the markets that do exist within states in the country where medical or recreational cannabis is legal are prosperous. Florida, for example, has only legalized marijuana for medical purposes, but, according to data from Statista, medical cannabis sales in the state will be worth US$2.5 billion by 2025.

The country has also seen the rise of multi-state operators (MSOs) that work within the cannabis industry.

Recently, MSOs have been making moves to position themselves for federal legislation in the US. In July, Curaleaf Holdings (CSE:CURA,OTCQX:CURLF) acquired Grassroots in a US$875 million deal that resulted in Curaleaf calling itself the world’s largest cannabis company by revenue.

Columbia Care (NEO:CCHW,OTC Pink:COLXF), another MSO, has also been trying to widen its reach. In July, the company announced the opening of 20 new dispensaries in Florida.

McLeish said that federal legalization would allow MSOs that have replicated their operations in several states to “consolidate into one general area and ship across state lines.”

“That’s going to create huge economies of scale and will increase the profitability of a lot of these companies,” McLeish added.

There have also been a series of exchange-traded funds (ETF) that have been popping up as of late. In July, Amplify ETFs announced the launch of the Amplify Seymour Cannabis ETF (ARCA:CNBS) on the NYSE Arca. Holdings in the ETF fall within three categories: cannabis and hemp cultivation, agricultural technology and ancillary companies in the cannabis industry.

Other ETFs include the Evolve US Marijuana ETF (NEO:USMJ) from Evolve Funds Group and the Horizons US Marijuana Index ETF (NEO:HMUS) from Horizons ETFs Management. Both ETFs launched on the NEO Exchange earlier this year.

Is it too late to invest in marijuana? Investor takeaway

Analyst consensus is that, while the cannabis industry has had some time to age, the space will continue to cultivate interesting opportunities.

“Yes, there was a great run for the Canadian (licensed producers) and investors did make a lot of money, but this industry is a long, long, long way from being mature,” said Carleton.

Carleton emphasized sticking to the fundamentals for investors, including looking at earnings, cost control and whether or not the management team is successful in carrying out the company goals.

McLeish also thinks that mindful investing is key in making good moves in the cannabis space.

“If you’re going to own some of these companies, you don’t want to just own them for a week or two, you want to sit there and make a play on it and some times that might mean buying more than one of them,” he said. “You want to sort of play out and see how their strategy evolves.”

As for where investors should focus their attention, Poulos recommends keeping an eye on companies that are working primarily in the science of cannabis.

“They’re going to have more and more and more research done on cannabinoid therapy and drugs derived from cannabis plants,” he said. “That’s where I think of putting my money.”

3 responses to “Is it Too Late to Invest in Marijuana?”