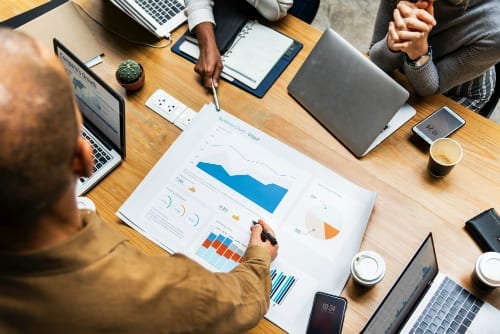 Since Canada became the first industrialized country to legalize recreational cannabis use last year, there’s been a lot of anticipation about what it may mean for the global marijuana market.

Some industry experts, however, say that medical cannabis is going to be much more lucrative globally. During a panel presentation last week, investors got the chance to learn from cannabis expert Charles Taerk about the best moves to make in marijuana.

Taerk, who is president and CEO of Faircourt Asset Management, said that medical cannabis is where the most impressive opportunities are going to develop in the next few years as the industry stabilizes.

Faircourt Asset Management is a sub-advisor to Ninepoint Partners, a Toronto-based investment manager. Faircourt has its hand in the metals sector, North American equities and, more recently, the cannabis space through the Ninepoint Alternative Health Fund.

The actively managed fund is largely focused on cannabis and features marijuana stocks as well as companies in the larger healthcare industry.

During the presentation, Taerk said that a “demographic tailwind” of baby boomers looking to stay healthy, along with the growing acceptance of cannabis as an alternative form of healthcare, will support the development of the industry over the next decade. He also said that the nascent global cannabis market is going to be built on “global medical innovation.”

A Research and Markets report projects that the global cannabis market will be worth almost US$90 billion by 2024 and identifies the market for medicinal properties as one of the drivers of future growth.

In an interview with the Investing News Network (INN), Taerk mentioned that the fanfare around recreational marijuana use is confined largely to Canada and the US. He added that the excitement doesn’t take the growing movement towards medical cannabis legalization internationally into account.

“Although people are very excited by the media attention of recreational adult usage … the cannabis industry is not just about Canada,” said Taerk. “The medical side of the business is going to be much greater because really only North America at this point is embracing the recreational side of it.”

Within North America, Taerk said that the US is proving to be an advantageous space to build both medical and recreational cannabis brands because of low company valuations and ease in marketing.

He used Florida’s cannabis market as an example. It is currently only supported by legal medical marijuana sales and has been projected to be worth US$2.5 billion by 2025.

“Even though (in) the US (cannabis) is still federally illegal, with the large addressable market and the ability to market and brand, there’s more of an opportunity to create trust amongst consumers,” Taerk told INN. Canadian cannabis companies, on the other hand, “can’t compete on anything other than price” when it comes to similar cannabis products.

The rules set out in the regulations section of Canada’s Cannabis Act state that packaging for cannabis products “must not display any brand element” and must be one uniform color. The amount of THC is also regulated and will be limited to 10 milligrams per package.

Taerk explained during the presentation that although Canada was the first G7 country to legalize cannabis, the “regulatory burden” is now hurting Canadian licensed producers (LPs).

“We might be losing our first-mover advantage around the world,” he said.

Despite the hurdles, the Canadian marijuana market may receive a windfall once edible cannabis products, both food and beverage, hit shelves later this year.

This upcoming round of legalization, which is being hailed as “Cannabis 2.0,” is set to create a market worth more than C$2.5 billion, according to a recent report from Deloitte.

In Taerk’s view, the biggest challenge facing Canadian LPs now will be how they respond to Health Canada’s rules surrounding the edible rollout. Edibles officially become legal on October 17. However, they won’t be available until mid-December this year because Health Canada will require 60 days of advance notice of products from companies.

Because of this, Taerk said investors should be adjusting their numbers down since “what we expect to see (in) Cannabis 2.0 won’t really be felt until another quarter or two.”

The future of cannabis nationally and globally will continue to be in flux as it finds its footing. Taerk said in the next 10 to 15 years, consumers and investors will see big changes in the cannabis landscape.

According to Taerk, Canada’s population — which currently sits at 37.4 million, according to Statistics Canada — won’t be able to sustain the number of LPs that exist today.

“I think what is going to happen over time is similar to the beer industry where we used to have many large breweries and through consolidation, some companies went away.”

He estimates that Canada will see a drop in the number of LPs in the coming years.

“I think in this case there will be less consolidation (in cannabis) because we won’t need as much cultivation and so some businesses, unfortunately, may go out of business.”