The 2015 Canvest conference in Vancouver featured a lively panel discussion on critical metals trends. In particular, Chris Berry of House Mountain Partners and the Disruptive Discoveries Journal spoke about why he’s bullish on cobalt. 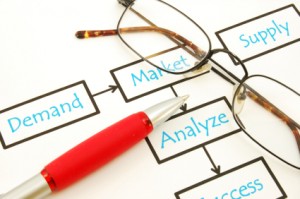 Preston noted that the title of the talk could be taken in one of two ways: one could look at critical metals and what the trends are in those, or general metals trends and what is critical about them.

Certainly, the panelists covered a wide range of topics, and there was even a spirited digression into the topic of private placements. However, overall, there were plenty of useful takeaways for critical metals investors.

When asked about the importance of following price trends, Berry noted that there’s “very little price transparency” when it comes to metals like lithium, graphite and scandium.

As an example, he cautioned investors that prices seen in individual deals might not be representative of wider prices. “Just because a graphite producer and a refractory producer do a deal for 20,000 tonnes of a certain flake size at a given price doesn’t mean that that’s what the price is,” Berry said. “That’s just the price that they agreed upon.”

He advised investors to “keep a general eye on price trends,” but added that he wouldn’t necessarily try to gauge the direction those trends are headed in.

Berry spoke about how it’s helped him to keep track of macro trends in urbanization, and noted that there’s still plenty of growth emanating out of Asia, which could spark a need for more critical metals.

“These plans for electrification and these plans to transform [China’s] economy from one that’s less infrastructure focused and more consumer focused are dependent on reliable supplies of these niche metals,” he said, “and it looks increasingly likely that these niche metals, be it lithium, cobalt or graphite, are going to come from other countries aside from China.”

The importance of end-users

For Katusa, it is important to keep end users in mind when looking at critical metals. “When you start investing in a sector, ask ‘who is the end user? What is the actual market end?’ Follow the people more so than the sector,” he said.

For example, he stated that while thorium is interesting theoretically, it’s “not going to happen” because uranium reactors produce plutonium as a by-product, which helps build nuclear weapons arsenals.

Katusa admitted that the uranium sector hasn’t been the greatest lately. However, he stated that he’s still had some success with Uranium Energy (NYSEMKT:UEC), and noted that the CEO has “doubled [the company’s] share price in the last 40 days.”

In terms of specific metals, Berry stated that he is the “most bullish on cobalt” due to a potential lack of reliable supply.

“About 85 percent of the cobalt that is used today comes from the Democratic Republic of the Congo,” he said, noting that there are plenty of challenges in that country, including infrastructure challenges. More importantly, for users such as Tesla Motors (NASDAQ:TSLA), more supply will be needed.

Keeping an eye on zinc

For Kaiser, zinc is most important to consider. “Zinc is the biggest one to focus on because China has been the biggest zinc producer for the past couple of years,” he said, noting that China has dominated zinc production since 1980 and that no new mines have been developed as of late.

Berry looked to the majors for his top picks, stating that any immediate increase in cobalt production will have to come from one of the majors. He pointed to Freeport-McMoRan (NYSE:FCX), one of the largest cobalt producers in the world, and similarly pegged Chile’s SQM (NYSE:SQM) as a lithium play.

On the junior side of things, he said “it’s all about strategic relationships.” In that light, he reiterated his interest in Lithium Americas (TSX:LAC) given its relationship with Korean steelmaker POSCO.

Katusa picked Brazil Resources (TSXV:BRI) and Focus Ventures (TSXV:FCV), stating that he’s a large shareholder and reporting issuer for both companies. “It’s not a critical metal, but it’s absolutely critical,” he said, speaking to phosphate and Focus Ventures. “The phosphate market is controlled by three companies, and with all the organic-certified foods moving forward, you want direct-application phosphate rock.”

Holmes didn’t mention critical metals specifically, but had an interesting idea for looking at junior mining stocks. He advised investors to visit the websites of major royalty companies such as Franco-Nevada (TSX:FNV) and to “look at the junior companies that they give their good housekeeping seal on.”

Finally, Kaiser has long been a big fan of scandium, and he mentioned it again during the panel — he explained how niobium production rose to meet latent demand and said he sees a similar scenario on the horizon for scandium. He picked Robert Friedland’s CleanTeQ (ASX:CLQ) Holdings and Scandium International Mining (TSX:SCY), which he owns, as two scandium stocks to watch.