Chris Berry is known for his positive view on energy metals in the midst of broader weakness in commodities prices. He brought up that point of view again during his presentation at this year’s PDAC conference in Toronto, giving some insight into why he favors metals like lithium, graphite and cobalt and what the future might hold for those markets. 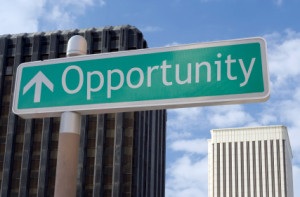 As president of House Mountain Partners and co-editor of the Disruptive Discoveries Journal, Chris Berry is known for his positive view on energy metals in the midst of broader weakness in commodities prices.

He brought up that point of view again during his presentation at this year’s PDAC conference in Toronto, giving some insight into why he favors metals like lithium, graphite and cobalt and what the future might hold for those markets.

First, he spoke about the state of the global economy. While he admitted that things are not looking too bright in some countries, he drew the audience’s attention to an interesting point made by the chief economist of the bank of England — China is still growing, whether at a rate of 7 or 5 percent. To put that in perspective, “China creates a new Italy every 18 months, a new Portugal every quarter, a new Greece every month and a Cyprus every week,” he said.

Energy metals are the place to be

One of the main reasons he thinks that’s the case is that the demand for those niche metals is “growing well above global GDP.” For example, he stated that lithium demand is growing at 8 percent per year, while demand for cobalt is going up by 6 to 7 percent. ”When you compare that to global growth at about 3 percent, where would you rather be focusing right now?” he asked.

Furthermore, he stated that while the markets for such metals are small, “it’s not just about batteries” as many may believe.

A variety of uses

“A lot of people don’t realize that lithium is used in about 75 or 80 different products,” he said. “Graphite is used in about 180, so there are plenty of different ways to soften the blow should demand from one of the major growth areas soften.”

On top of that, while Tesla Motors (NASDAQ:TSLA) is currently the “800-pound gorilla in the electric vehicle space,” Berry contrasted its sales with those made by General Motors (NYSE:GM), which “sells in one weekend the same number of cars that Tesla sold all last year.” While he admitted that gives an idea of how small the electric vehicle market is, that’s not all there is to the picture.

“It’s a huge market with potential for growth, provided people come in and spend the money on the R&D,” he explained, “which is something we see happening.”

Certainly, metals like lithium, cobalt and graphite only garner small markets — Berry pointed out that the entire global lithium market only generated about a billion dollars in revenue last year. But even so, technologies related to those metals are generating interest from big companies like General Electric (NYSE:GE) and Korean steelmaker POSCO, and Berry said that’s important to note.

“Why are these multibillion-dollar companies bothering with these small metals and minerals if there’s not some potentially huge prize there?” he said. He also spoke about the falling price of electricity and how that could mean more use of energy metals as the trend continues.

Still, he stated that there is overcapacity in the space, with about 185,000 tonnes of capacity in a 160,000-tonne-per-year lithium market. Berry doesn’t see the market tipping in the other direction until 2017 to 2018, and suggested that “now’s the time for due diligence,” rather than for buying up stocks.

In terms of juniors, Berry said they’ll need to be extremely cost competitive, especially in a sector like lithium where prices are largely dominated by an oligopoly of four major producers. “You have to have some sort of differentiator that allows you to prove that you can produce a tonne of lithium carbonate at a cost that’s competitive,” he said.

To give an example, Berry pointed to the lithium processing technology currently being developed by POSCO. “They have patents on technology that can [at a pilot scale] produce a tonne of lithium carbonate from brines in South America in a fraction of the time and at a fraction of the cost compared to traditional lithium technology,” he explained. “… that could upend the entire space. Any junior that can compete … has to have some sort of special advantage like that.”

In terms of junior companies he’s looking at, Berry mentioned Lithium Americas (TSX:LAC) as an “interesting lithium play” given that it has the relationship with POSCO mentioned above. POSCO has set up a lithium extraction demonstration plant at Lithium Americas’ Cauchari-Olaroz project in Argentina, and things are going well there so far.

On the cobalt side, Berry mentioned three companies he’s interested in: Formation Metals (TSX:FCO,OTCQX:FMETF), Global Cobalt (TSXV:GCO) and Fortune Minerals (TSX:FT). “The reason why I’m particularly interested in those cobalt plays is because they’re not in the Congo,” he said, citing the importance of considering geopolitics when creating and accessing cheap energy.

Overall, Berry provided some positivity in spite of weaker prices for other metals, admonishing investors who haven’t already done so to take another look at the energy metals space. “If you think the entire commodity space is behaving the same way you’re missing the point,” he said. “Lithium prices are stable. Cobalt prices are stable. You need to think a little bit more deeply about what’s going on in the energy metals space because there’s a lot of opportunity there.”