Cobalt consumption has increased in 2010 and this trend should continue in coming years, due largely to the mineral’s use in rechargeable batteries, like those found in hybrid electric vehicles. What makes the future of cobalt somewhat uncertain, however, is that the industry is unusually complex and concerns about conflict minerals continue to make headlines. 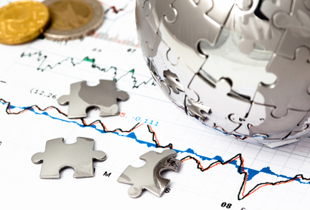 Cobalt consumption has increased in 2010 and this trend should continue in coming years, due largely to the mineral’s use in rechargeable batteries, like those found in hybrid electric vehicles. What makes the future of cobalt somewhat uncertain, however, is that the industry is unusually complex in some aspects, as the supply base consists of several groups of producers with different business models and economic drivers, including a significant volume of by-product producers primarily from copper and nickel mining operations.

One primary factor influencing the potential instability of the future of cobalt mining is that a single country led the way in production in 2010—the political unstable and human rights abuse-ridden Democratic Republic of Congo (DRC)—contributing approximately 45 percent of the world’s supply. Amidst civil war and illegal mining operations associated with the trade of “blood minerals,” global supply in the coming years will be heavily dependent on mining policy in the DRC. As reported by Cobalt Investing News in early December 2010, human rights issues surrounding cobalt mining in the DRC were highlighted in recent Wiki-Leaks documents from the US State Department. The Tenke Fungurume mine located in southern DRC, run by Freeport- McMoran Copper & Gold Inc. (NYSE: FCX ), Lundin Mining Corp. (TSX:LUN ) and Gecamines, is suspected of being the cobalt mine in the Wiki-Leaks cable, and according to Freeport McMoran is expected to produce 250 million pounds of copper and 18 million pounds (8,166 metric tons) of cobalt per year.

China is a growing importer of cobalt from the DRC, buying concentrates and intermediate chemicals for further refining abroad. This key developing relationship is an important aspect to watch in regards to the future of the cobalt industry.

In spite of the increased demand and concerns about ethically questionable production sources, 2010 has been a fairly stable year in terms of cobalt prices, opening at $21 per pound in January and closing the year at $18 per pound in December. Prices peaked at about $23.6 per pound in February and dipped as low as $16.4 per pound in early December. One major development in the cobalt market is that futures contracts began trading on the London Metals Exchange in February of 2010, introducing regulated exchange pricing, transparency, risk management and clearing. As of December 24, 2010, the LME cobalt price was indicated at $38,000/40,500.

Roskill Consulting, an international group that researches mineral industry information, estimates 2011 demand in a most likely case to be 72,500 tons. This forecast accounts for the potentially dramatic growth in batteries for hybrid vehicles and new demand from emerging markets such as China and India. The trend for cobalt consumption remains positive with batteries set to overtake superalloys as the largest market for cobalt by 2011, according to Roskill. They forecast the percentage of cobalt usage in batteries to rise from 25 percent in 2009, to approximately 45 percent by 2018.