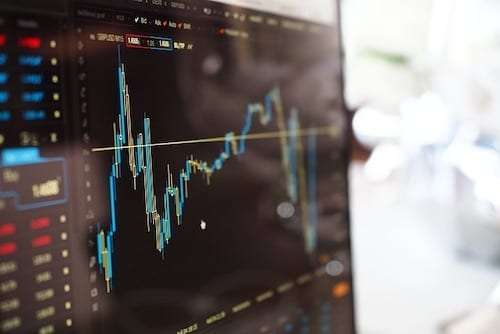 The Investing News Network recaps the major highlights in the marijuana market during Q3 2019, from the downturn in sentiment to scandals in the industry.

The marijuana stock market was rocked during Q3 2019 due to various bouts of volatility and a sharp decline in positive short-term sentiment for the industry.

As the nascent marijuana sector continues to go through growing pains, it also expanded its reach when it comes to product offerings and international operations.

A change in company management in the sector accompanied by a downturn in funds available for mid-tier marijuana firms caused a shift in the outlook for this market. But above all else, one of the biggest scandals in the Canadian market led to new doubts about the space.

Read on below to learn about the quarter’s biggest highlights, and click to see breakdowns of previous significant cannabis moves in Q1 and Q2 of this year.

Cannabis Q3 2019: Regulatory issues and a shift in management

An undeniable issue during Q3 was the CannTrust Holdings (NYSE:CTST,TSX:TRST) illegal growing scandal.

At the beginning of the quarter, Health Canada found one of the company’s facilities in Pelham, Ontario, to be “non-compliant” for growing cannabis in unlicensed rooms, sparking an investigation into CannTrust’s operations.

The shocking revelation was followed by the firing of former CannTrust CEO Peter Aceto and the forced resignation of former Chairman Eric Paul, who served as CEO before Aceto. This came after it was revealed they, along with other high-level executives, knew about the unlicensed rooms.

The share price of the Ontario-based producer has dropped almost 70 percent since the firm first notified investors of the investigation.

While CannTrust has easily been one of the most troubled players in the cannabis space this quarter, others have also had their share of hardships.

In July, the US Food and Drug Administration (FDA) issued a warning letter to Curaleaf Holdings (CSE:CURA,OTCQX:CURLF) for making “unsubstantiated” claims about the effects of cannabidiol (CBD) and for selling products that had not been approved by the regulatory body.

Curaleaf quickly discontinued the sale of unapproved products and took down webpages that claimed CBD is an effective treatment for illnesses such as anxiety and ADHD.

After the letter was sent, the FDA released a statement in which Ned Sharpless, acting FDA commissioner, said the agency is looking into ways to protect public health while also marketing cannabis products.

“Selling unapproved products with unsubstantiated therapeutic claims — such as claims that CBD products can treat serious diseases and conditions — can put patients and consumers at risk by leading them to put off important medical care,” Sharpless said.

Apart from big scandals, there was also a management change that shook up the industry.

Bruce Linton, co-founder and former CEO of cannabis heavyweight Canopy Growth (NYSE:CGC,TSX:WEED), was dismissed from his position as head of the company in July.

Linton was terminated after Canopy’s board of directors, driven by investment partner Constellation Brands (NYSE:STZ), were left unimpressed by less-than-stellar quarterly results.

“While we remain happy with our investment in the cannabis space and its long-term potential, we were not pleased with Canopy’s recent reported year-end results,” said Bill Newlands, CEO of alcohol maker Constellation Brands, at the time.

Linton said that once Canopy Growth received an investment of C$5 billion from Constellation Brands — Constellation has a 38 percent stake in the company — a conditional board adjustment was set.

After some time off, Linton is now back in the cannabis game as a special advisor to small CBD firm Better Choice Company (OTCQB:BTTR). He also has roles with Gage Cannabis and SLANG Worldwide (CSE:SLNG).

One of the biggest challenges facing American firms operating in the US cannabis market has been a lack of access to banking services at federal financial institutions due to the federal illegality of the drug.

“It’s a very strange scenario to be in when you’re in a fully fledged state legal industry that doesn’t have access to traditional banking,” Cresco Labs (CSE:CL,OTCQX:CRLBF) CEO Charlie Bachtell said in an interview with the Financial Post.

Cannabis is still listed as a Schedule I drug, which makes it illegal at the federal level, preventing federal institutions from engaging with companies that deal directly with the plant.

That’s where the Secure and Fair Enforcement (SAFE) Banking Act of 2019 comes in.

The bill was first introduced to the House of Representatives in March of this year and seeks to prohibit federal banking regulators from “penalizing a depository institution for providing banking services to a legitimate marijuana-related business.”

The bill quickly garnered bipartisan support as it moved through the House and a companion bill was introduced to the US Senate.

In September, the bill was approved in the House by a vote of 321 in favor and 103 against, representing the first cannabis-related legislation to pass through Congress.

However, the real challenge for the industry will now be getting the bill passed through the GOP-led Senate, according to experts.

At the industry level, cannabis experts are apprehensive about what the bill could mean for companies in the US if it manages to get past the Senate.

Nawan Butt, an associate portfolio manager at Purpose Investments, previously told the Investing News Network (INN) that the industry is cautiously optimistic as it watches the SAFE Banking Act’s journey.

“The industry is hanging onto the hope that this would make it a lot easier for a lot of these bigger plays to grow a lot quicker, capture market share and bring over the black market to legal channels,” said Butt.

“The format for beverages hasn’t become as consumer friendly in the THC world as it is in the alcohol space,” Smith told INN. “We think that’s going to change. We think ultimately consumers are going to be able to go into a consumption lounge and order a THC beverage.”

Dixie Brands has teamed up with AriZona to develop a line of AriZona-branded THC drinks. The firm says it has made a breakthrough in terms of solubility and time delivery for its drink additives.

When it comes to competing with alcohol, Zenabis Global (TSX:ZENA) has also strengthened its position in the Canadian cannabis-infused beverage arena by setting a partnership for the technology development of its planned drinks.

Zenabis CEO Andrew Grieve noted that cannabis-infused drinks could shake up the recreational beverage market — a space alcohol has long held dominion over.

“I believe that, if you have a beverage technology with a known onset and offset and limited calories and the flavor profile that people want, people will choose a cannabis infused-beverage for their recreational experience over an alcoholic beverage,” Grieve told INN.

Other players that joined the beverage space this quarter include well-known drink maker Jones Soda (OTCQB:JSDA), which is launching a branded line of CBD-infused drinks in the US with the help of an investment from HeavenlyRX, a CBD wellness company that is planning to go public.

There is also The Alkaline Water Company (NASDAQ:WTER,TSXV:WTER), which announced a merger with bottled water firm AQUAhydrate. It plans to expand the portfolios of both companies with lines of CBD-infused drinks and ingestible products.

Industry experts have expressed excitement about the growing cannabis drink market. In a previous interview with INN, Elliot Johnson, chief investment officer and chief operating officer with Evolve ETFs, said the market could see investment moves from big alcohol and beverage companies as winners emerge from the space.

According to Johnson, cannabis drink makers with early leads in the market could end up being acquisition targets moving forward.

With Q3 now over, the cannabis industry is still reeling from a summer slump that has been marked by scandal and investor pullback.

The marijuana sector could still rally, however. Johnson previously told INN that Q3 brought a “good growing up summer” for the industry, and opportunities will continue to spring up.

The portfolio manager for two marijuana funds from Evolve also said it is only a matter of time before the US follows Canada with its own cannabis legalization.

Investors could see a “significant repricing” of cannabis companies in the US, Johnson said, as the market readjusts to a growing American presence in the marijuana business.

One response to “Cannabis Market Update: Q3 2019 in Review”