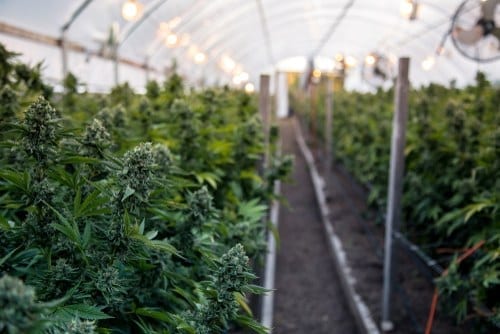 CannTrust’s reputation took a hit after it was revealed it has been growing cannabis plants in unlicensed rooms.

The cannabis industry was shaken last week when news about CannTrust Holding’s (NYSE:CTST,TSX:TRST) alleged violation of cannabis policies came out.

The Vaughn, Ontario-based cannabis company has been a player in the market since 2015, focusing heavily on its cannabis research, and has released cannabis studies on conditions like Alzheimer’s disease, gastrointestinal disorders and cancer.

The company’s reputation, however, took a hit after it was revealed on July 8 that CannTrust was growing cannabis plants in five unlicensed rooms in its Pelham, Ontario, facility from October 2018 until March 2019. The five rooms were later licensed in April, according to an article from the Globe and Mail.

Last week, the company announced that Health Canada had issued a non-compliance order, placing a hold on approximately 5,200 kg of dried cannabis products that was cultivated in the unlicensed rooms. CannTrust also said it would be putting a voluntary hold on 7,500 kg of product to prevent the sale and shipment of cannabis products while Health Canada reviews its manufacturing facility in Vaughn, Ontario.

“Health Canada is conducting quality checks of product samples on hold at Pelham, with results expected in 10 to 12 business days,” CannTrust said in the press release. The release went on to say that, due to the hold, some CannTrust customers and patients will experience “temporary product shortages,” meaning a number of the 72,000 patients the company has may be left out in the cold. The company is looking into ways to mitigate the effects of the audit.

In the wake of the investigation, the Ontario Cannabis Store decided to pull CannTrust products from its online store and its physical outlets.

Alberta also put some of the CannTrust products in its supply on hold. The company’s Danish pharmaceutical partner, Stenocare, said that it has quarantined all medical pot products that were cultivated in CannTrust’s facilities until both Health Canada and the Danish Medicines Agency have sorted out the issue.

A former CannTrust employee, Nick Lalonde, came forward in an email written to Health Canada recounting the company’s alleged regulation violations. Lalonde, who served as the head of disposal operations at the Pelham location, sent an email on June 14 to the Ottawa-based agency. In it, he accused CannTrust of taking “extensive measures,” such as hanging white poly walls, to hide cannabis plants from Health Canada, according to an article in the Financial Post.

In an interview with the Post, Lalonde said, “If I wouldn’t have sent that email, CannTrust would’ve still been going along, day-to-day, like nothing happened.” Lalonde added that he, alongside other employees, were allegedly tasked with hanging the false walls by a greenhouse operations manager so that rooms in the Pelham facility would appear empty in photos the company submitted to Health Canada as a part of routine licensing protocol.

CannTrust’s share prices have taken a dive in the midst of the allegations. Company shares were at C$6.46 on July 5 and by end-of-day on Friday last week, prices were at C$3.34, representing a decrease of almost half its value — 48.3 percent.

The news has caused some analysts to turn away from the company. Greg McLeish, director of equity research at Mackie Research Capital, announced in a note to clients that Mackie would no longer be covering CannTrust, saying that the cannabis producer had “lost credibility” in the wake of the investigation. “We believe that Health Canada must make an example of CannTrust following its failed Health Canada audit. If Health Canada does not come down hard on the company it will set a bad precedent for the other ‘law abiding’ industry participants,” McLeish wrote.

Analyst consensus on TipRanks has marked CannTrust as a hold. The average price target for CannTrust shares sit at C$8.50 with C$15 and C$4 the estimates on the high and low ends, respectively.

Sherry Boodram, a former Health Canada inspector and current CEO of CannDelta, told BNN Bloomberg that CannTrust had been non-compliant in the past. One such warning was documented in their quarterly compliance and enforcement report for 2017-2018. Health Canada had issued a warning to CannTrust for “the production process for cannabis oil (that) was changed without submitting a licence amendment application,” the report reads.

Boodram added that CannTrust may be looking at “warning letters, license suspension, recall letters or destruction,” depending on the results of the investigation.

The company said that Health Canada is allowing it to continue its licensed operations at the Pelham and Vaughn facilities during the probe, which is expected to end on Thursday (July 17).

CannTrust has also been allowed to continue selling products that exist outside of the freeze on its sales.