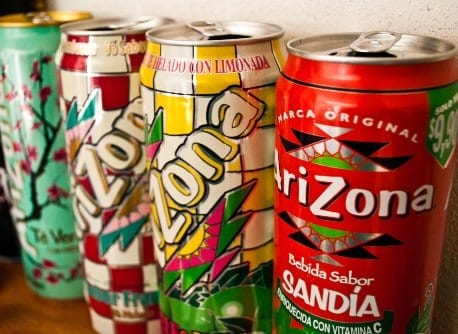 Dixie will take on the role of developing, formulating and distributing the new AriZona-branded line of THC drinks.

AriZona’s subsidiary Herbal Enterprises will direct brand and concept design. Dixie will take on the role of developing, formulating and distributing the new AriZona-branded line of THC drinks.

Don Vultaggio, chairman of AriZona, said in a press release that the cannabis market is an “important emerging category” and that his company has “maintained (its) independence as a private business to be positioned to lead and seize generation-defining opportunities exactly like this one.”

The initial partnership will last three years with an option to renew for up to two additional terms of two years each. The deal also gives AriZona the ability to invest up to US$10 million into Dixie in subordinate voting shares at a cost of US$0.59 over two years.

In the press release, Dixie CEO Chuck Smith said that the move will make AriZona one of the most recognized brands to move into the cannabis market.

“This partnership marks a watershed moment for the popularization and expansion of the cannabis sector overall, and is another large step forward for Dixie Brands’ strategy to build a house of famous cannabis CPG brands,” Smith added.

The company has been making strides in beverage technology research to improve its ability to create cannabis-based drinks. Last month, Dixie announced a breakthrough in the solubility and uptake for its upcoming cannabis FUSE drink lineup.

In a previous interview with the Investing News Network (INN), Smith said companies are looking for a way to standardize delivery time for cannabis-based edibles and beverages to build trust with customers.

“In the beverage space, if you drink alcohol you know what happens when you have a couple of glasses of wine … and we want to be able to mimic that experience as close as possible,” Smith told INN.

Dixie has established itself in the cannabis space in the US with a variety of products, which cover everything from THC-infused mints to topical cooling balms. The company also already offers its brand of Elixir beverages in Colorado, California, Nevada and Maryland.

Dixie’s Q1 2019 results point to US$2.2 million in revenue, up 137 percent from US$937,000 in Q1 2018. The Q1 2019 report attributes the growth to a strong sales presence in California and Maryland, stating that the company’s recent moves into new markets, including Michigan, will lead to even more growth in the coming quarters.