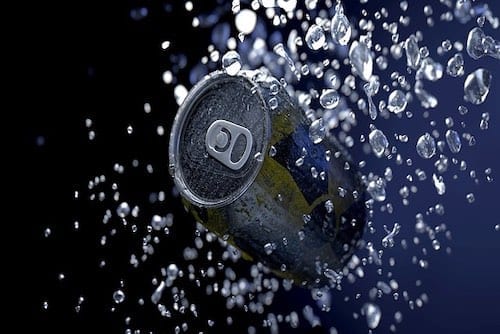 Dixie Brands is preparing for a projected rush in the cannabis-infused beverage market with a new water-soluble additive containing THC.

As the race for marijuana infused beverages heats up, one company in the US shared a confident vision in its latest technology upgrade.

This new line of products will be water soluble drink additives containing THC, with several units and product types. This additive will behave the same as other currently sold non-cannabis flavor additives.

Chuck Smith, CEO of Dixie, told the Investing News Network (INN) that cannabis companies are all targeting a standardized delivery period with the edibles and infused products as a way to make consumers more comfortable with the items.

Experts of the beverage space agree that on-take and off-take time from the moment a consumer drinks a cannabis infused beverage will be critical in determining successful brands.

“In the beverage space, if you drink alcohol you know what happens when you have a couple of glasses of wine … and we want to be able to mimic that experience as close as possible,” Smith said.

“In this case we’ll have flavoured THC as well as non-flavored THC drink additives. If somebody has tea or coffee or … orange juice and they want to put some THC in it, they’ll be able to do that,” Smith told INN.

Despite the large interest for these drinks from cannabis companies and even some established beverage makers, critics point to low sales figures from thriving US markets, indicating that infused drinks will not attract consumers as much as predicted.

Smith told INN he views these numbers as having been affected by the fractured state of the US cannabis market due to the federal illegality of the drug.

“The format for beverages hasn’t become as consumer friendly in the THC world as it is in the alcohol space,” said Smith. “We think that’s going to change. We think ultimately consumers are going to be able to go into a consumption lounge and order a THC beverage.”

Smith has high aspirations for his company’s drink additive and its ability to aid the social consumption challenges for all cannabis drinks. Dixie’s line of FUSE products is set to launch in Q4 this year.

When asked about the overall significance for cannabis infused drinks, Smith admitted while it’s an important product category it’s not the biggest one.

“The sociability and the social use of cannabis infused beverages will increase, but right now they are very restrictive,” he said.

The FUSE line of products doesn’t represent the first foray for the company or its brand portfolio exploring the beverage market. In May, the company announced its subsidiary Aceso Hemp launched Fizz Tabs, a dissolvable hemp-derived CBD infused tablet for the health and wellness space.

While Dixie has a focus on the US, its portfolio of brands will still gain a presence in the Canadian cannabis market thanks to a partnership with Auxly Cannabis Group (TSXV:XLY,OTCQX:CBWTF).

In May 2018, Auxly gained the exclusive license to Dixie’s lineup of cannabis-infused products.

Smith confirmed to INN that, while it’s too early to determine which exact products will be available on day one, the company wants all products and brands it owns to be sold in every market possible.

The Canadian federal government will legalize edibles and infused cannabis products to consumers on October 17. However, Health Canada, the federal agency tasked with overseeing the regulations of the industry, projects sales won’t actually begin until sometime around mid-December.

Shortly after the draft regulations on Canadian edibles became available, Dixie confirmed to investors last December it anticipates to launch a full plethora of THC and CBD items as part of its relationship with Auxly.

In June, a projection from industry research company Deloitte pegged the cannabis edibles and infused market at a value of C$2.7 billion in Canada per year. From that, edibles alone will represent C$1.6 billion a year. Cannabis infused beverages will be worth C$529 million per year, according to the research.

Dixie started trading in Canada last year, at the height of US-based companies listing on the Canadian Securities Exchange. So far this year, shares of the company have increased in value 21.57 percent on the back of continuous expansion in the US market.

As part of its most recent quarterly financial update to investors, the company reported a net loss of US$6.7 million for its Q1 2019. However, revenues for the firm rose 40 percent from the previous quarter to US$2.3 million. At the end of March the company held just over US$5 million in cash.