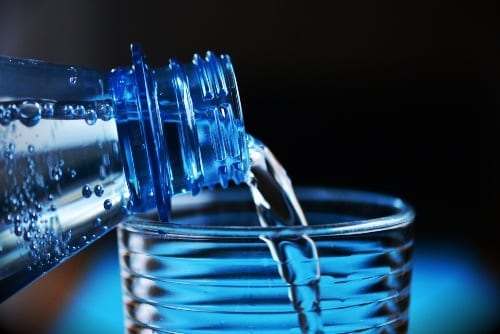 As a part of the merger, Alkaline plans on expanding product portfolios for both companies across the US using a variety of CBD-infused ingestibles to capitalize on the growing market.

Two bottled water companies are teaming up ahead of the launch of a suite of CBD-infused (cannabidiol) products.

On Monday (September 9), The Alkaline Water Company (NASDAQ:WTER,TSXV:WTER) announced it signed a merger agreement with AQUAhydrate, a California-based premium bottled water firm, in an all-stock transaction.

As a part of the merger, Alkaline plans on expanding product portfolios for both companies across the US using a variety of CBD-infused ingestibles to capitalize on the growing market.

Company CEO Richard Wright spoke with the Investing News Network (INN) about the upcoming lines and the company’s plans for national expansion.

“We got approached over two years ago by one of the largest retailers in the world and asked if we would be interested in developing a (CBD) line,” said Wright. “We think (CBD) fits a lifestyle brand, like Alkaline88 and AQUAhydrate.”

Wright didn’t go into detail about the retailer, but did mention that one of the products in the pipeline is Soothe, Alkaline’s upcoming line of flavored CBD water.

Products will include hemp-derived CBD-infused beverage shots for energy, workout recovery, relaxation and sleep, with product differentiation between both brands, said Wright. The Arizona-based bottled water firm said combined revenues are expected to hit US$65 million on a pro forma basis in the fiscal 2020 year.

“We pick niches where we think that the rest of the world is going to be promoting,” Wright said.

CBD’s burgeoning market is big business in the US. A report from cannabis researchers BDS Analytics and Arcview Market Research projects sales of CBD will surpass US$20 billion in the US by 2024, adding there is substantial interest in ingestibles, including beverages.

Alkaline joins the likes of Zenabis Global (TSX:ZENA), Dixie Brands (CSE:DIXI.U,OTCQX:DXBRF) and Jones Soda (OTCQB:JSDA), all of which have entered the CBD beverage arena in the past few months.

In his estimation, the new CBD water lines will have “unbelievable” sales, garnering the same level of attention as the company’s flagship water, Alkaline88.

“On a combined basis, we’re going to be approaching US$100 million (in sales) certainly in three years, but maybe as early as 18 months,” the executive said.

The deal also brings with it some of AQUAhydrate’s celebrity endorsements, including record executive Sean “Diddy” Combs, fitness trainer Jillian Michaels and actor Mark Wahlberg. The high-profile investors will support lines from both companies, Wright said, and bring with them connections with other companies and fully established social media networks. With the added celebrity clout, the water firms are looking at a total of 74 million followers across Facebook (NASDAQ:FB), Twitter (NYSE:TWTR) and Instagram when combined with their own followings.

Alkaline’s work with CBD was further cemented in August when it partnered with Centuria Foods, a CBD oil company, to expand its CBD-infused ingestible portfolio to include CBD shots, powder packs and tinctures. Wright mentioned Alkaline’s products use a full-spectrum CBD extract, as opposed to isolate — the former of which has been found to be more effective in treating pain.

Wright noted Alkaline uses traditional channels of distribution and currently has products in 13 to 15 thousand “mom-and-pop” convenience stores, as well as larger retailers such as Walmart (NYSE:WMT), CVS (NYSE:CVS) and Kroger (NYSE:KR). The new CBD-infused lines will get the same treatment, he said.

The brands will use their retail distribution network to target different consumer bases, with Alkaline88 marketed toward families and AQUAhydrate directed at athletes and lifestyle consumers, the company said in a statement.

There are no plans to use THC in future products, Wright told INN, and the company will not be branching into alcoholic beverages. He hopes, though, consumers will begin to move away from alcohol and choose Alkaline-branded CBD drinks.