Global gold mine production has increased by 3 percent over the third quarter of this year. This top 10 list of gold mining companies showcases the global rise in gold. 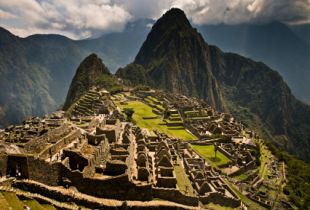 Global gold mine production increased by 3 percent over the third quarter of this year to approximately 659 tonnes, as a number of new operations either came online or increased production. Increased Australian production contributed to the majority of the output growth, although Mexico and Argentina also exhibited positive production on an annualized basis. Offsetting the impact of these developments was a decline in production in Indonesia, Russia and Peru.  The decline in production in Indonesia should not be a point of concern for investors as its production totals in 2009 had increased almost 66 percent last year, the largest one year production increase of any country in the world.  Last year the only other top 10 gold producing country in the world to demonstrate double digit growth in annual production was Ghana, with a 13 percent increase.

Barrick Gold Corp. (TSX: ABX), the world’s largest pure gold miner, operates 26 gold mines, in addition to projects in the pipeline across Australia, North America, South America and Africa. According to a report issued by the company last year, it established 139.8 million ounces of proven, probable gold reserves, amongst the largest amount of un-hedged reserves in the industry. Barrick Gold has an optimistic goal of reaching 7.6 to 8.0 million ounces of gold produced during the current fiscal year, at a total cash cost of $425 to $455 per ounce. Barrick’s objective is, “to be the world’s best gold company by finding, acquiring, developing and producing quality reserves in a safe, profitable and socially responsible manner.”

Newmont Mining Corporation (TSX:NMC) (NYSE:NEM) has operations around the globe, within eight countries in five continents—including North America, South America, Australia, Asia and Africa. Newmont’s most significant assets or operations are found in: the United States, Australia, Peru, Indonesia, Ghana, Canada, New Zealand and Mexico. At the end of last year, Newmont had proven and probable gold reserves of 91.8 million equity ounces and an aggregate land position of roughly 39,000 square miles.  Newmont’s 2008 acquisition of a large undeveloped Greenfield in North America, Hope Bay, could be followed by exploration projects into Peru and Ghana. Newmont has been focused on Australian production at Boddington, in addition to a recent private placement with Eurasian Minerals Inc. (TSXV:EMX)  providing additional exploration exposure to projects in Turkey, Eastern Europe, the Kyrgyz Republic, Haiti, United States, and Austral-East Asia. Newmount is the first gold company to be a part of the S&P 500 Index and Fortune 500 and endeavors to develop technological solutions for mining that improve the overall mining process. In 2007, the company became the first gold company to be selected as part of the Dow Jones Sustainability World Index.

AngloGold Ashanti (NYSE:AU) is a South Africa based top producing gold mining company with a total of 21 operations across four continents and ten countries—including the U.S., Tanzania, South Africa, Namibia, Mali, Guinea, Ghana, Brazil, Australia and Argentina. The company continues to support in-depth exploration activities as well in an attempt to identify new resource ounces of gold. Last year, AngloGold spent a total of $199.9 million for its exploration programs.  At the end of 2009, the amount of both proved and probable ore reserves totalled 71.4 million ounces. AngloGold’s vision is to become the leading global gold mining company, while respecting natural environments, valuing its people and their safety and minimizing costs and maximizing profits for shareholders.

Gold Fields Limited (NYSE:GFI) is a producer of gold and holder of gold reserves in South Africa, Ghana, Australia and Peru. The majority of Gold Fields’ operations, based on gold production, are located in South Africa with operations in Driefontein, Kloof, Beatrix and South Deep. In Peru, Gold Fields is primarily involved in underground and surface gold and copper mining and related activities, including exploration, extraction, processing and smelting. Gold Fields also has an interest in a platinum group metal exploration project. The company reported 78 million ounces of gold equivalent reserves and enjoys a prominent position in the top 10 gold producing mining companies list with total mineral resources estimated of 281 million ounces.

Kinross (TSX:K) is based in Canada with eight operations in Brazil, Chile, Ecuador, Russia and the U.S. According to the annual report, “Fuelled by new output from Kupol, Kettle River-Buckhorn, and Paracatu, we recorded our highest production ever – 2.24 million attributable gold equivalent ounces, a 22 percent increase over 2008. We generated record revenues of $2.4 billion, up 49 percent over 2008. Our adjusted operating cash flow rose by 48 percent to $937 million. Adjusted operating cash flow per share reached $1.36, substantially above the previous record of $1.01 per share in 2008. Margins increased by 22 percent to $530 per ounce.” Last year Kinross reported a gold reserve base of approximately 46 million ounces and the company is committed to safety for its workers, as well as environmental awareness surrounding its operations.

Goldcorp Inc. (TSX:G), hosts operations located throughout North America, Central America and South America. According to last year’s annual report, the company “continues to be the growth leader among senior gold producers with a forecast production increase of 57 percent over the next five years.” Chuck Jeannes, President and Chief Executive Officer said, “We experienced another record-breaking year in 2009, increasing gold production to 2.42 million ounces on the strength of organic growth at most of our mines. We also achieved record cash margins due not only to a higher average realized gold price of $978 per ounce, but also to total cash costs that declined to $295 per ounce for the year from $305 in 2008. Cash flow from operations before changes in working capital totaled nearly $1.2 billion in 2009 while adjusted net earnings were $588.2 million in 2009 compared to $397.0 million in 2008.”  Goldcorp saw rapid growth from a solid intermediate player in the gold mining industry, to one of the dominant senior gold producers in the world. Goldcorp’s objective is to be a low cost gold producer around the globe, with minimal environmental impact.

Yamana Gold (TSX:YRI) is a Canadian based gold producer with significant gold production, gold development stage properties, exploration properties, and land positions in Brazil, Argentina, Chile, Mexico and Colombia.  The company has an estimated 19.4million ounces of  reserves with 46.4 million ounces of total mineral resource estimates.  Earlier this month the company reported strong third quarter earnings with increased revenue growth of 36 percent to $454.0 million and 45 percent appreciation to $1.2 billion, respectively for the quarter and year to date.

Agnico-Eagle Mines (TSX:AEM) is a gold producer with mining operations in northwestern Quebec, northern Mexico, northern Finland and Nunavut.  Exploration activities and operations are located in Canada, Europe, Latin America and the United States. The company aims to grow gold mineral reserves to between 20 million and 21 million ounces by the end of the current year through aggressive exploration of properties in Canada (Ontario, Quebec, the Yukon and Nunavut), the United States (Nevada), Finland and Mexico (Chihuahua).

Polyus Gold (MCX:PLZL) is a Moscow based Open Joint Stock Company (OJSC) as the leading gold producer in Russia and Kazakhstan operating mines and  development/exploration projects located in 5 major gold mining regions of Russia – the Krasnoyarsk Territory, the Irkutsk, Magadan, Amur regions, the Republic of Sakha (Yakutia), as well as in the Republic of Kazakhstan, Romania and Kyrgyzstan.  In 2009, Polyus Gold production in Russia totalled 1.3 million ounces.  The company’s provable and probable reserves (JORC) are reported to be 74.1 million ounces, based on an Independent Expert’s Report made by Micon International.