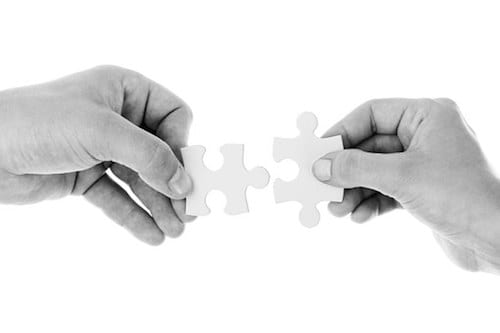 The US$10-billion Newmont-Goldcorp transaction has market watchers wondering if more gold M&A are in store this year.

The transaction, along with the massive US$18.3-billion Barrick Gold (TSX:ABX,NYSE:ABX) and Randgold Resources (LSE:RRS) merger announced last September, is being seen as seen as a catalyst for capital and for increased investor interest in the gold space.

“Newmont’s acquisition of Goldcorp is a very good thing for the gold sector for a couple of reasons. First, an acquisition of this magnitude brings much-needed media attention to a sector which hasn’t had many headlines over the course of the last two years,” Brian Leni, founder of Junior Stock Review, told the Investing News Network (INN) via email after the news.

“Secondly, I can’t help but think that this deal was inspired by the Barrick-Rangold merger just a few months ago, and that’s a really good thing,” he added.

Many other analysts and industry insiders also believe that more gold miners will feel the pressure or desire to follow the M&A route in the wake of these mega deals.

“There are potential benefits to consolidation and gold miners that can generate returns above cost of capital will likely be rewarded over time,” Jefferies (NYSE:JEF) analyst Chris LaFemina told Reuters.

Leni explained to INN that most mergers take place when a large producer purchases a mid- to low-tier company, but the last two mergers have involved industry titans.

“I’m sure [these mergers] will spur more deals in the upcoming months as other companies try to keep pace with the now two gold sector behemoths,” said Leni.

It is this sentiment that has market watchers taking bets on which companies will be the next ones to come together in order to create a giant in the gold sector.

In terms of which miner may be next, there are currently four major names on analysts’ tongues: AngloGold Ashanti (JSE:ANG), B2Gold (TSX:BTO,NYSEAMERICAN:BTG), Kinross Gold (TSX:K,NYSE:KGC) and Newcrest Mining (ASX:NCM).

“If you do a list of who has high-cost assets, those are the guys who have to make deals,” a person close to the Newmont-Goldcorp deal told Reuters.

Additionally, insiders say to continue to keep an eye on Barrick as it may not be done making deals.

CEO Mark Bristow has been candid about the company’s deal with Randgold being just the beginning of an industry shakeup, and has said the company is not “going to be sitting on our hands should there be other opportunities.”

As for Leni, he welcomes the change, telling INN, “mix an M&A rush with a strong gold price and 2019 could be a very interesting year for gold investors.”

Is more M&A activity in store for 2019? Tell us your thoughts by taking our poll: