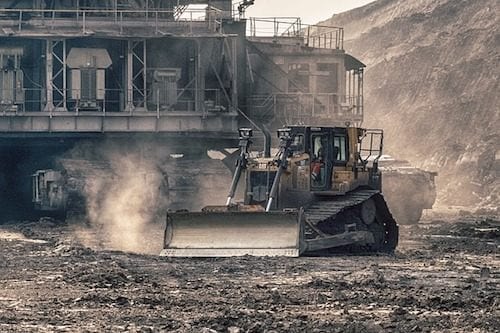 Industry insiders theorize that the merger could act as a catalyst for additional mining deals and get investors excited about the yellow metal again.

Following Monday’s (September 24) Barrick Gold (TSX:ABX,NYSE:ABX) and Randgold Resources (LSE:RRS) US$18.3-billion merger, many market watchers have been optimistic that the deal will be a bullish event for gold and will act as positive reinforcement for the sector as a whole.

The transaction has caused a plethora of industry insiders to theorize that the merger could act as a catalyst for additional mining deals while creating reasons for investors to get excited about the yellow metal again.

“For the gold industry as a whole I think it is a shot in the arm that the industry needs. It’s showing that M&A [merger and acquisition] activity can happen and it can happen in a way where you can have a shakeup of an old-style, massive company like Barrick Gold,” Charles Cooper, head of mine economics at Metals Focus, told the Investing News Network.

“[Mark Bristow’s] style of leadership is about keeping a company lean and mean. Reducing costs, making sure that they’re much more competitive and ultimately he wants to return shareholder value,” he added.

According to Bloomberg, investors have been unimpressed and left wanting while mining companies struggle to strike a balance between protecting shareholder value and adding assets that could boost their output.

However, if the rally in both Barrick and Randgold shares following the merger announcement prove anything, it is that improved production prospects may be enough to keep them happy for the time being.

Commenting on the massive merger, Michael Siperco, an analyst at Macquarie Capital Markets, believes that the transaction will spur other gold deals, stating, “[t]he market may see a wave of consolidation we’ve waited for or at least cause the market to revisit the thesis.”

Meanwhile, David Garofalo, president and CEO at Goldcorp (TSX:G,NYSE:GG), said at the Denver Gold Forum that he sees this deal as a way to reverse the downward trajectory in reserves that the sector has been experiencing.

“Putting together companies of this scale, creating that critical mass [will hopefully] start to attract generalist investors back and attract fresh capital,” Garofalo noted.

As per Bloomberg’s intelligence data on 15 big gold producers, the yellow metal’s combined reserves still buried in mines, which is an indicator of production prospects, shrank by almost half from its peak in 2012 to 11.3 million ounces in 2017.

These declines highlight the urgency for mining companies to add projects to boost their production outlook and revive fading investor interest in the sector.

However, evidence from the deal currently being the talk of the town at the Denver Gold Forum in Colorado Springs, proves that the companies coming together has clearly lit a spark within investors.

Many of those who can’t stop talking about the merger are excited by the fact that the new deal could be the perfect jolt to a sector that has lost a lot of its shine.

Investors are also hopeful that the merger is a sign of things to come in terms of consolidation across gold companies.