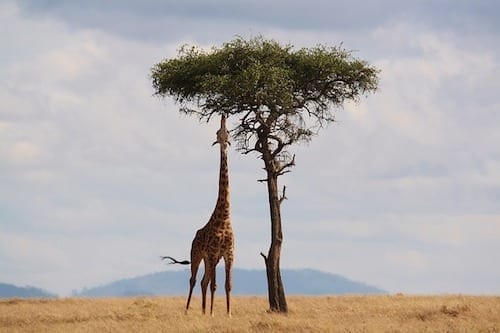 Gold in Africa is attracting attention. Here’s a look at companies that are currently mining gold in Ghana, Mali and Burkina Faso.

When it comes to mining gold in Africa, the western side of the continent is a hotspot. It’s home to many explorers, as well as a slew of major companies focused on extracting the metal.

Ghana, Mali and Burkina Faso are three of West Africa’s most active gold-mining countries. These nations are all major gold producers, and for investors interested in gold in Africa, they are important areas to keep a close eye on.

Read on to learn more about these three countries and which gold-producing companies are currently operating within them.

Ghana is one of the best places to look for gold in Africa. It is one of the continent’s top gold-producing countries and supports several large gold companies, as well as a large number of artisanal miners. Artisanal mining is highly sensitive to the gold price, and the government of Ghana is making an effort to eliminate this industry.

In 2018, the country produced 180 tonnes and the region hosts more estimated reserves than key gold-producing countries like Peru and Papua New Guinea.

Ghana is classified as a lower- to middle-income economy that is well endowed with natural resources. The country has seen strong economic growth recently — its GDP grew 6.3 percent in 2018. Aside from the yellow metal, the country also exports resources such as cocoa, oil, timber, electricity, diamonds, bauxite and manganese; they are all major sources of foreign revenue.

Ghana’s Minerals and Mining Act came into effect in 2006 and underwent improvements in 2014 to address an ongoing problem in the country’s mining industry: illegal gold mining. The Ghanaian government has had trouble with illegal small-scale gold mining, and those issues have put pressure on its relationship with China and caused trouble for its cocoa industry. The laws have been updated to criminalize illegal mining operations pursued by both Ghanaian citizens as well as foreigners.

For quite some time, Ghana has been the underdog to South Africa on the continent, despite being home to the prolific Ashanti belt, which has been mined for centuries.

The country is home to 23 mines, with a large portion of those being gold mines, which are operated by well-known companies both big and small: Newmont Goldcorp’s (TSX:NGT,NYSE:NEM) Akyem and Ahafo mines, Kinross Gold’s (TSX:K,NYSE:KGC) Chirano mine and AngloGold Ashanti’s (ASX:AGG,NYSE:AU) Obuasi mine, for which the company has committed to spending half a billion dollars on bringing it back to production.

Samuel Coetzer, former CEO of Golden Star Resources (TSX:GSC,OTCQB:GLNS), told the Investing News Network (INN) that both Ghana’s exploration track record and the understanding of its geology is quickly improving. “There’s no surprise for me that it would have yielded a lot of gold and that it will continue to do so,” he added.

Large miners in the country have been producing impressive amounts of gold. Current big gold producers in Ghana with a market cap of US$200 million or more include Asanko Gold (TSX:AKG,NYSE:AKG) and AngloGold Ashanti. The former brought its Asanko gold mine into commercial production in April 2016. The latter wholly owns two gold operations in Ghana: Iduapriem and Obuasi. Iduapriem produced 228,000 ounces of gold in 2017, while Obuasi produced none as it is currently on care and maintenance.

The country’s largest mine, Tarkwa, is operated by Gold Fields (NYSE:GFI). Tarkwa, along with Damang, another of the company’s West African mines, produced 254,000 ounces of gold in 2018, the mine’s highest production since its acquisition in 2004.

Newmont Goldcorp, with its gold-producing Ahafo and Akyem mines, was ranked 328 out of 500 on Fortune’s list of most-admired companies in January 2018.

Endeavor Mining (TSX:EDV) used to mine gold in Ghana, but in 2017 privately owned BCM International bought the company’s Nzema mine in Ghana for US$65 million. The deal closed in December of that year. Nzema is located on the south end of the Ashanti Gold Belt and produced 87,710 ounces of gold in 2016, down 20 percent from the year before. There was no gold production from this mine last year.

Perseus Mining (TSX:PRU,ASX:PRU,OTC Pink:PMNXF) began commercial production at its Edikan gold mine in January 2012. Average gold production is estimated at 214,000 ounces per year over the remainder of its life, which is set to end in 2024.

Major miner Kinross Gold holds a 90 percent interest in the Chirano gold mine in Ghana, while the government of Ghana owns the remaining 10 percent. The mine re-commenced open pit mining in late Q1 2019 after suspending it in Q3 2017. However, the mine’s underground operations still produced 226,699 gold equivalent ounces last year.

Golden Star Resources has a stake in the Wassa mine through a 90 percent held subsidiary. Wassa has mineral reserves of 1.32 million ounces at an average grade of 2.37 grams per tonne gold. The company also holds the Prestea mine, which has operated for over 100 years and produced 149,697 ounces of gold in 2018.

Gold production in Mali came to 61.2 metric tons (MT) in 2018, up from 49.6 MT in 2017. This made the country Africa’s third-largest gold producer after South Africa and Ghana. This is in part due to the efforts of artisanal miners; like Ghana, Mali is home to many artisanal miners, and the country’s government estimates that these miners produced over 50 MT in 2018.

The largely unregulated sector is plagued by fatal accidents, smuggling, child labor and environmental damage. The government of Mali announced plans in 2014 to supervise operations and give miners easier access to financing, but progress has been slow.

Despite Mali’s widespread artisanal mining practises, it is also home to many large gold-mining companies. Those include IAMGOLD (TSX:IMG,NYSE:IAG) and AngloGold Ashanti, which operate the Sadiola and Yatela mines together through joint ventures.

AngloGold Ashanti also operates the Morila mine in a joint venture between itself, Barrick Gold (TSX:ABX,NYSE:GOLD) and the Mali government.

Agriculture and mining are the largest and most impactful industries in Burkina Faso. For that reason, the government is focused on making infrastructure improvements — major roads are being paved, while others are being formally created in order to make further development possible. Annual production for 2018 came in at 59.3 tonnes, and the country boasts increasingly significant mining potential.

Endeavour Mining acquired the Karma mine in Burkina Faso in 2016 and announced first gold production in April of that year. Karma is a low-cost operation with six identified gold deposits, and it has a shallow open pit with a low strip ratio and no blasting required. During the second quarter of 2019, the mine produced 21,000 ounces of gold. Endeavour also owns the Hounde mine in Burkina Faso, which is expected to average between 230,000 ounces and 250,000 ounces of gold this year.

IAMGOLD operates in Burkina Faso as well. It gained control of its Essakane gold mine after its 2009 acquisition of Orezone Resources, and Essakane began commercial production in July 2010. A revised life-of-mine plan, completed in December 2015, demonstrates a mine life of 8.2 years. The mine is expected to produce between 380,000 ounces to 390,000 ounces of the yellow metal in 2019.

Another gold producer in Burkina Faso is SEMAFO (TSX:SMF,OTC Pink:SEMFF), which operates the Mana mine, the third-largest mine in the country. Mana has produced some 1.6 million ounces since its first gold pour in 2008. Annual production at Mana is expected to reach between 130,000 ounces and 140,000 ounces of gold this year.

Finally, a relatively new entrant to the space in Burkina Faso is Roxgold (TSX:ROXG,OTCQX:ROGFF), which declared commercial production at its Yaramoko gold mine in the country in October 2016. As of the end of 2018, Yaramoko has proven and probable mineral reserves of 2.4 million tonnes, grading 8.24 grams of gold per tonne for a total of 658,000 ounces of gold.

Gold in Africa: How to invest in gold stocks

With global gold production on the rise, now may be the best time to invest in a gold stock, which is one of the most popular ways to invest in the output from Africa.

There are two main types of gold stocks — those of large cap companies and those of junior miners.

Large cap gold companies are known for the lower level of risk that comes with investing in them. While some companies have an easier time multiplying share price than others, investors are not likely to experience stock that rises 10 times in value (also known as a 10 bagger).

Despite the stocks not being able to rocket in price, investing in a large cap company also protects market participants from large swings within the market. If there are no bolstered gains, there are no extreme losses either. Large miners are generally easy to value as they sell at large-cap valuations.

On the other hand, investing in junior mining stocks can be tricky, and it is often challenging for investors to pick out winners within the stock market.

If a junior makes a big discovery, very few of them have the mining operations necessary to develop a property; for many, the goal is to hit upon a deposit that’s attractive enough to catch the attention of a major producer that will buy it from them at a profit.

Even though the odds of success are low, many investors are attracted to junior mining stocks. As resource specialist Peter Krauth of Money Morning writes, “All it takes is just one 10 bagger to make up for all the dogs in the pound.”

When investing in gold stocks, it is important to understand that they have a direct relation to gold production. If an investor has purchased a share from a company that is experiencing a high level of production, they can get more for their return based on those production rates.

However, the downside to this relationship can be seen if an investor has purchased shares from a company that is experiencing low levels of production or if extraction of the yellow metal has cost the company a significant amount of money. Production can also be negatively pressured by harsh environmental issues where the mines reside, shutdowns due to care and maintenance and even mine strikes from local workers.

When looking at gold stocks from the lens of how they can be affected by gold production, it appears they are an investment with more risk for more reward.

Want and overview of investing in gold? Check An Overview of Gold Stocks and Price.

19 responses to “Mining Gold in Africa: A Look at Ghana, Mali and Burkina Faso”