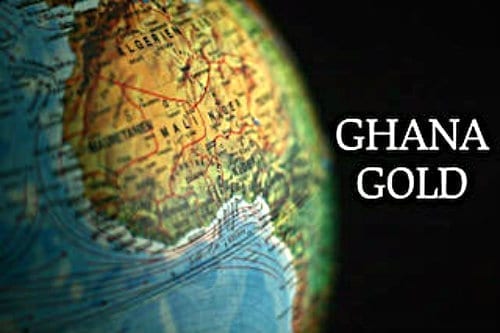 Those factors make gold mining in Ghana a pursuit with great potential. In fact, Southern Ghana has been considered one of the world’s most prolific regions for gold discoveries for some time, with both gold producers and explorers enjoying success there.

As mentioned, Ghana also stacks up in terms of production — in 2018, it produced 180 tonnes of the precious metal. Read on to learn more about Ghana gold mining, from the economic and political landscape to some of the companies that operate there.

Ghana is classified as a lower- to middle-income economy that is well endowed with natural resources. The country has seen strong economic growth recently — its GDP grew 6.3 percent in 2018. Aside from the yellow metal, the country also exports resources such as cocoa, oil, timber, electricity, diamonds, bauxite and manganese; they are all major sources of foreign revenue.

Ghana’s Minerals and Mining Act came into effect in 2006, and underwent improvements in 2014 to address an ongoing problem in the country’s mining industry: illegal gold mining. The Ghanaian government has had trouble with illegal small-scale gold mining, and those issues have put pressure on its relationship with China and caused trouble for its cocoa industry. The laws have been updated to criminalize illegal mining operations pursued by both Ghanaian citizens as well as foreigners.

For quite some time, Ghana has been the underdog to South Africa on the continent, despite being home to the prolific Ashanti belt, which has been mined for centuries.

The country is home to 23 mines, with a large portion of those being gold mines, which are operated by well-known companies both big and small; Newmont Goldcorp (TSX:NGT,NYSE:NEM) with its Akyem and Ahafo mines; Kinross Gold’s (TSX:K,NYSE:KGC) Chirano mine; and AngloGold Ashanti (ASX:AGG,NYSE:AU,OTC Pink:AULGF), which has committed to spending half a billion dollars on bringing its Obuasi mine back to production.

Samuel Coetzer, former CEO of Golden Star Resources (TSX:GSC,OTCQB:GLNS), told the Investing News Network (INN) that both Ghana’s exploration track record and the understanding of its geology is quickly improving. “There’s no surprise for me that it would have yielded a lot of gold and that it will continue to do so,” he added.

While the region is ripe with gold and more miners are benefitting from exploring and excavating its resources, there are still underlying factors that negatively affect the area and in turn mining in Ghana.

Since Ghana is located in West Africa it shares borders with Burkina Faso, which made the news for the wrong reasons earlier this year following the kidnapping and murder of a Canadian miner.

While Ghana itself is stable for the most part, the region is at risk of jihadist and separatist activity, the movement of arms, kidnappings, disease and political instability.

Chief Risk Officer Charles Dumbrille of In-D-Tel International spoke with INN, stating that Ghana is considered safer than the areas it borders, and is ahead in development, stability, the business community and infrastructure — but on relative terms. He mentioned that Ghana still inhabits various challenges that miners and investors need to consider.

One of the most crucial issues that Ghana faces is its continuous struggle with galamsey, or illegal mining. Illegal mining, while destructive, shows how large a role mining plays in the country.

“Galamseyers create dangerous working conditions that cause accidents on land granted to mining companies that have concessions or licenses,” said Dumbrille, who added that the environmental impacts of unregulated and unmonitored galamsey activity gave the industry a poor reputation.

Due to the ongoing illegal mining that the region faces, the government has placed together a military-led initiative called “Operation Vanguard” in 2018. The initiative exists to crack down on galamsey activity, with 2,185 illegal miners arrested last year, though only 76 were convicted of a crime.

While most illegal miners are Ghanaians, interestingly, Chinese nationals compose a significant percentage of galamseyers.

China’s ambassador to Ghana has admitted that Chinese nationals continuously engage in illegal activities in the area, but places blame on the Ghanaian government, stating that it doesn’t reach out to tell it when it has apprehended any of its citizens.

There are also some infrastructure concerns that Ghana faces, however, plans to fix this seems to be in place. Jeff Swinoga, EY Canada mining and metals leader, told INN that the government seems to be supporting an updated infrastructure in the region.

The Minister is granted assistance by the Minerals Commission, which is responsible for day-to-day administration and is permitted to perform a variety of specific duties, including advising the Minister on matters relating to minerals policy and on the granting of mineral rights.

As previously mentioned, one of the major up and coming developments is AngloGold Ashanti’s Obuasi project, which the company has committed to reopening with a US$500 million investment.

In order to do this, the gold miner signed a number of agreements with the government in early 2018 that cover development, tax concessions, security and even reclamation security to clear the site of the galamseyers who had overrun the project.

Obuasi has the potential to add an average of 350,000 to 450,000 ounces to Ghana’s gold production during its first 10 years in operation, with first gold expected by the end of this year. Several experts have alluded that there is very little evidence to suggest Ghana will fall away.

Christopher Galbraith of S&P Global told INN that commercial production in the region appears to be on stable ground, stating, “If Ghana’s small producers continue producing at current levels, and South Africa’s gold sector doesn’t pick back up dramatically (which is unlikely), then Ghana should continue occupying that top spot for some time.”

Swinoga also stated that he believes the government in the regions is moving in the right direction, as it is supporting mining, and added that, with more attention on the country, new technology and investment in infrastructure will continue to support the increase of production levels.

He added that the introduction of these technologies will help increase the output levels of gold, adding that he believes it is a sustainable endeavour.

Finally, growth potential can be seen through improved taxes in Ghana.

“Ghana cut its corporate tax rate in 2016 and 2017 and has a mineral royalty to a sliding scale based on gold prices, from a 5 percent flat rate,” noted Dumbrille.

Ghana also has an upcoming general election, which will take place in 2020. During this process, the president and members of parliament will be elected, meaning there could be policy developments as well as potentially populist promises.

In 2014, a windfall tax was put on hold due to the fact that the mining industry was stagnant. However, given that the government was considering introducing it to help with its deficit — echoing similar approaches in other parts of Africa,  though not on the same scale — it could make a return.

Large miners in the country have been producing impressive amounts of gold. Current big gold producers in Ghana with a market cap of US$200 million or more include Asanko Gold (TSX:AKG,NYSE:AKG) and AngloGold Ashanti. The former brought its Asanko gold mine into commercial production in April 2016. The latter wholly owns two gold operations in Ghana: Iduapriem and Obuasi. Iduapriem produced 228,000 ounces of gold in 2017, while Obuasi produced none as it is currently on care and maintenance.

The country’s largest mine, Tarkwa, is operated by Gold Fields (NYSE:GFI). Tarkwa, along with Damang, another of the company’s West African mines, produced 254,000 ounces of gold in 2018, the mine’s highest production since its acquisition in 2004.

Another large company operating in Ghana is Newmont, which has two gold-producing mines there: Ahafo and Akyem. In January 2018  the miner was ranked 328 out of 500 on Fortune’s list of most-admired companies.

Endeavor Mining (TSX:EDV) used to mine gold in Ghana, but in 2017 privately owned BCM International bought the company’s Nzema mine in the country for US$65 million. The deal closed in December of that year. Nzema is located on the south end of the Ashanti Gold Belt, and produced 87,710 ounces of gold in 2016, down 20 percent from the year before. There was no gold production from this mine last year.

Perseus Mining (TSX:PRU,ASX:PRU,OTC Pink:PMNXF) began commercial production at its Edikan gold mine in January 2012. Average gold production is estimated at 214,000 ounces per year over the remainder of its life, which is set to end in 2024.

Major miner Kinross Gold holds a 90-percent interest in the Chirano gold mine in Ghana, while the government of Ghana owns the remaining 10 percent.The mine commenced open pit mining in late Q1 2019 and produced 226,699 gold equivalent ounces last year..

Golden Star Resources has a stake in the Wassa mine through a 90-percent held subsidiary; Wassa has mineral reserves of 1.32 million ounces at an average grade of 2.37 grams per tonne gold. The company also holds the Prestea mine, which has operated for over 100 years and produced 149,697 ounces of gold in 2018.

Are you interested in Ghana gold? Tell us your favorite gold companies in the comments below. You can also let us know if we missed a Ghana gold company you think should be included.

Want and overview of investing in gold? Check An Overview of Gold Stocks and Price.

This is an updated version of an article published previously by the Investing News Network.