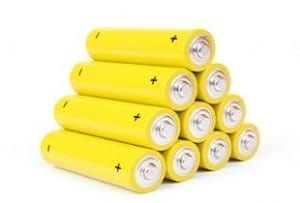 Here’s a look at some of the lithium juniors around the world and what they’ve been up to lately.

Beyond the major lithium producers, Albemarle (NYSE:ALB), Sociedad Quimica y Minera de Chile (NYSE:SQM) and FMC (NYSE:FMC), there are many smaller lithium companies looking to crack into the lithium space.
While it’s tough to keep up with what every lithium junior is up to, below we’ve provided brief overviews of what a number of them have been doing as of the end of Q1 2017. Read on to learn more, and if we’ve missed a lithium junior you think should be mentioned, please let us know in the comments. Companies are listed in alphabetical order, and had market caps of over $10 million as of March 31, 2017. This list focuses on stocks listed on Canadian, US and Australian exchanges.

Market cap: $31.35 million
Advantage Lithium and Orocobre (TSX:ORL) have a partnership under which they are advancing the Cauchari project in Argentina. On March 29, Advantage officially acquired a 50-percent stake in Cauchari, as well 100-percent stakes in five other lithium brine properties belonging to Orocobre. Advantage has the right to increase its interest in Cauchari to 75 percent.
Aside from its work at Cauchari, Advantage has assets in Mexico and has drilled at lithium brines in Nevada’s Clayton Valley.

Market cap: $231.19 million
Altura Mining holds a number of coal and lithium projects in Australia and Indonesia, including the Pilgangoora lithium project in Western Australia. It is located immediately south of a project with the same name that belongs to Pilbara Minerals (ASX:PLS).
On March 14, the company said that its mining contractor has started bulk earthworks at the project. Altura believes it has a “clear pathway to production” in early 2018.

Market cap: $10.57 million
Argentina Lithium & Energy’s goal is to acquire and develop high-quality lithium projects in Argentina in order to supply the lithium-ion battery market. It currently has the option to earn a 100-percent interest in the Arizaro lithium brine project, located in Argentina’s mining-friendly Salta province. The project covers 20,500 hectares, and is the third-largest property in the prolific “lithium triangle.”

Market cap: $160.47 million
Bacanora Minerals holds the Sonora lithium project, a clay-based project in Mexico. Bacanora has a joint venture agreement with London-listed Rare Earth Minerals (LSE:REM) over parts of the Sonora project. The company also owns the Magdalena borate project; it is in Mexico as well, and has the potential to help the company advance its lithium assets.

Market cap: $11.06 million
Argentina-focused Centenera Mining’s key projects are the Huachi copper–gold porphyry project, the Organullo gold project and the El Quemado tantalum-lithium project. Speaking about El Quemado, President, CEO and Director Keith Henderson has said, “our primary focus at El Quemado will of course be lithium, but the potential to produce tantalum as was done in the past adds tremendous value especially given the growing demand for conflict-free tantalum from the global market.”

Market cap: $111.68 million
Critical Elements is looking to advance its Rose lithium-tantalum project in Quebec. The company’s most recent news came in November 2016, when it reported high-grade lithium drill results at Lemare, another lithium project it holds in Quebec.

Market cap: $11.29 million
Enertopia describes itself as being actively engaged in generating transformative change in methods for recovering lithium from brine solutions. It is partnered with Genesis Water Technologies, and is looking at evaluating the feasibility of employing water treatment technology to recover lithium from brine. In March, Enertopia said that lithium carbonate purity testing on four lithium carbonate samples produced by Genesis Water Technologies was underway.

Market cap: $105.06 million
European Metals Holdings is advancing the Czech Republic-based Cinovec lithium-tin project. It is part of the historic Cinovec-Zinnwald Mining District, and over the last 600 years over 40,000 tonnes of tin have been extracted from the area. In February, the company upgraded the project’s indicated mineral resource, confirming its status as Europe’s largest lithium resource.

Market cap: $50.64 million
Frontier Lithium is advancing the PAK lithium project in Ontario. Exploration work done between 2013 and 2016 shows the deposit could be a near-term supplier of high-purity, technical-grade lithium concentrate. In February, the company began technical drilling at PAK, and said it expects a prefeasibility study to be done before the end of May.

Market cap: $11.48 million
International Lithium holds the Mariana lithium brine project in Argentina and the Avalonia hard-rock spodumene project in Ireland. It also has an interest in the Mavis lithium project in Canada, and has a partnership with China’s Ganfeng Lithium (SSE:002460).
The company provided an update on Mavis in March, noting that its strategic partner, Pioneer Resources (ASX:PIO), has completed the first drill program at the project. Prior to that, International Lithium, along with Ganfeng, provided a resource estimate for Mariana.

Market cap: $11.51 million
Li3 Energy’s main project is the Maricunga brine project in Chile, which covers approximately 1,888 hectares. The company holds a 49-percent interest in the project. In January, the company announced a merger under which it will be acquired by Bearing Resources (TSXV:BRZ).

Market cap: $11.69 million
LiCo Energy Metals is focused on exploration of metals used for lithium-ion batteries, including cobalt. The company has projects spread across Canada, the US and Chile: three lithium and one cobalt.
In January 2017, LicCo signed an agreement with Durus Copper Chile SPA, where LiCo can earn up to a 60 percent interest in the Purickuta Lithium Exploration Concession. Then in February, the company announced plans to begin an exploration program at the project.

Market cap: $34.81 million
Lithium Australia, previously Cobre Montana, is looking to produce lithium carbonate from lithium micas. It is partnered with Pilbara Minerals on the Pilgangoora project. The company also has a memorandum of understanding with Tin International to form a joint venture to develop the Sadisdorf tin project in Saxony Germany, where lithium mineralization is know to exist The partnership will conduct exploration metallurgical test work over 2017, with Lithium Australia earning an interest in the project
The company is in the midst of acquiring Lepidico (ASX:LPD).

Market cap: $128.07 million
Lithium X Energy’s focus is on becoming a low-cost supplier for the lithium-ion battery market. Its main asset is the Sal de los Angeles project in Argentina’s “lithium triangle.” The property covers 8,156 hectares and contains high-grade brine — its previous operator invested about C$19 million into it. The company is also exploring the district-scale, 33,846-hectare Arizaro project.
Midway through March, the company closed a bough-deal public offering for aggregate gross proceeds of C$15,010,000.

Market cap: $57.61 million
Diversified resource company MGX Minerals is engaged in the development of large-scale industrial mineral portfolios in western Canada, and currently holds lithium, magnesium and silicon projects in both BC and Alberta.
The company has a unique approach to sourcing lithium carbonate and other valuable minerals from the salt water that accompanies petroleum as it’s being pumped to the surface. This salt water is currently treated as a waste product, and MGX eventually hopes to integrate its extraction technique with existing environmental disposal  systems in oil and gas fields. Currently it is working to integrate its system with PurLucid Treatment solutions’ technology, which separates impurities from oil industry waste streams to produce clean water as a final product.

Market cap: $56.1 million
Millenial Lithium is focused on becoming one of Argentina’s next lithium producers. Its flagship project is the advanced-stage Pastos Grandes lithium project in the country’s Salta province. Its other projects include the Cauchari East and Cruz project, both of which are also located in Argentina. The company recently closed a private placement for proceeds of $5,937,500; it plans to put the money toward 43-101 resource drilling and general working capital.

Market cap: $416.74 million
Nemaska Lithium is a near-term producer, and plans to supply the battery market. It is one of the only companies in the world looking to produce lithium hydroxide directly instead of from lithium carbonate.
The company is developing its Whabouchi mine in Quebec, which is said to be the second-richest and largest lithium deposit in the world. The company announced in mid-March that it had produced up to 6.65 percent lithium oxide concentrate at Whabouchi. “With this concentrate production we have met another important milestone as we continue to de-risk our project,” said President and CEO Guy Bourassa.

Market cap: $171.72 million
Neometals is focused on advancing the Mt Marion lithium project with its partner, Mineral Resources (ASX:MIN). The companies are also developing the Kalgoorlie lithium hydroxide facility. In March, they announced that the second shipment from Mt Marion, which clocked in at 16,662 tonnes, had been shipped to Ganfeng Lithium’s receiving facility in China.

Market cap: $11.76 million
Nevada Sunrise Gold is focused on gold as well as lithium in Nevada. It holds three high-grade gold properties in addition to interests in six lithium properties covering a combined 20,000 acres within and adjacent to Clayton Valley. Advantage Lithium has the option to earn working interests in five of Nevada Sunrise’s lithium projects, and in March the two companies announced results from the first borehole at one of those properties.

Market cap: $542.57 million
As noted, Pilbara Minerals is focused on advancing its Pilgangoora project in Western Australia with Lithium Australia. It also recently acquired a stake in the Mt Franciso project. According to a press release, the company can earn up to an 80-percent interest in the project through funding $1 million in exploration and completing a feasibility study.

Market cap: $33.78 million
Pure Energy Minerals holds the Clayton Valley South project in Nevada. It plans to develop the project two stages. The first stage would involve pumping lithium brine to the surface, then extracting lithium, among other things, at a processing facility. The second stage would come after the commissioning of the first stage, and would include increasing the throughput of the processing facility by way of battery material and lithium waste streams.
The company is currently looking to expand its portfolio in Argentina. In March, it closed its acquisition of a purchase option agreement on the Terra Cotta project. Pure Energy has also started technical evaluation and design for its exploration program for the first half of 2017.

Market cap: $115.14 million
Wealth Minerals is focused on acquiring lithium projects in South America, and one of its main assets is the Atacama project in Chile. The company also holds the Trinity project, which is a consolidation of projects on three separate salars within close proximity to each in northern Chile: the Aguas Caleintes Norte, Pujsa and Quisquiro salars.

38 responses to “A Look at Junior Lithium Stocks”