Jean Francois Magnan, technical manager for Nemaska Lithium, explains why the company’s low-cost lithium hydroxide could be a boon for lithium-ion battery manufacturers. 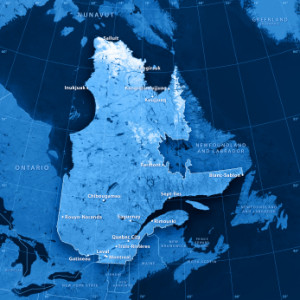 Commodities related to lithium-ion batteries will no doubt see an increase in demand in the near future, and Tesla Motors’ (NASDAQ:TSLA) decision to locate its gigafactory in Nevada brought that into the spotlight again this month.

One company that could benefit from an expected rise in demand is Nemaska Lithium (TSXV:NMX), which is taking a vertically integrated approach by simultaneously developing its processing technologies, Hydromet processing plant and 100-percent-owned Whabouchi hard-rock spodumene deposit, all located in Quebec.

At the end of August, the company published two key patent applications: one for its proprietary process for producing lithium hydroxide directly from hard-rock spodumene, and the other for producing lithium carbonate. Speaking to Lithium Investing News, Jean Francois Magnan, technical manager for Nemaska Lithium, was very positive on the news.

Traditionally, lithium carbonate is produced from spodumene and hydroxide is produced afterwards, not the other way around. However, Magnan believes that Nemaska stands to benefit from its unique approach as lithium hydroxide is preferable for lithium-ion battery manufacturers.

In a nutshell, lithium hydroxide is used to produce the cathode material for lithium-ion batteries. There are several types of cathodes for such batteries, including nickel–cobalt–aluminum oxide (NCA), widely used in electric vehicles, or nickel-manganese-cobalt oxide (NMC).

Some lithium-ion battery manufacturers may use lithium carbonate as an alternative, but due to the high nickel content in cathode materials such as NCA and NMC, producers of those cathodes can only use high-quality lithium hydroxide.

Furthermore, those who use lithium carbonate largely prefer the material because it’s usually less expensive. However, if companies were able to get their hands on lithium hydroxide with a predictable price, they could easily make the switch without having to buy any new equipment.

Magnan explained, “because hydroxide decomposes at a lower temperature, it accelerates the process. It uses less heat, less energy, so you produce more cathode material with less energy, and you can still use the same equipment.”

That’s definitely something Nemaska is planning to offer. With the company’s new demonstration plant, it will “produce hydroxide directly at a lower cost than most of the carbonate producers.”

Case in point: half of all producers of lithium-iron–phosphate (LFP) cathodes – including the two major LFP producers – currently use lithium hydroxide instead of carbonate, according to Magnan. The market for LFP alone is growing, pointing to even more need for lithium hydroxide.

All that said, Nemaska has patents for producing lithium carbonate from its hydroxide as well, as it wants to be prepared to offer both products to potential customers.

So how does Nemaska produce lithium hydroxide directly at such a low cost? In short, the answer is electrolysis. As Magnan explained, the process is quite similar to the one that is used to produce sodium hydroxide, and also uses much of the same equipment.

It seems like a great idea; however, despite the forecasted demand for lithium and the advantages of lithium hydroxide in battery production, Nemaska seems to be the only company targeting that material rather than carbonate.

Magnan did not know of any company pursuing an electrolysis-based process for producing lithium hydroxide, and knew of only one other company, Reed Resources (ASX:RDR) in Australia, that would like to produce hydroxide directly at all.

With those advantages, it’s easy to see why Nemaska wants to get its technologies patented.

Still, when asked whether or not he thinks another company might try to copy Nemaska’s process, Magnan replied that he isn’t worried. “It takes a lot more than just the patent,” he said. “You have to really know what you’re doing to commercialize it.” The technical manager noted the immense amount of research Nemaska has already conducted and cited access to low-cost, reliable electricity in Quebec as crucial for the success of its electrolysis-based process.

Furthermore, Nemaska’s Whabouchi mine is a key part of the equation that is not to be forgotten. As Magnan stated, “we have a good-quality deposit as well. If someone else wanted to apply this [process], they’d need a good-quality resource like that.”

Both sides of the equation

For Nemaska, vertical integration is more than just about hedging risk and increasing efficiency; the high-grade spodumene at Whabouchi is part of what makes the processing technology work. According to a feasibility study released in May for Whabouchi, the project contains proven and probable reserve of 20 million tonnes of 1.53-percent Li2O for an open-pit mine and proven and probable reserves of 7.3 million tonnes at 1.28-percent Li2O for an underground mine.

That makes it the highest-grade project of its kind in North America and second highest in the world – nothing to shake a stick at. Magnan also pointed out that the rock at Nemaska is also unusual in that it is “very homogenous,” which is key since varying grades can wreck havoc on production processes, making them much more expensive.

And with a mine life of 26 years, Nemaska will produce plenty of lithium hydroxide for years to come once the mine and its commercial plant are up and running.

Currently, Nemaska is developing a demonstration plant before the construction of its commercial-scale Hydromet plant. That strategy will “significantly reduce the cost of the commercial plant and derisk the overall project,” Magnan said. He stated that the company is “also currently working on the funding of the commercial plant,” but that it considers the demonstration plant extremely important in terms of optimizing and developing knowledge of its processing technologies.

As for Whabouchi, Nemaska is in the environmental permitting phase, and is awaiting final public hearings and approval regarding the project.

Certainly, investors interested in the lithium space will want to keep an eye on Nemaska and how both projects develop – especially if they are looking at lithium due to the predicted increase in electric vehicle battery demand.