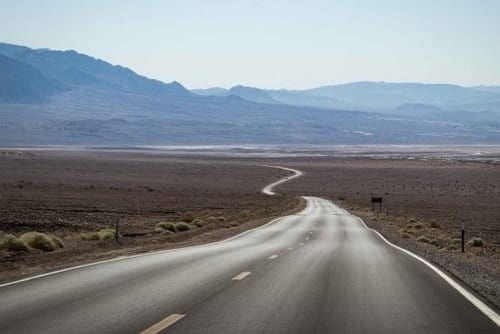 2019 was a year that saw copper move with the US-China trade war, with prices waxing and waning in tandem with the progression of the talks, as well as with rising supply concerns.

Copper started off the year on an uptrend, posting gains in the first quarter. The metal reached a high of US$6,570 per metric ton on March 1, but by about a month into the second quarter, copper’s price began to take a nosedive. The red metal dropped by nearly US$200 in one day at the beginning of May.

The price drop in Q2 coincided with US President Donald Trump’s doubling of tariffs on Chinese imports as a response to waning trade talks. Copper’s price has not recovered since this drop, decreasing by 2.3 percent from its price of US$5,964 on the last day of 2018 to US$5,822 in early December 2019.

Against that backdrop, President and CEO of Nevada Copper (TSX:NCU) Matt Gili, Copper Fox Metals (TSXV:CUU,OTC Pink:CPFXF) President and CEO Elmer B. Stewart, CEO of Foran Mining (TSXV:FOM) Peter Soares and Oroco Resource (TSXV:OCO,OTC Pink:ORRCF) CEO Craig Dalziel all offered their thoughts on 2019 and what’s ahead for the red metal in the new decade. Read on for their forecasts.

Before discussing what will come in 2020, the Investing News Network (INN) talked to the executives about how copper fared during 2019.

For Dalziel, 2019 was a year marked by surprise.

“At the end of 2018, our awareness of the increasing gap between projected production supply and world copper demand led us to believe that 2019 would bring a significantly stronger spot market for copper than what we have witnessed,” said Dalziel.

Soares was ultimately disappointed by copper’s performance this past year, remarking that the politics just did not allow the red metal to flourish as it deserves.

“Foran expected the economy in the US to continue to be strong and the demand for zinc and copper to grow. The reasoning … was that in an economy where infrastructure projects are needed to ‘Make America Great Again,’ and where the demand for electric vehicles (EVs) continues to grow, the commodities that are needed to support these projects would get bid up in price as demand rises.”

He added that Foran underestimated the lack of will in the US to advance infrastructure projects. As well, the company did not foresee the slowing of the Chinese economy.

Stewart echoed this sentiment as well.

“We expected copper prices to be higher in 2019, and they collapsed in April 2019,” he said. “We believe the rapid decline in the copper price was the most challenging aspect, which resulted from a variety of issues, including the US-China trade dispute.”

Nevada Copper remains hopeful that 2020 will bring good news after 2019’s down market.

“It takes a lot of reserve; it takes a lot of persistence and resolve when you see that the current copper price is not what you would hope it would be,” said Gili. “We always go back to the fundamentals of supply and demand, and the demand fluctuates somewhat, but generally it stays relatively steady at about a percent, percent and a half. Where we see our advantage is supply.”

Despite the downturn during 2019, many CEOs are optimistic regarding the new year, pointing to a push for the red metal due to electrification and the eventual solution to trade talks as their main reasoning.

“We do believe that the tide is turning and that the interest in commodities is growing. Smart investors are making investments now and positioning themselves for the next few years. For investors looking for value investments, the only cheap sector remaining in the stock market is the commodity space,” Soares explained to INN.

“The developed world governments are going to have to rebuild infrastructure, an area in most western countries that has been ignored for far too long,” he added. “(Banking chairs) have publicly stated it is time for governments to strengthen the economy by spending. The fiscal spending push is on. This is going to be great for copper.”

Copper Fox Metals was a little more conservative with its assessment of the future, but shared Foran’s belief that copper will prevail in the long term.

“We believe 2020 will be more of the same as all commodity prices are at low prices,” Stewart said. “However, a stronger copper price may evolve as the demand continues to increase. There are currently issues with civil unrest, and delays in new projects coming online and into production exist.

“Copper is a good long-term prospective, especially as the world moves toward EVs, urbanization and renewable power. Investors should always perform their own due diligence, and we would recommend them to focus on safe geopolitical jurisdictions,” he added.

For Dalziel, the lack of copper available to quench growing demand is a concern, and is something his company will try to combat in 2020.

“For companies like Oroco, the challenge relates more specifically to a lack of understanding of the critical supply or production shortage that is developing,” he said. “Simply stated, while global consumption demand is increasing, the availability of viable production opportunities necessary to meet that demand is not occurring, and that condition is not expected to change.

“It is our assessment that the pending supply shortage will first manifest itself in merger and acquisition activity globally as the major miners look to secure copper production opportunities,” he added. “This, in fact, is already happening. In time, which we are estimating will be in later 2020 or early 2021, spot copper prices will reflect the developing production shortages, particularly for the reason that, as an industrial metal, there is no practical substitute for copper.”

Copper forecast 2020: What’s ahead for companies

The companies in the copper sphere that INN spoke with are optimistic regarding their projects in 2020, with many making progress or planning on breaking new ground in the new year.

Copper Fox Metals intends to complete an updated resource estimate on the Van Dyke project, in addition to finishing a 2019 work program at its Schaft Creek project.

In 2020, Soares expects the electrification boom to take off and push base metals prices to all-time highs.

“The bargain that investors are getting in the current space is unbelievable,” Soares said. “They need to do their homework and invest carefully now before the demand rises.”

Nevada Copper also expects a fruitful 2020 given the projected rise in demand, and will be focused on its Pumpkin Hollow asset, which entered production in mid-December.

“There’s not a lot of other deposits that are in production right now, many of the existing deposits that have historically been major copper producers are starting to change — you see the trend in copper head grades, you’ve got the grade of ore declining,” said Gili.

Oroco Resource also has many projects in its pipeline, which Dalziel is excited to see come to fruition in the new year.

“Oroco has a number of catalysts pending, including shareholder approval of the acquisition of the controlling interest in Santo Tomás, a large porphyry copper project in Mexico; the formal registration of that controlling interest in Oroco’s operating Mexican subsidiary in January of 2020; and the commencement of a confirmation drill program on the Santo Tomás property around the end of the first quarter of 2020,” he said.

Editorial Disclosure: Copper Fox Metals, Nevada Copper and Foran Mining are clients of the Investing News Network. This article is not paid-for content.