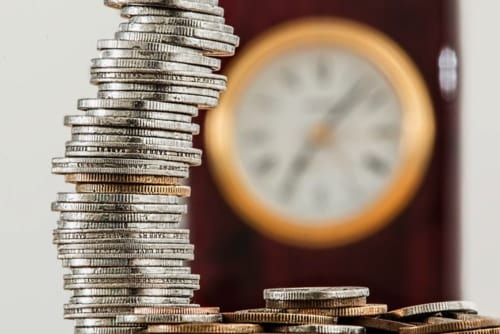 As 2019 draws to a close, many investors are looking ahead to what will happen to platinum next year. Read on for our 2020 platinum outlook.

Platinum didn’t experience the same 2019 gains as its counterpart palladium, but as of late December the gray metal was still up 16 percent year-to-date, propelled by strong tailwinds in the precious metals sector and mounting geopolitical unrest.

In January, the price of platinum was at US$794 per ounce, but by the end of the month it had slipped to its lowest point of 2019 at US$785. The drop took the metal almost exactly US$200 lower than its year-to-date high of US$986, which was recorded on September 4.

Like silver, which failed to register the same gains as its sister metal gold, platinum has played second string to palladium for most of the year. Restrained demand from diesel vehicle manufacturers, which use the metal in emission-reducing catalytic converters, has weighed on sentiment.

With the start of 2020 rapidly approaching, many investors are looking ahead to what will happen to platinum next year. Here the Investing News Network (INN) details platinum’s price performance in 2019 and what companies and analysts anticipate from the metal in 2020.

While demand for platinum from the jewelry, automotive and industrial sectors was down in 2019, investor interest helped keep the gray metal in the green for most of the year, with the greatest price increase happening in the last four months of the year.

“It is encouraging to see investment demand for platinum growing rapidly in 2019, and we expect this trend to continue. We believe our ongoing efforts in product development through global partnerships, plus platinum’s discount to gold, will support continued, solid retail investment in bars and coins,” Paul Wilson, CEO of the World Platinum Investment Council (WPIC), said in March.

The international platinum organization predicted a 5 percent surge in demand for 2019, driven by increased investor participation; however, that uptick in demand ultimately did not result in significant price growth because there was a supply surplus heading into the year.

Platinum’s solid Q1 performance was followed by a more volatile Q2. Heading into April the price was at US$849, and the metal quickly peaked at its highest price for the quarter a few days later at US$912.

From there, platinum spent the rest of the quarter weighed down by a strong US dollar and easing geopolitical relations, dropping from US$900 at the end of April to US$807 by June 25.

Platinum did begin to experience some momentum at the end of the three month session, as FocusEconomics points out in a Q2 report.

Platinum experienced the most gains in the latter half of the year, when its price climbed from US$831 at the end of June to US$986 in early September.

At the end of July, INN spoke with Trevor Raymond, director of research at the WPIC, who touched on the decline in the automotive sector, which he said was less dramatic than he originally expected.

“It’s turned around slightly. The rate of decline is a lot slower, and we’ve seen a rise of diesel car sales in Germany. If that settles at 33 or 34 percent rather than 25, each 4 percent is an extra 100,000 ounces of demand, so I think that’s been the main driver (of interest in platinum).”

He also noted that the rising palladium price had benefited the value of platinum.

Following its September 4 peak, platinum’s Q4 low was registered on November 11 at US$867. Since then, the price has steadily moved higher and was trading for US$927 as of December 17.

Despite a positive six months in the platinum space, Rohit Savant, vice president of research at CPM Group, pointed out that investors aren’t willing to go all in on the versatile metal.

“Platinum remained in surplus (total newly refined supply exceeded fabrication demand),” he wrote in an email to INN. “Investors were buyers of this surplus on price declines, but were unwilling to push up the price aggressively to add the metal to their holdings.”

Even though individual equities did not see the level of engagement that was hoped for, platinum exchange-traded funds (ETFs) experienced record growth in 2019.

“Stellar investment demand performance is the highlight of 2019,” wrote the WPIC’s Wilson in November.

“The particularly strong investment demand in the first half of 2019 continued in Q3 and into Q4 with the increase in ETF holdings of 1 million ounces, the highest seen since physically backed platinum ETFs were launched in 2007.”

Higher interest in platinum ETFs is likely to remain a main factor in price growth for the next few years.

“This ETF buying by large institutional investors, who typically take 2 to 3 year views and positions, reflects the value opportunity they see; driven by future demand growth potential and constrained supply,” continued Wilson. “It also reflects recognition that evidence of this, often played-down, demand growth, will now be realized in the short-term and within the investment horizon of their funds.”

While much of the precious metals focus has been on palladium this year, Mercenary Geologist Mickey Fulp told INN at the New Orleans Investment Conference in November that platinum is a better place for investors to park their money right now.

“I didn’t think (palladium) was going to US$1,800 (per ounce); I didn’t think it was going to go to US$1,200. It’s just gone out the roof,” he said. “When metals go exponential, or any financial market of any kind when prices go exponential, they will go parabolic and come right back down the other side, so I wouldn’t be buying palladium right now, I would be buying platinum.”

For Thom Calandra of the Calandra Report, the fact that platinum hasn’t hit the heights of palladium or gold offers a value opportunity.

“Platinum has underperformed; it’s traditionally been higher than the gold price,” Calandra told INN on the sidelines of the New Orleans Investment Conference.

“By all rights you’d think platinum should be US$1,400, US$1,500, US$1,600 … which is exactly where palladium is, but we have had some hiccups with diesel — the Volkswagen (FWB:VOW) diesel scandal — and some labor shortage problems,” he commented.

Junior explorer New Age Metals (TSXV:NAM,OTCQB:NMTLF) is optimistic about what 2020 will hold for the platinum-group metals (PGMs) market and the company.

“The industry specialists all agree that PGMs look attractive for the foreseeable future (minimum the next two to three years) — increasing demand and limited supply are driving the palladium and rhodium prices,” said Harry Barr, president, CEO and chairman at the firm.

“Platinum pricing does not seem to be as encouraging, but analysts are predicting small increases in both price per ounce and industry demand going forward.”

The PGMs- and lithium-focused explorer is currently working to develop its River Valley PGMs project near Sudbury, Ontario.

“Although this project has a lot of exploration work completed to date, management has also established a plan going forward for exploration and development outside of their plans to complete a prefeasibility and feasibility study over the next two to three years,” Barr added.

“Platinum prices are expected to move sideways to higher over the course of 2020. Investors remain unconvinced that platinum’s supply and demand trends are supportive of rising prices at this time. That said, the relative discount of platinum to palladium is keeping investors interested in this metal.”

Savant went on to point out that currently the sector is fairly fluid and could react to a number of possible market catalysts and events.

“A slowing global economy, a shrinking market share of diesel passenger vehicles, and the removal of a South African labor strike-related supply disruption are expected to act as headwinds for platinum prices,” he concluded.