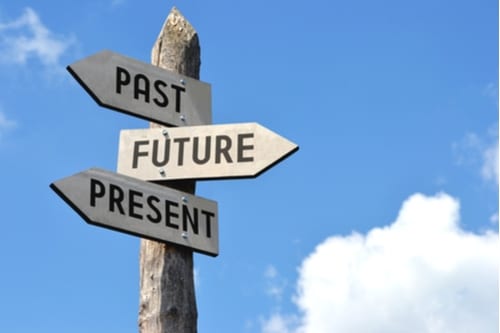 Palladium prices have climbed almost 54 percent over the course of the year. Read on to find out about the 2020 palladium outlook.

The precious metals sector has had a positive year, with most price growth occurring in the last six months of 2019. However, one metal in particular has fared far better than the rest.

Palladium has climbed almost 54 percent during the 12 month period, driven by strong demand in the automotive sector as manufacturers increase use of the metal in emissions-reducing catalytic converters. Those conditions have been paired with a reduction in supply.

The gray metal took the precious metals lead early on, and its gains have allowed it to trend above its cohort metals for the year. Even gold was left in its wake as palladium surpassed the yellow metal a year ago for the first time in 16 years and never looked back. The palladium price hit a record high near the US$2,000 per ounce mark at the end of December of this year.

As 2019 comes to a close, many investors are looking ahead to what will happen to palladium in 2020. Here the Investing News Network (INN) details palladium’s stellar price performance this past year and what companies and analysts anticipate for the metal’s year ahead.

Palladium started January at US$1,254 and quickly gained momentum as supply continued to tighten and demand from gasoline engine automakers increased.

The important auto sector metal hit its highest point for the first quarter on March 21, when it broke the US$1,610 point; that was the first of a series of record highs for palladium in 2019.

The bull movement was attributed to concerns that the metal’s supply deficit would be deepened by a potential output cut from the world’s second largest producer of palladium, Russia.

While some analysts believed palladium’s rise would be corrected early in the year, the metal went on to continue its rally, save for two brief periods in Q2.

At the onset of the three month session, the metal had slipped from the US$1,600 range to US$1,344. Palladium’s lowest point for the quarter came on May 9, when the metal was trading for US$1,282, but this was still higher than its price point at the start of the year.

According to a FocusEconomics report from March, prices appeared to be running ahead of fundamentals, prompting analysts polled by the firm to predict a correction.

“Softer global economic momentum could also feed into lower demand for the metal. However, palladium prices should remain elevated by historical standards, supported by the ongoing supply deficit, the shift away from diesel vehicles and tighter environmental regulations,” the report notes.

After the May value slip, prices steadily ticked higher, arriving back in the US$1,600 range by mid-July.

Supply and demand dynamics continued to be the main motivator for prices, while the other precious metals fought headwinds from a strong US dollar and easing geopolitical tensions.

In a market report from May, Metals Focus, a precious metals consultancy group, estimated a supply deficit of 574,000 ounces for 2019.

Speaking to INN, Vice President of Research at CPM Group Rohit Savant noted that there was growth in the palladium investment sector in 2019, which was further compounded by supply and demand fundamentals in the space.

“Tight market conditions driven to a very large extent by strong investor interest in the metal was the primary factor driving palladium prices to record highs over the course of 2019,” he said.

“This strong investor interest has been supported by strong fabrication demand fundamentals for the metal, as well as the ongoing strength in palladium prices, which is preventing most palladium investors from selling their inventory and has been attracting new buyers that are willing to chase prices higher in order to add metal to their portfolios.”

The latter half of 2019 saw the most significant growth for the gray metal, which started H2 at US$1,565.

When INN spoke with Jim Gallagher, president and CEO of North American Palladium, at the Denver Gold Forum in late September, the head of the Canadian miner said he believed market constraints would drive prices even higher.

“It’s a tight market moving forward for the next couple of years,” he commented. “So potentially even though we set records last week at an over US$1,600 closing price … we expect that that price is going to continue to go up, perhaps for the next two years.”

North American Palladium has since been taken over by Impala Platinum (OTC Pink:IMPUY,JSE:IMP) in a C$1 billion deal.

Supply constraints and increasingly rigid environmental standards around car emissions in Europe and China were credited with influencing the price growth, as 80 percent of all produced palladium is used in catalytic converters.

For the last quarter of 2019 palladium has again rocketed higher, with its lowest point coming at the beginning of October: US$1,662.

A milestone price point occurred for the metal on November 1, when it breached US$1,800. Palladium’s last record for 2019 came on December 13, when the metal hit its all-time high of US$1,987. Since the beginning of H2, the price of palladium has climbed 24 percent.

Palladium’s record year came as a surprise to many analysts INN spoke to over the course of 2019. In November at the New Orleans Investment Conference, Lobo Tiggre, CEO of Louis James LLC, said that he doesn’t see the price continuing its bull trend.

“Even most of the reasonable palladium bulls that I know, they don’t imagine that prices will stay there forever. I was surprised when it hit the same price as gold and I was more surprised that it stayed up.”

Tiggre, who is also the founder of Independent Speculator, thinks it may be too late for investors to try and benefit from palladium’s movement, especially since he doesn’t see supply constraints supporting higher prices for a prolonged period.

“I’m a speculator; I’m not a wild gambler,” he said. “So since I can’t convince myself that it has to go higher, I’d rather miss that boat than jump on the bandwagon now and find out. I’m the guy who is the last one to have bought, and when the music stops I’m standing there holding the bag.”

As the price continues to reach new highs, there has been some speculation that gasoline car manufacturers could opt to switch the expensive metal for its cheaper sister metal platinum.

However, this is a concept Tiggre said is more complicated than simply interchanging one for the other.

“As long as the economy holds together we think palladium will do well,” Rule told INN in New Orleans.

“There were a lot of fabrication technologies that were put in place when palladium was cheaper that give it, in the near term, a structural advantage over platinum. And of course, gasoline engine sales are doing better than diesel engine sales and palladium is more efficient in catalytic converters for gasoline, so as long as we don’t go into a global recession I think the palladium markets are very, very intact.”

CPM Group’s Savant noted that a global economic slowdown could potentially impact the fabrication and industrial uses of the gray metal, which would act as a headwind to price growth.

While a potential economic slowing is top of mind for market watchers and investors, junior explorer New Age Metals (TSXV:NAM,OTC Pink:NMTLF), which is focused on developing its platinum-group metals asset near Sudbury, Ontario, pointed out that the high price point has kept some investors away.

“The downside to the significant price increase in palladium is that we have received very little interest from equity investors,” said Harry Barr, president, CEO and chairman at the company. “The lack of new equity investors is also apparent in the gold and silver equities even though in the late summer/fall 2019 these metals did rally in price.”

Mercenary Geologist Mickey Fulp expects a price correction in the near term, one that may be dramatic.

“I didn’t think (palladium) was going to US$1,800; I didn’t think it was going to go to US$1,200. It’s just gone out the roof,” Fulp told INN in November. “When metals go exponential, or any financial market of any kind when prices go exponential, they will go parabolic and come right back down the other side. So I wouldn’t be buying palladium right now, I would be buying platinum.”

However, Savant sees a steady growth trend when it comes to palladium over the next 12 months.

Should You Invest in Silver Bullion?
Gold Producers Leveraging Investments and Acquisitions
The Uranium Market is Heating Up — Is it Time to Get In?
Silver’s Role in a Healthy Future After COVID-19

12 responses to “Palladium Outlook 2020: Metal of the Year Still Poised to Grow”