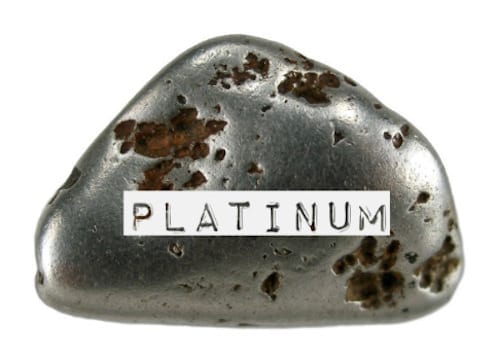 What happened to platinum in H1 2019? Our platinum price update outlines market developments and explores what could happen moving forward.

Platinum was relatively overlooked for its sister metal palladium in the first half of the year, but the precious metal still managed to gain over 5 percent during H1 2019.

Prices for platinum were mainly weighed down by a lack of demand for diesel-powered vehicles in Europe and China, as the metal is primarily used in catalytic converters for these vehicles.

However, while overall demand for the metal is still down year-to-date, rising palladium prices have prompted some experts to suggest that platinum’s popularity could rise if substitution comes into play.

Read on for an overview of the factors that impacted the platinum market in H1, plus a look at what investors should watch out for in the months to come.

The price of platinum increased by 5.45 percent for the entirety of H1, and the metal made significant gains in the first quarter of 2019 when it climbed 13.69 percent. As the chart below from Kitco shows, the precious metal broke through during the period, rising fairly consistently.

Platinum enjoyed its biggest increase of the quarter on March 1, when it traded at US$857 per ounce thanks to miner strikes in South Africa. As the prospect that labor disruption could negatively affect the metal’s supply was introduced, prices began to rise.

The lowest point for platinum came around the beginning of the quarter, when on January 18 it closed the day at US$797 on the back of a strong US dollar and supply continuing to outpace demand.

While platinum managed to make gains during the first three months of 2019, the remainder of H1 saw the metal dip 5.19 percent. As shown on the Kitco chart below, the metal was either on the decline or stagnant through the majority of Q2, reaching its highest level on April 8, when it traded at US$907.

The metal saw some support from stronger investment demand, which was most likely the result of the substantial price difference between platinum and palladium.

Platinum hit its lowest point around the middle of the quarter, when it changed hands at US$791 on both May 29 and 30. The metal dipped due to the ongoing issue of oversupply paired with a lack of demand.

As the second half of the year begins, investors interested in the platinum market should be aware of a number of factors that could impact the metal’s price.

Diverse market watchers have noted that for the remainder of 2019 the metal will likely be influenced by the greenback’s movements, an increase in investor demand and the potential for more platinum to be used in gasoline cars.

As FocusEconomics has pointed out, platinum prices were relatively flat during the second half of H1, but received a boost in June as the dollar declined due to both geopolitical and economic issues.

“In late June, prices received a boost from the weaker US dollar, less encouraging economic data from major economies, and elevated US-China trade tensions, which bolstered safe haven demand,” notes the firm in its latest report.

The report states that an increase in investor demand was partially responsible for the uptick in prices.

In addition to these factors, most of which heavily impacted prices in the second quarter, Trevor Raymond, director of research at the World Platinum Investment Council (WPIC), told the Investing News Network (INN) that there were three key trends that the metal experienced during H1.

In fact, in its report on platinum for Q1 of this year, the WPIC states that the metal’s demand rose 32 percent year-on-year thanks to the substantial increase in ETF investment.

As per the WPIC’s report, the majority of the growth in that segment came from South Africa, where investors added 418,000 ounces to their holdings.

Finally, prices in H1 were also affected by the fact that platinum remained — and still remains — in a surplus, although this is expected to decline. The WPIC has revised its surplus forecast of 680,000 ounces down to 375,000 ounces, thanks to the impressive increase in investment demand.

Despite platinum’s lackluster performance in Q2 of this year, several industry insiders foresee the metal edging up during the second half of 2019.

Raymond said that there are several factors working in platinum’s favor — the first being the surging price of palladium paired with its supply deficit.

“Platinum and palladium can be substituted on a 1:1 ratio in gasoline cars. When the prices differ greatly or availability is uncertain this substitution is more likely,” he said.

Essentially, this means there is a greater chance that platinum may be used as a substitute for its sister metal, which could shrink the platinum surplus and increase the metal’s price.

Analysts at FocusEconomics agree with Raymond, seeing platinum prices rising slightly from their current level looking ahead thanks to strong investment demand.

“The extent of substitution for palladium in vehicles and the evolution of the global economy will all be important factors to watch going forward,” they said in the firm’s report.

Both camps seem to agree that things may get worse (or remain stagnant) for the precious metal before they get better — but they will get better eventually.

“Prices will still be muted by recent historical standards, constrained by a supply overhang and weaker automotive demand,” the FocusEconomics analysts said.

As for Raymond, he told INN that platinum’s surplus most likely will not get better until next year, but its demand will see an uptick before this year comes to a close.

In terms of price predictions, panelists polled by FocusEconomics believe that platinum will climb to an average price of US$844 in the fourth quarter of 2019 before making even further gains to reach an expected average of US$955 in Q4 of next year.

The panelists estimate that the average platinum price for Q3 2019 will be US$875. The most bullish forecast for the quarter comes from Emirates NBD, which is calling for a price of US$950; ABN AMRO Bank (AMS:ABN) is the most bearish, with a forecast of US$790.