OTC Markets Group recently released its 2015 OTCQX Best 50 list, which ranks the top-performing companies on the OTCQX Best Marketplace in 2014. Here’s a look at the top 10 companies from the resource space. 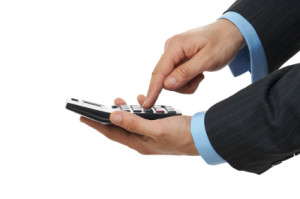 This year’s list includes 10 companies from the resource sector, with gold companies taking six spots. Here’s a look at which mining companies made the cut and what they did last year to get the attention of investors.

The company definitely did many noteworthy things last year, including opening its Hectatone organoclay plant and securing US sales contracts for Hectatone. It has continued to make waves in 2015, announcing in February that it produced 99.8 percent purity lithium carbonate during the first trial run at its demonstration plant in Germany.

Niobium-focused Niocorp came in second place with a 961-percent change in average daily dollar volume. In 2014, its share price reached a low of $0.14 and a high of $0.71.

The company’s Elk Creek project received a lot of attention last year and was featured in Thomas Schuster’s Rocks to Riches equity research report. Most recently, Niocorp updated the PEA for Elk Creek, increasing its after-tax NPV from US$562 million to $606 million and reporting an IRR of 14.6 percent. The company also extended land agreements at the property not long ago.

Brazil Resources kept busy during 2014, starting the year with the release of NI 43-101 resource estimates for its São Jorge, Boa Vista and Surubim gold projects in Brazil. It also advanced other projects, reaching a significant permitting milestone at its Cachoeira project in May and announcing results from a NI 43-101 technical report at its Rea uranium project in the Athabasca Basin.

Novo began drilling at the Beatons Creek property in Western Australia in September last year and has been focused on its development ever since. It gained 100-percent interests in mining leases for the project in February 2015 and released assay results soon after, including 6 meters of 8.77 g/t gold. Further assays released in April include intercepts of 3 meters at 3.4 g/t gold, 1 meter at 27.79 g/t gold, 2 meters at 6.92 g/t gold, including 1 meter at 12.76 g/t gold, as well as 3 meters at 8.19 g/t gold.

Klondex acquired the Midas mine and ore mining facility in Nevada in February 2014, and is now producing gold there as well as its Fire Creek property. Most recently, the company reported its operational results for the first quarter of 2015, noting that mined gold increased by 147 percent from the year-ago period, to 55,191 gold equivalent ounces, while milled gold saw a 16-percent increase to 57,664 ounces.

Last year, Klondex’s share price achieved a high of $1.98 and a low of $1.48. The company’s average change in daily dollar value was 113 percent.

Vancouver-based Columbus Gold is primarily focused on developing its Paul Isnard project in French Guiana, and the Montagne d’Or gold deposit there has returned some impressive results.

For instance, last June, the company released a mineral resource estimate for the deposit. It points to an estimated 140.1 million tonnes at an average grade of 1 g/t gold for a total of 4.31 million contained inferred ounces of gold. Columbus then completed a Phase II drill program at the deposit in November 2014, with a slew of positive results following close behind.

Nautilus is a unique company in that it’s the first to explore for polymetallic seafloor massive sulfide deposits. It secured financing in 2014 to develop its main project, Solwara 1, which is located near Papua New Guinea. Resource Investing News had the pleasure of getting more detail about the project from CEO Mike Johnston this past March.

Editorial Disclosure: Trevali Mining and Klondex Mines are clients of the Investing News Network. This article is not paid-for content.