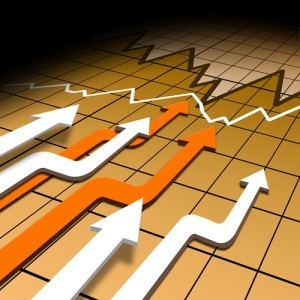 Here’s a look at the top five gainers.

Canada-based exploration-stage company Argus Metals gained 128.57 percent last week. It had a trading volume of 210,900 during that time.

The company explores and develops mineral projects in North and South America and is primarily focused on its Hyland gold project in the Yukon’s Watson Lake Mining District. The project contains 299 quartz claims over 13,595 acres of prospective gold mineralization. Other Argus gold projects include the IKE Selwyn Basin project, also located in the Yukon.

It is currently exploring the Talapoosa project, initially discovered by prospectors in the 1860s. Talapoosa is a gold/silver property in Western Nevada and is part of the Walker Lane gold trend. Its measured and indicated resources include 1.01 million ounces of gold and 13.6 million ounces of silver.

Red Tiger Mining gained 39.53 percent last week. The Canada-based company, which used to be called Zaruma Resources, operates in Mexico and focuses on exploring for, developing and mining copper and gold resources.

Its projects include the Luz del Cobre copper project in the Mexican state of Sonora, which could produce an average of 15 million pounds of cathode copper annually, according to the company’s website.

In late August, Red Tiger announced that it had produced 2,057 tonnes of COMEX Grade 1 copper and sold it for an average price of $3.28 per pound during the six-month period ended June 30.

Sacre-Coeur Minerals explores for and develops mineral projects in South America. It gained 33.33 percent last week and had a trading volume of 89,867.

Sacre-Coeur is currently focused on its gold properties in Guyana, where it holds a 100-percent interest in about 377 square miles of mineral concessions. It began exploring for gold in Guyana in 2005. The company’s Million Mountain gold project has produced 451,397 troy ounces of gold so far, its website notes.

The Northwest District Block gold project is also a prime target for Sacre-Coeur. The company has about 174 square miles of prospective mineral concessions in the area. Testing at the site indicates that one area could contain 7.9 g/t gold, while another grades 6.9 g/t gold.

This mineral exploration company operates in Canada and South America. It saw a 33.33-percent increase last week and had a trading volume of 506,319.

On September 16, Coastal announced the initial results of the 2013 resource definition diamond drill program at the Newfoundland-based Hope Brook gold project, in which Coastal Gold holds a 100-percent working interest.